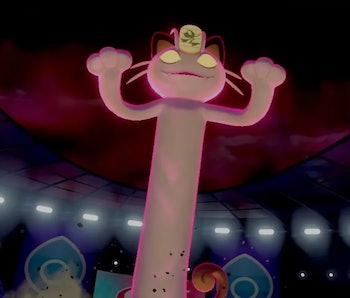 The Galar region is Pokémon Sword and Shield is rife with creatures to battle and catch to complete your Pokédex. Attempting to catch ‘em all involves a lot of grinding to level up your team and some special steps to evolve certain Pokémon. But Sword and Shield does gamers the occasional solid with free Pokémon and collectables.

Mystery Gifts have been a part of the franchise since Generation 2, but Sword and Shield added its own menu for the system. Players can access it by pressing the X button and navigating to the bottom-left option. The game will then prompt you to “Get a Mystery Gift,” which you’ll need to connect to the internet to redeem.

Mystery Gifts are only available for a limited time and can only be collected once. The Pokèmon Company has already announced a couple of them, and more are presumably on the way.

From November 16 to 25 players could receive a download code for a unique track suit outfit for their trainer from participating Walmart stores across the United States. Right now, you can claim a Gigantamax Meowth and have the chance to catch Gigantamax Snorlax.

How to get Gigantamax Meowth as a Mystery Gift?

If you pick up a copy of Sword or Shield before January 15, you’ll receive a Gigantamax Meowth through the Mystery Gift menu. This specific Meowth won’t be able to evolve, but it will able to take on a Gigantamax form with better stats and G-Max moves.

How to get Gigantamax Snorlax as a Mystery Gift?

Gigantamax Snorlax is now available to catch in Max Raid Battles until “early January”. To get an opportunity to catch this absolute unit you’ll need to head over the Mystery Gift menu and select the “Get the Wild Area News” option to unlock it.

Unlike Gigantamax Meowth, the game won’t give you Gigantamax Snorlax. You’ll still need to get lucky with Pokémon dens in the Wild areas and hope it spawns when you’re playing.

What Sword and Shield freebies could be next?

The Pokémon Company has announced several online “events” during the few weeks Sword and Shield have been out and they’ll likely announce more moving forward. These slightly differ every time, but it’s possible that more Gigantamax Pokémon will be added to the list of 24 that are currently available.

Since both the Gigantamax Meowth and Snorlax events end in early-to-mid January, it’s likely that a new Mystery Gift event will come around in February or March to follow them up. These will all likely be limited-time so check back on the Mystery Gift menu every so often if you don’t want to miss out.

Pokémon Sword and Shield are available now for Nintendo Switch.