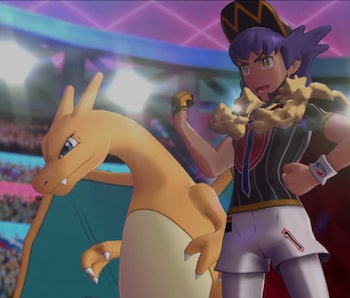 Pokémon Sword and Shield have finally arrived on Nintendo Switch, and despite sparking controversy among the fan community, have become the console’s fastest-selling title yet. But even if you’ve already beat the main story, there’s plenty more to do. When you’re in Sword and Shield’s post-game, a little increase in stats can make a world of difference. That difference often comes from IVs, hidden stats that affect your Pokémon’s base abilities. You can make them far less mysterious, however, with the IV checker.

How does one unlock the IV Checker?

The IV checker allows you to check your Pokémon’s IVs right from the comfort of your storage box, which is accessible from anywhere in the world. How can you unlock this magical device? Well, it can be done in just a few short steps.

Now you can check your Pokémon’s IVs from anywhere in the world, via your handy-dandy Rotom PC.

Once the IV checker is in your inventory, checking your Pokémon’s IVs is a simple task that can be completed anywhere. You’ll be able to see more information about six different stats for every Pokémon: HP, Attack, Defense, Sp. Attack, Sp. Defense, and Speed.

First, highlight a Pokémon whose IVs you’d like to check. Second, press the “+” button on your Nintendo Switch. Now, a word will appear next to each stat. Here’s the values they signify:

Here’s an example of what it looks like in the game:

The higher the IVs, the better your stats. There will also be an overall assessment of your Pokémon below the more specific stat chart. Hopefully, you’ve got a good Pokémon, stat-wise. These may be small stat increases, but on the competitive scene, every stat counts for your path to achieving victory.

Up for more post-game hijinks? Check out our guide to getting the Sword and Shield box legendaries, Zacian and Zamazenta and how to take advantage of the stat-boosting perks of Poké Jobs.

Pokémon Sword and Shield is now available in stores everywhere.