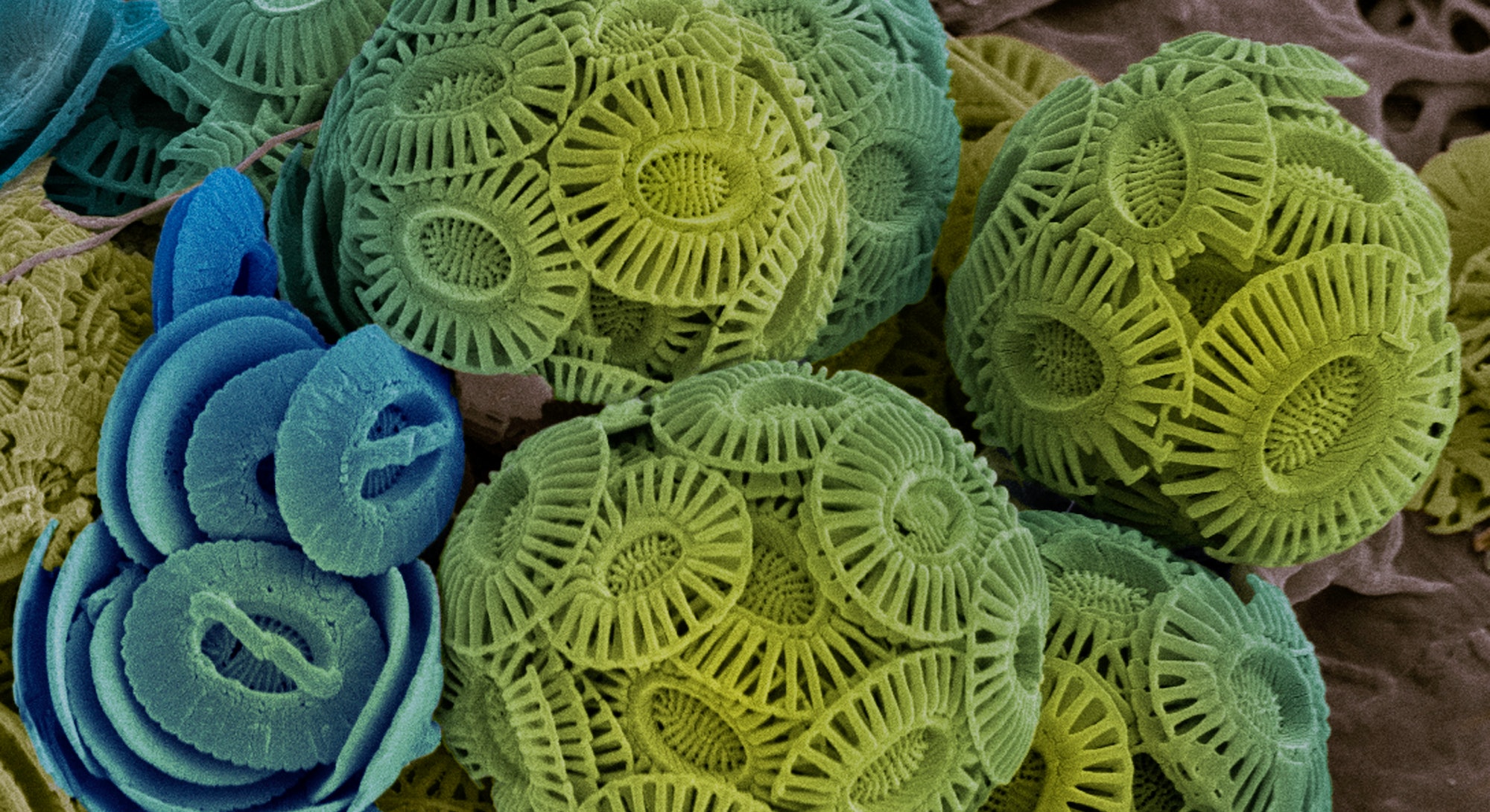 Beneath the ocean’s surface, there is a landscape marked by its biodiversity. Only by venturing under the water can scientists study the vast number of species living there — from giant blue whales to tiny marine animals like plankton and other microbes.

The sheer variety and number of these tiny animals is largely invisible to the naked eye. But data collected during ocean voyages around the world can reveal some of the details of the oceans’ micro-diversity. And now, thanks in part in part to the Tara Oceans Expedition, scientists have the clearest picture yet of these microbial species’ biodiversity — and why it may be in danger — and why it may be in danger.

The findings, detailed in pair of studies this week in the journal Cell, establish a baseline to help researchers understand how climate change impacts diversity — both in these organisms’ genes and in their size and shape.

Projecting what the future looks like for these tiny creatures is more possible with such a baseline, says Shinichi Sunagawa, a co-author on one of the studies and researcher at ETH Zurich.

In Sungawa’s paper, researchers studied ocean creatures’ genes from around the world, looking at differences in how biodiversity changed over time across distinct regions of ocean. That information can offer answers to the question, “How do microbe communities in the ocean adjust to environmental change?”

To try and answer it, Sungawa’s team looked at data from as large a sample as possible — a total of 47 million genes.

Their findings confirm previous evidence suggesting differences in how ocean ecosystems function depending on region. Genetic biodiversity in the Arctic, for instance, differs from that of the rest of the world.

“The Arctic presents itself as a very biologically unique ecosystem,” Sunagawa says.

Among the most striking findings was seeing why genes in different areas change over time, he says.

“Our findings suggest that microbial communities in warmer waters have a larger gene pool, which may allow them to be quite flexible in response to temp changes,” Sunagawa says. Meanwhile, in colder waters, communities are “more hard-wired” to their conditions.

In a warming climate, that means that dramatic changes in the microbial ecosystem are more likely to happen in the Arctic first, especially “since this is the region where waters are warming faster than anywhere else,” he says.

The second study focused on the diversity of the plankton themselves. Global trends suggest that biodiversity among these tiny animals is decreasing the most at the Earth’s poles.

Plankton may be small, but they have a huge influence on other ocean species “simply because the plankton are at the very base of the ocean food chain,” says Chris Bowler, an author on this study and researcher at Research University Paris, France.

“The fish species may no longer find their favorite plankton to eat,” he says, “so the whole food chain could be affected by these changes.”

The researchers wanted to know if they would observe the same trends in biodiversity that other teams have seen on land. Namely, did diversity fall in certain regions based on temperature and other factors?

The answer turned out to be yes. “We could see, indeed, that we could observe biodiversity gradients from pretty much all organisms,” Bowler says.

Tracking global trends in the microbial community can help to inform future projections of how it will shift as the planet warms, the researchers say.

The new data can help inform policy and conservation efforts, the researchers say. One such policy, marine protected areas, have been shown to be effective in preserving biodiversity.

In tandem with the two Cell studies, the researchers wrote a report calling for sweeping policy changes, published in the journal One Earth.

Specifically, the researchers laid out six policy aims designed to protect the oceans:

“Adopting these strategies could help establish ocean science as a key foundation of broader sustainability transformations,” the researchers say.

“Oceans are pretty sick these days, and we need to try and heal them.”

Abstract: Ocean microbial communities strongly influence the biogeochemistry, food webs, and climate of our planet. Despite recent advances in understanding their taxonomic and genomic compositions, little is known about how their transcriptomes vary globally. Here, we present a dataset of 187 metatranscriptomes and 370 metagenomes from 126 globally distributed sampling stations and establish a resource of 47 million genes to study community level transcriptomes across depth layers from poleto-pole. We examine gene expression changes and community turnover as the underlying mechanisms shaping community transcriptomes along these axes of environmental variation and show how their individual contributions differ for multiple biogeochemically relevant processes. Furthermore, we find the relative contribution of gene expression changes to be significantly lower in polar than in non-polar waters and hypothesize that in polar regions, alterations in community activity in response to ocean warming will be driven more strongly by changes in organismal composition than by gene regulatory mechanisms.