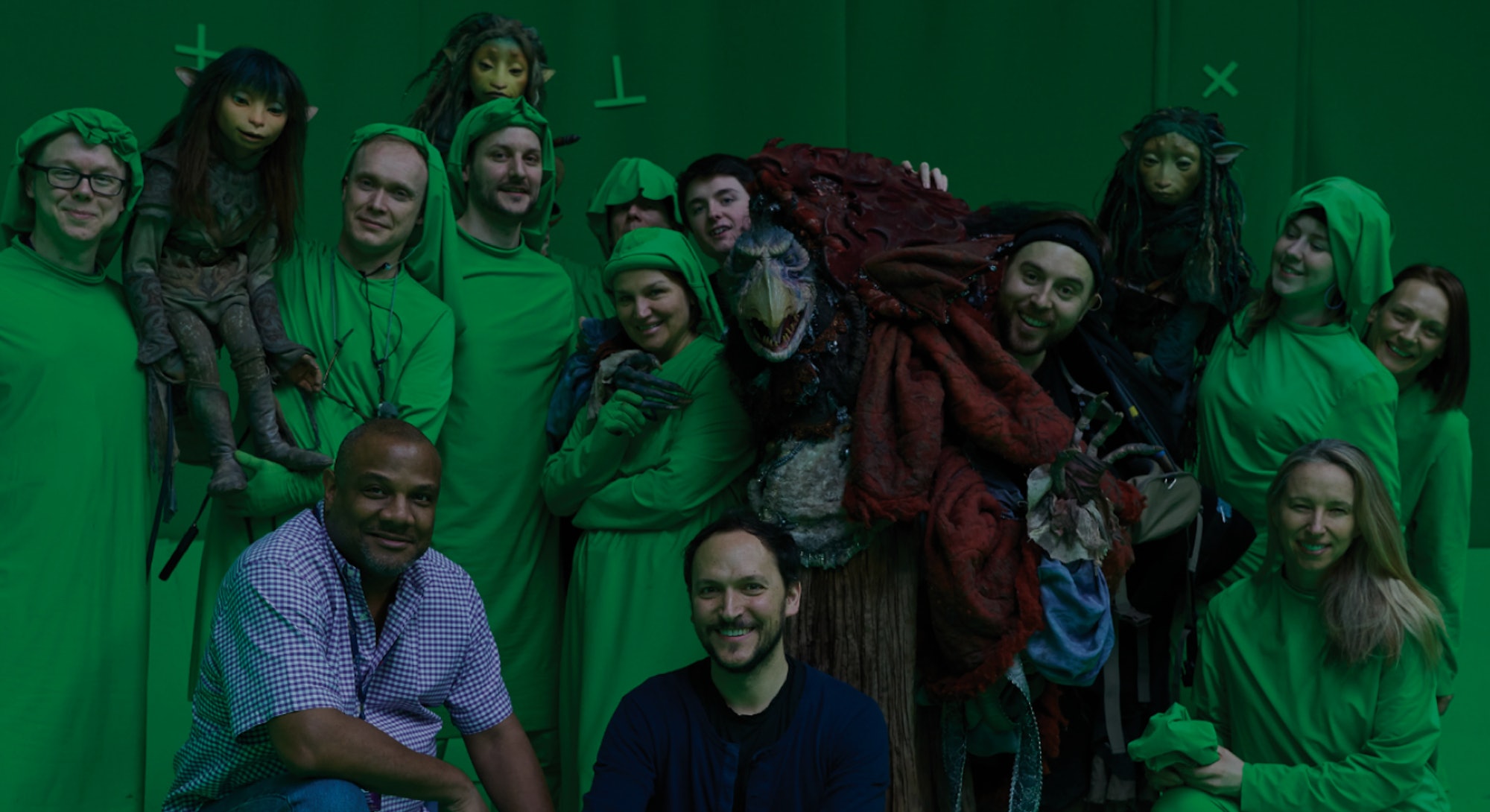 Venturing into the fabled imagination of Jim Henson and his 1982 fantasy film, The Dark Crystal, Netflix unleashed an ambitious 10-episode prequel series this past summer titled The Dark Crystal: Age of Resistance. This lavish production featuring the mythical land of Thra premiered on Aug. 30, when eager audiences joined the quest of a trio of young Gelflings after they learned the terrible secret behind the Skeksis’ power and embarked on an epic journey to spark the fires of rebellion.

To illuminate how the magic was orchestrated via old-school puppetry and modern technology, Insight Editions is delivering The Dark Crystal: Age of Resistance - Inside The Epic Return To Thra on Nov. 12. Written by Daniel Wallace and including a forward by Lisa Henson, Insight’s 192-page hardcover book acts as a comprehensive dissection of The Jim Henson Company’s entire creative process behind Netflix’s smash series.

“This type of shooting had never been attempted on a puppet production prior to Age of Resistance,” Wallace tells Inverse, “and the book gets into detail on the headaches and hard-won successes.”

This deluxe companion volume, stuffed with concept art, exclusive interviews, and behind-the-scenes stills, exposes how legendary character and costume designer Brian Froud and director Louis Leterrier brought Thra and its inhabitants to life beside the small army of artists and puppeteers.

Inverse talked with Wallace about his research regimen in crafting the fascinating literary exploration of The Dark Crystal: Age of Resistance, his own attachment to the material, and what avid fans can look forward to within its educational pages.

Read on for our interview with Wallace, followed by an exclusive preview of the new book.

“If you’ve seen the movie and think you know The Dark Crystal, you’re in for a surprise!”

Inverse: How did you become attached to this The Dark Crystal: Age Of Resistance “making-of” project?

Daniel Wallace: I’ve had the pleasure to write a number of behind-the-scenes books for some of my favorite entertainment touchstones including Marvel, Ghostbusters, and Star Wars. That background allowed me to be considered for this book, but when the prospect arose I could barely contain my excitement. As an old-school Dark Crystal fan who had a Muppet Show lunchbox growing up, being invited to talk with artists, writers, and performers who are still creating such top-notch work is definitely a highlight for me.

By what methods did you dive into the exhaustive research process on the book?

I’ve been a big fan of the original Dark Crystal film since childhood, so studying it anew for this project was like catching up with an old friend! But something I hadn’t realized is how expansive the saga has become since 1982 through novels, comics, and unproduced screenplays for feature films and animation projects. A lot of that backstory is on display in Age of Resistance and it makes sense that such a rich setting deserves a rich backstory.

What were some of the more surprising facts uncovered about the property’s mythology and Netflix production?

If you’ve seen the movie and think you know The Dark Crystal, you’re in for a surprise! While Age of Resistance relies on traditional crafting and performance techniques, it is constantly innovating under the lens of director Louis Leterrier. You’ll probably notice how CGI is used for touch-ups or set extensions, but the show’s more subtle innovations include handheld, moving cameras and multiple cameras that capture the action from different perspectives. This type of shooting had never been attempted on a puppet production prior to Age of Resistance and the book gets into detail on the headaches and hard-won successes.

Why does Jim Henson’s The Dark Crystal franchise endure through generations?

The Dark Crystal is classic fantasy that puts craftsmanship front and center, and viewers appreciate that. Every setting and every character oozes artistry, from the art designers who conceived the vista to the puppet builders and machinists who created the inhabitants of Thra—not to mention the puppeteers and voice actors who brought them to life. It’s an amazing balancing act, because while you’re constantly in awe of the creativity on display, you can’t help but get sucked into the world. You forget that it’s a puppet show and become absorbed in the drama of heroes and villains on a living planet.

The Dark Crystal: Age of Resistance - Inside The Epic Return To Thra hits stores on November 12.