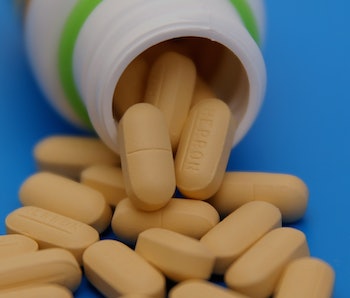 Counterfeit medicine is a serious problem, worldwide in scale yet impossible to quantify. It’s tough to distinguish good drugs from the bad, so most “counterfeit incidents” go undetected. In response to the growing issue, the English company Sofmat and engineers from the University of Bradford are developing an invisible 3D barcode to be printed on legitimate pills, The Guardian reports.

According to the World Health Organization, as much as 10 percent of medicine across the globe could be counterfeit. There could be more, though, because of the difficulty in detection. A study from the American Journal of Tropical Medicine and Hygiene found that 127 of 169 participating countries did not report any counterfeit incidents, according to an April report from The New Republic. Even worse, approximately 53 percent of counterfeit medicine falls into “lifesaving-related drug categories.” Desperate people are forced into taking possibly risky drugs, simply because they have no other choice.

The group’s aim is to mark up good pills with tiny pinpricks, which could later be scanned for legitimacy at a medical facility. It would be impossible for counterfeiters to see the marks. Even if they tried to guess and make pricks of their own, they’d likely fail, given there are “20 [billion] to 30 [billion] variations” to each barcode.

Sofmat and Bradford’s work is a (literally) small but effective step toward a solution for counterfeit medicine. They hope that the detection technology will be affordable and attainable, too, at just £200 for a scanning device (set to arrive in November 2016). The plan is not perfect, however, especially considering so many people purchase drugs online, where an estimated two-thirds are counterfeit. In addition, it would require a staggering amount of medicine to get coded; otherwise, good drugs could be incorrectly thrown away with the fakes. Still, it’s feasible that, over time, an identification program becomes a normal part of the drug-approval process. 3D barcoding would not protect from illegitimate practices, but would at least better ensure that hospitals and trusted institutions could properly and safely serve their patients.