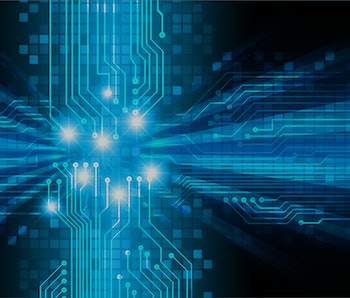 A quantum computer with a processor made entirely out of laser lights offers “extreme scalability,” its creators claim.

The prototype design, 10 years in the making, could offer a more promising approach forward than existing small-scale projects. These early experiments with quantum computing are relatively tiny and prone to errors, but a light-based approach could solve both of these issues. The research, conducted by a team from the United States, Japan, and Australia, was published Thursday in the journal Science.

“Our approach starts with extreme scalability — built-in from the very beginning — because the processor, called a cluster state, is made out of light,” Nicolas Menicucci, chief investigator at the Centre for Quantum Computation and Communication Technology at RMIT University in Melbourne, Australia, said in a statement.

It could be a big step forward for one of the most intriguing areas of future technology. A regular computer stores data in on and off states, represented in binary “bits” as zeroes and ones. A quantum computer can store data in “qubits,” offering a third superposition that occupies both the on and off states.

This sounds like a small change, but it could unlock radical new uses for computers. Thanks to other quirks of quantum machines like entanglement, these new computers could crunch through data much faster than ever. Tech entrepreneur William Hurley suggested in March 2018 that they could model complex weather forecasts and end the climate debate. Singularity expert Yuri Van Geest predicted in September 2016 that their puzzle-crunching capabilities could lead to a bigger demand for creative thinking jobs.

Although researchers have announced big moves in the area, true “quantum supremacy” — a machine that can finish a task that a regular computer could not solve in its lifetime — has arguably remained out of reach. Google claimed to reach supremacy last month, as its machine completed a task that would normally take 10,000 years in three minutes and 20 seconds. The fact that experts subsequently questioned whether it counts if Google’s “Sycamore” was trained to complete that specific problem shows the dispute over when, and how, we will reach supremacy.

With Thursday’s research, the team may have demonstrated a design that could scale up to face more problems.

Laser-based quantum computer: how it works

The group’s processor is perhaps more accurately known as a cluster state. This is a collection of entangled quantum components. A cluster state is capable of using these components to perform quantum computations in a specific way.

The problem is, two decades after they were first discussed, all cluster states have failed on two metrics. They need to be big enough to actually face real-world problems, and they need to have the correct entanglement structure.

“Ours is the first ever to succeed at both,” Menicucci said.

The machine uses crystals that translate regular light into what’s called squeezed light, a form of quantum light. This is then manipulated with mirrors, optical fibers and beamsplitters to create the cluster state. The current squeezing levels that determine quality are currently too low for practical problems, but the design is compatible with other techniques used to achieve cutting-edge squeezing levels.

“In this work, for the first time in any system, we have made a large-scale cluster state whose structure enables universal quantum computation.” Hidehiro Yonezawa, chief investigator at the Centre for Quantum Computation and Communication Technology at UNSW Canberra, said in a statement.

Whether it’s enough to unlock the giant leap for quantum computing remains to be seen, but the latest research at the least takes a small step to a greater understanding of this developing area of computers.