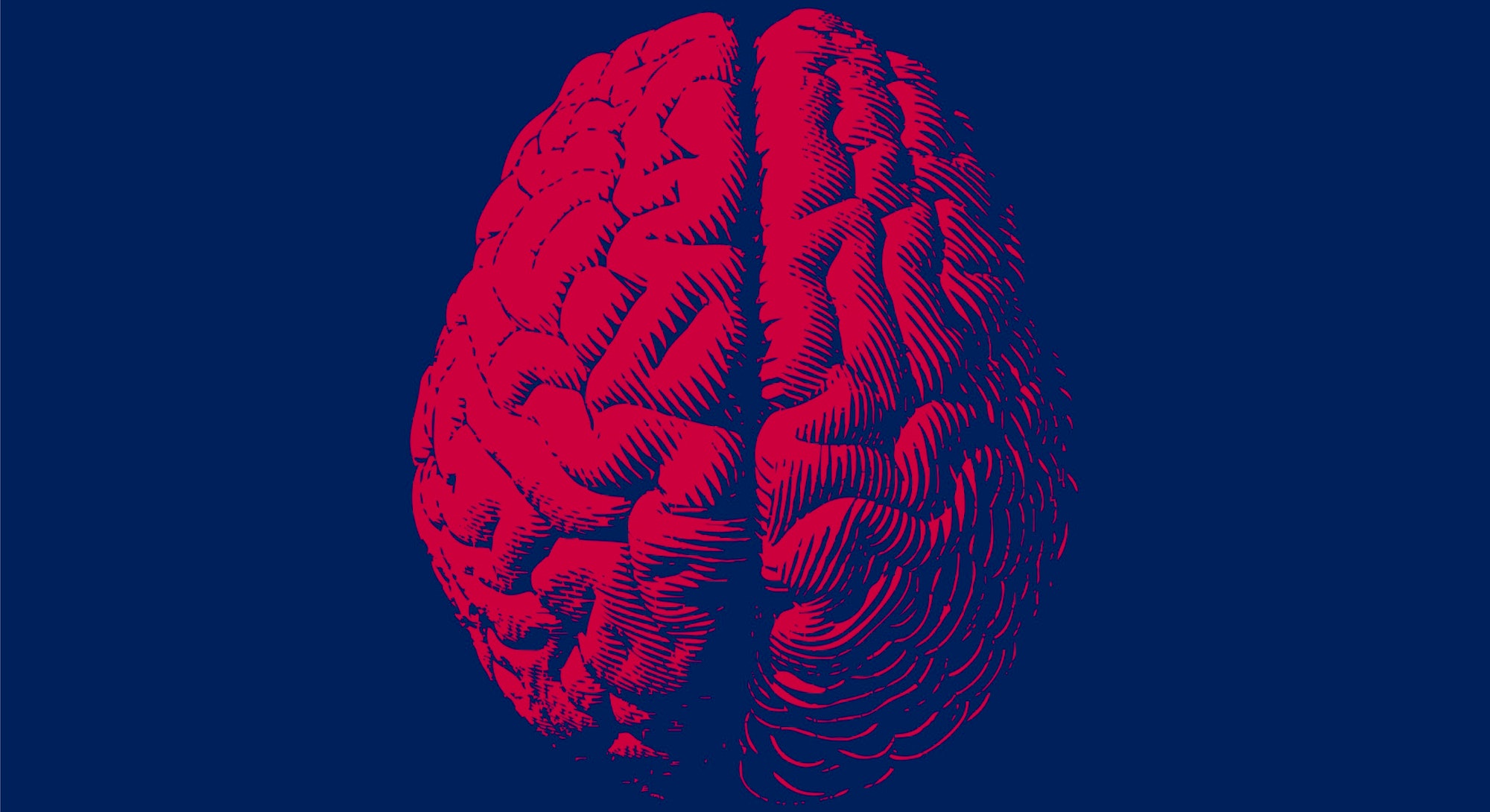 The human brain is always on—trillions of electric currents and transmissions from neuron to neuron flicker constantly. Surprising new research, from the Blavatnik Institute at Harvard Medical School, suggests the secret to living longer may lie in this neural activity, which speeds up and slows down as we age.

Over-excitation, or too much activity in the brain, was linked to shorter life spans, a study published on Wednesday in the journal Nature has found. Meanwhile, suppressing neural over-excitation actually extends life. The study, based on data from humans brains, mice, and worms, is the first showing that the nervous system influences longevity.

"Lifespan and brain function are both potentially plastic and modifiable.

“The brain has a lot to do with lifespan,” Bruce Yankner, senior study author and professor of genetics at Harvard Medical School and co-director of the Paul F. Glenn Center for the Biology of Aging, tells Inverse. “Lifespan and brain function are both potentially plastic and modifiable.”

The study, which currently has limited bearing on human behavior, does bring us one step closer to slowing aging.

In the study, the Harvard Medical School researchers examined hundreds of donated healthy brains of older adults, people who died between 60 and 100 years old and were “cognitively intact,” meaning they didn’t have dementia. Research revealed some striking differences: people 85 to 100 years old had significantly less expression of genes linked to neural overactivity than those who died decades earlier (between 60 and 80).

The older brains also shared more of one component over the younger brains with earlier deaths: a powerful protein known as REST. Other studies suggest the protein protects aging brains against stress and dementia.

REST leads to lower excitation, which then activates a chain of metabolic events known as the insulin and insulin-like growth factor (IGF) signaling pathway. This metabolic cascade, which can also be triggered by things like caloric restriction, regulates cell growth and promotes longevity, helping people live longer, healthier lives.

It seems like the REST protein and metabolism could work in tandem to stave off early death, Yankner says.

From worms to mice to humans

But the line between working out your brain and over-exciting it remains murky. Scientists simply don’t know exactly which activities, from doing the crossword to trying a new sport to suffering high levels of stress or trauma, boost REST or lead to excessive activity in the brain.

“It’s complicated because using your brain for novel functions like learning a new language, playing a new instrument, or doing activities you haven’t done before is considered a positive thing for learning and memory,” Yankner says.

"The line between working out your brain and overworking it isn’t clear.

Working out your brain helps build new neural networks and activates neural growth factors that are positive, he says. These activities aren’t likely the same as deleterious brain activity, which manifests in things like muscle twitches, mood changes, seizures, Alzheimers, bipolar disorder, and other neurological disorders.

Yankner is quick to caution people from jumping the gun around the study’s findings. Without controlled clinical trials, it’s impossible to draw conclusions about humans, and how this research applies to our lives. And he is concerned the findings, like some other research in the field of anti-aging, don’t overshadow the practices scientists and clinicians robustly support to slow aging.

“What sometimes gets lost in the coverage of aging research are the few things you can do for which there is really strong evidence are good for aging,” Yankner says. He references eating a Medditteranean diet low in saturated fats and refined carbohydrates, doing aerobic exercise, and staying mentally healthy by taking care of stress, anxiety, and depression.

The study isn’t definitive, though. Instead, it’s a jumping off point for other research into exactly how these signaling pathways work in the body, and what activities or therapies may heighten or dampen neural excitation. There are more questions than answers at this point.

Yankner hopes future research zeroes in on the REST protein, and further illuminate its role in humans. Eventually, targeting the REST protein and suppressing over-excitation in the brain could potentially lead to new therapies, drugs, and lifestyle interventions.

It’s unlikely that scientists will develop a “REST supplement” or magic pill to extend lifespan. And Yankner cautions people from embracing any company that markets itself as such.

“The danger of people going out and pursuing the latest supplements fad is that, you know, for breakfast, they pop a few supplements and they think, ‘Oh, I’m good now; I don’t have to go to the gym. I can eat a burger and fries for lunch because I had my supplement,’ not realizing that their supplement is probably going to do nothing and that their lifestyle is what’s going to kill them.”

Perhaps it’s small-scale, daily choices, supported by decades of anti-aging research, that will make the difference.

The mechanisms that extend lifespan in humans are poorly understood. Here we show that extended longevity in humans is associated with a distinct transcriptome signature in the cerebral cortex that is characterized by downregulation of genes related to neural excitation and synaptic function. In Caenorhabditis elegans, neural excitation increases with age and inhibition of excitation globally, or in glutamatergic or cholinergic neurons, increases longevity. Furthermore, longevity is dynamically regulated by the excitatory–inhibitory balance of neural circuits. The transcription factor REST is upregulated in humans with extended longevity and represses excitation-related genes. Notably, REST-deficient mice exhibit increased cortical activity and neuronal excitability during ageing. Similarly, loss-of-function mutations in the C. elegans REST orthologue genes spr-3 and spr-4 elevate neural excitation and reduce the lifespan of long-lived daf-2 mutants. In wild-type worms, overexpression of spr-4 suppresses excitation and extends lifespan. REST, SPR-3, SPR-4 and reduced excitation activate the longevity-associated transcription factors FOXO1 and DAF-16 in mammals and worms, respectively. These findings reveal a conserved mechanism of ageing that is mediated by neural circuit activity and regulated by REST.