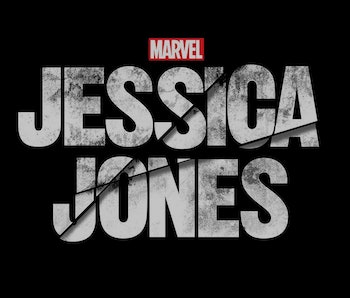 Marvel’s roster of live-action Netflix series launched earlier this year with Daredevil, the first of four shows each centring around different comic book heroes who later join forces for a fifth series The Defenders. If Matt Murdock’s first season introduced a new corner of the Marvel machine - the dark underbelly of society Earth’s Mightiest Heroes seldom encounter — what can we expect from the next series out of the gate, Jessica Jones? With a confirmed November 20 release date, let’s get acquainted.

The show is based on Brian Michael Bendis and Michael Gaydos’ comic Alias. It was deemed “too mature” for the regular Marvel crowd who were happy to pore through the pages of PG-13 adventures, and might have taken offense to the colorful language (swearing!) and adult themes (sex! booze! violence!) Released through Marvel’s MAX imprint instead, it ran for 28 issues between 2001 and 2004 with Jones as the lead character. At the Television Critics Association press conference this year, showrunner Melissa Rosenberg said the series drew strongly from their creation:

“It all starts with Brian Michael Bendis’s Alias series. He created this incredibly flawed, damaged interesting character. Regardless of gender, it was the character that drew me. He wasn’t afraid to go there and we went even further. We’ve gone further in all of our storytelling.”

Formerly known as the b in apartment 23, Ritter plays Jones. An ex-superhero retired from the hustle and bustle of do-gooder duties, she hangs her shingle in New York City as a private investigator. Jones’ struggles with alcoholism referenced in the teaser suggests we’re not in for an adaptation that sweeps substance abuse under the carpet - ahem, Iron Man, ahem - yet instead embraces it as part of this deeply troubled character.

In contrast to Daredevil, Jones possesses archetypal superhero abilities. She has superhuman strength and regenerative capabilities. It’s not certain if the series will accredit her gifts via the same origin story as the comics, in which her powers are the result of a radioactive chemicals spillage.

The official synopsis offers up more clues to Jessica’s newly-established persona, also hinting at who she’s going to come up against:

“Ever since her short-lived stint as a Super Hero ended in tragedy, Jessica Jones has been rebuilding her personal life and career as a hot-tempered, sardonic, badass private detective in Hell’s Kitchen, New York City. Plagued by self-loathing, and a wicked case of PTSD, Jessica battles demons from within and without, using her extraordinary abilities as an unlikely champion for those in need… especially if they’re willing to cut her a check.”

Her PTSD and self-esteem issues stem from an earlier altercation with one of Daredevil’s foes, Zebediah Kilgrave. Under her superhero guise she successfully combated crime in Hell’s Kitchen, until she meddled in an incident kickstarted by Kilgrave, aka The Purple Man. He turned the tables and using his abilities, took control of her mind for eight months to get his dirtiest deeds done. It was because of him that she quit the superhero game. The Purple Man is played by David Tennant:

He’s going to be one of the series’ main villains. Jones’ closest ally and love interest is Mike Colter (who nailed it on The Good Wife as Lemond Bishop) as fellow superhero Luke Cage. Also blessed with the endurance of an ox and unbreakable skin, he shares common interests with Jones, and the pair hook up. (In the comics they get married and pop out a couple of mini-heroes.) Cage’s appearance in the show is a precursor to his own series titled… Luke Cage. Friend-wise she’s got best pal Trish Walker (Rachael Taylor) aka Hellcat fighting her corner, and Carrie-Anne Moss’s Harper, who’s described as a powerful ally of Jones.

Rosario Dawson’s Claire Temple, aka Night Nurse, is back to sew up the battered and bruised heroes of Hell’s Kitchen following her introduction in Daredevil. Like Colter, she too will appear in Luke Cage.

As a follow-up based in the same cinematic universe of Daredevil comparisons are inevitable, especially as Marvel and Netflix brass have both stressed the gritty nature of this quintet. What’s destined to set Jones apart is the emphasis on the psychological aspects of the character’s journey as opposed to merely flaunting her superpowers. After watching Spider-Man handle his origins too many times onscreen, it’s about time we’re treated to a hero who’s had years to already come to terms with it. An origin tale of heroic discovery, this is not. Here’s what showrunner Rosenberg told Collider about the two shows:

“But make no mistake about it, when we first sat down and started talking about Daredevil, we said that, for all intents and purposes, it was a crime drama first and a superhero drama second. Jessica is really a psychological thriller first and a superhero show second. When you talk about things like, “What is the action going to be like?,” and the regular kinds of things that you would get from a superhero show, it’s going to be different. What you get out of Jessica is a hold-your-breath tension, as to what’s going to happen.”

With regard to Murdock and Jones’ personalities, she added:

“Matt Murdock has been studying martial arts. He has extraordinary fighting skills. Jessica Jones is a brawler. She gets drunk, she gets pissed off and boom, you’re down. She doesn’t wear a costume. She doesn’t have a mask. She’s just who she is. She’s an extremely blunt, direct person, and that applies to the action, as well.”

The private investigator ruse lends itself perfectly to serial storytelling, that arena of TV saturated with crime-of-the-week shows, yet Jessica is steering clear of such a formula. “That’s not our focus,” Rosenberg explained in terms of the procedural structure. “There are cases. In particular, there is a large case that carries over the season.”

Those cases won’t find Jones shackled to the tropes of the stereotypical detective. Instead, according to Executive Producer Jeph Loeb the show will pay homage to classics like Chinatown, while establishing the present. Jones contends with the problems of modern living and bustin’ down doors. She might be a leather-wearin’ badass but she’s still got to pay her rent.

Marvel’s Jessica Jones drops all 13 of its hour-long episodes on Netflix November 20.