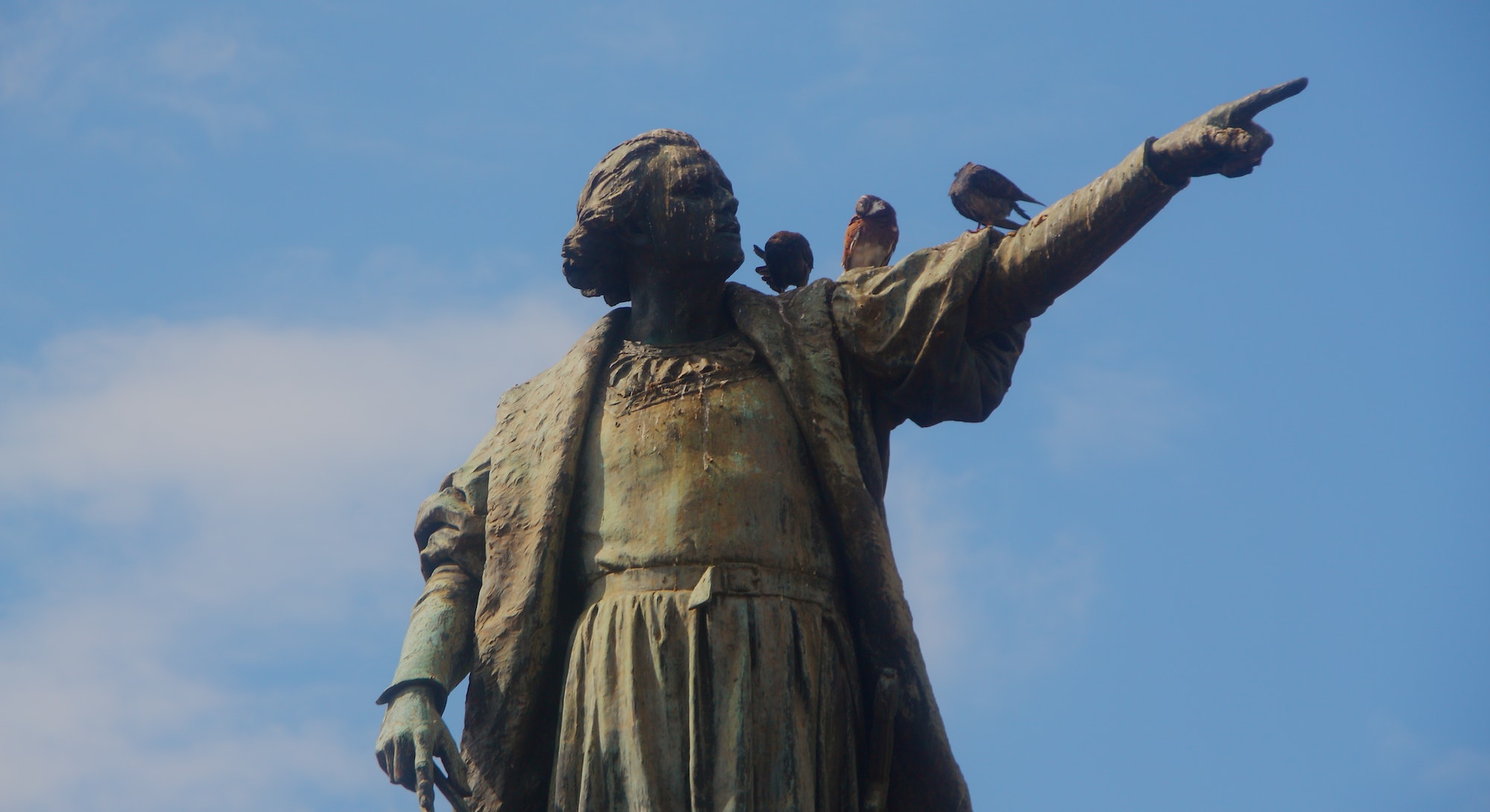 Many of us learned the rhyme in elementary school: In fourteen hundred ninety-two, Columbus sailed the ocean blue. But how much later was it when we learned what happened in 1493 — or in the following years? Sure, Columbus “discovered” the so-called “New World” for Europeans, but he also set the stage for future genocides and brought diseases that were deadlier than the Black Death for locals who didn’t have immunity to European viruses.

And while Columbus died hundreds of years ago, his virological legacy has been resurrected in the modern anti-vaccination movement. Born out of scientifically unsupported fears about vaccine safety, this trend of parents depriving their kids of vaccines exposes vulnerable and unwitting victims to diseases they may not be strong enough to fight off on their own.

This comparison is not meant to minimize the tragedy and suffering for which Columbus helped pave the way in the Americas, but to highlight the uncanny connection between a 15th-century European explorer and a 21st-century movement. In both cases, a fundamental misunderstanding of how diseases work has caused needless pain, suffering, and death, not so much for the individuals responsible, but for the innocent bystanders who become collateral damage in someone else’s crusade.

The death toll from the modern anti-vaccine movement is nowhere near that of Columbus’ American adventures, but it’s such a startling phenomenon that it can’t help but capture headlines as well-meaning, misinformed parents turn back the clock on years of medical progress in public health.

When Christopher Columbus and his crew first landed on the island that the native Lucayan Taino people called Guanahani, they thought they’d found a new route from Western Europe to India, one that didn’t require sailing around Africa’s Cape Peninsula. They’d found something new alright, but it was only new to them.

Promptly renamed San Salvador by Columbus, Guanahani had in fact been settled hundreds of years earlier by the Lucayans. And while historians aren’t sure whether the island was in the present-day Bahamas or Turks and Caicos, Columbus’ expedition made the setting patient zero for the European conquest of the Americas.

This eventual conquest was done in the name of valuable trade goods found in the Americas like gold, tobacco, sugar, and coffee, as well as crops that became staples in the Eastern Hemisphere for centuries to come: potatoes, sweet potatoes, maize, and cassava.

The back-and-forth between Europe and the Americas has come to be known historically as the Columbian Exchange, but perhaps the most significant thing Columbus gave the “New World” was infectious diseases.

Mostly eliminated now in the developed world, a wide range of diseases were fairly commonplace in 15th-century Europe. And while people definitely got sick from them, the diseases were nowhere as devastating in Europe as they became when they reached Western shores.

The introduction of smallpox, typhus, measles, and cholera to the Americas brought rarely seen levels of devastation, explained Nathan Nunn, Ph.D., and Nancy Qian, Ph.D., in a 2010 paper on the Columbian Exchange in the Journal of Economic Perspectives.

“European contact enabled the transmission of diseases to previously isolated communities, which caused devastation far exceeding that of even the Black Death in fourteenth-century Europe,” they wrote.

“Europeans brought deadly viruses and bacteria, such as smallpox, measles, typhus, and cholera, for which Native Americans had no immunity. On their return home, European sailors brought syphilis to Europe. Although less deadly, the disease was known to have caused great social disruption throughout the Old World.”

Columbus clearly didn’t come to the Americas with pure intentions, but it seems clear that lighting the match on a powder keg of diseases was more a side effect of ignorance than the consequence of malice.

Five hundred years after Columbus, the Americas are unrecognizable. The onslaught of European settlement decimated Native American societies, both with violence and disease. And while the horrors of European conquest still echo across generations, medicine has caught up with the diseases that once destroyed communities.

Until this year, 1992 had been one of the last major milestones for measles elimination in the United States, when the country reported its lowest case count in years. The US Centers for Disease Control and Prevention (CDC) reported 27,786 measles cases in 1990, 9,643 cases in 1991, and only 2,200 cases in 1992 — a huge decrease. That downward trend continued for decades — until it suddenly reversed.

This year has been the first year since 1992 that the US has seen more than 1,000 measles cases, the CDC reported. And while the causes behind this rise are complicated, public discussion has centered significantly around one group: anti-vaxxers.

For Native Americans in the US, vaccination rates are still lower on average than the rest of the country, shows a 2009 study in JAMA Pediatrics. It’s not due to anti-vaccine sentiment, though. The investigators say this effect is likely due to inadequate access to healthcare.

Driven by some of the same ignorance that drove Christopher Columbus to spread measles and other diseases to the Native Americans he encountered, modern-day anti-vaccine activists have helped spur the resurgence of illnesses that had been nearly eliminated in modern times.

While Andrew Wakefield was not the first person to draw a connection between childhood vaccines and autism, the discredited doctor has remained one of the most influential. In a 1998 paper in The Lancet, Wakefield claimed to have identified a link between autism and the measles, mumps, and rubella (MMR) vaccine. Subsequent investigations showed that he had falsified and misrepresented significant portions of the research, and the paper was officially retracted. Wakefield has since lost his medical license.

The harm was done, though. He remains an outspoken anti-vaccine activist, and anti-vaxxers who believe his message — as well as religious communities who have their own strains of anti-vaccine sentiment — have helped spur a new era of measles infections.

This happens because, much like Columbus who encountered vulnerable Native American immune systems in 1492, unvaccinated individuals often encounter those who are susceptible to the disease. For instance, children and adults with compromised immune systems may not be able to handle the vaccine, so they rely on herd immunity — the protective effects of a vaccine in a community — to protect them from illness. But when fewer people are vaccinated, herd immunity doesn’t work and the illness can spread to these vulnerable individuals.

Is this to say that modern anti-vaccine activists are perpetrating genocide? Of course not. But their rejection of modern science does put them into uncomfortably close proximity to one of history’s most notorious conquerors.