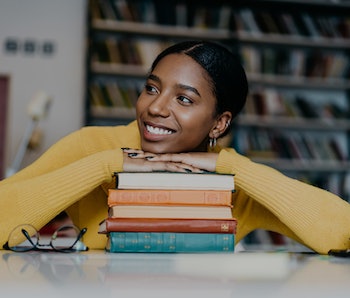 It looks like your sleep schedule plays a larger role in how you perform academically than was previously realized. A study published Tuesday in the journal Science of Learning claims how you sleep overall — not just how you slept last night — impacts your grades. They also found women appear to be sleeping better.

MIT professors Jeffrey Grossman and John Gabrieli gave 100 students Fitbits to track their daily activity, and they weren’t originally focusing their study on sleep. The study was initially meant to focus on the difference in academic performance between students who were enrolled in fitness classes and those who were not. What they ended up finding, unexpectedly, was that the main difference between students who were performing well and those who were not had to do with their sleep.

“What we found at the end of the day was zero correlation with fitness, which I must say was disappointing since I believed, and still believe, there is a tremendous positive impact of exercise on cognitive performance,” Grossman says.

“Of course, we knew already that more sleep would be beneficial to classroom performance, from a number of previous studies that relied on subjective measures like self-report surveys,” Grossman says. “But in this study the benefits of sleep are correlated to performance in the context of a real-life college course, and driven by large amounts of objective data collection.”

What’s most interesting is the main thing that affected how a student performed was how they were sleeping generally, not just how they slept the day before a test. The researchers found that the sleep you get throughout the week while you’re learning the material is as important as the sleep you get before you need to take the exam.

"it’s the sleep you get during the days when learning is happening that matter most."

“We’ve heard the phrase, ‘get a good night’s sleep, you’ve got a big day tomorrow.’ It turns out this does not correlate at all with test performance,” Grossman says. “Instead, it’s the sleep you get during the days when learning is happening that matter most.”

The researchers were also surprised by how they were able to identify why women appear to do better in class than men. They found that, typically, women were getting better sleep, which explains why they were doing better in class.

“If we correct for sleep, men and women do the same in class,” Grossman says.

Essentially, if you want to do well in school, get to sleep at a reasonable hour every night and make sure you’re getting enough sleep. If your sleep schedule varies a lot and you’re often ending up in bed later in the evening, it’s going to be reflected on your report card.

Although numerous survey studies have reported connections between sleep and cognitive function, there remains a lack of quantitative data using objective measures to directly assess the association between sleep and academic performance. In this study, wearable activity trackers were distributed to 100 students in an introductory college chemistry class (88 of whom completed the study), allowing for multiple sleep measures to be correlated with in-class performance on quizzes and midterm examinations. Overall, better quality, longer duration, and greater consistency of sleep correlated with better grades. However, there was no relation between sleep measures on the single night before a test and test performance; instead, sleep duration and quality for the month and the week before a test correlated with better grades. Sleep measures accounted for nearly 25% of the variance in academic performance. These findings provide quantitative, objective evidence that better quality, longer duration, and greater consistency of sleep are strongly associated with better academic performance in college. Gender differences are discussed.