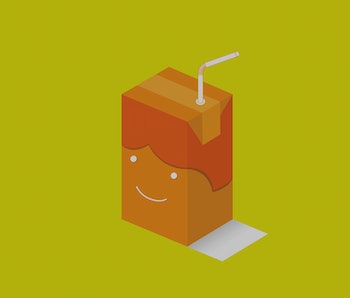 We all know that drinking alcohol, while it may be fun, is not, strictly speaking, good for you. But cutting back or staying sober altogether isn’t enough to prevent a mysterious liver disease especially when your gut bacteria is working against you.

Non-alcoholic fatty liver (NAFLD) affects about a quarter of the population worldwide, and is characterized by a build-up of fat in the liver unrelated to alcohol consumption. While it’s far from rare, researchers have struggled to fully understand what might be causing NAFLD.

After hearing about a bizarre case of a Chinese student with a fatty liver getting drunk on just juice and soda — a phenomena called auto-brewery syndrome — a group of researchers in China began piece together some clues.

What they found, as described in a study published this month in Cell Metabolism, was that in the 43 cases of NAFLD they studied, 61 percent of patients were found to have a particular strain of gut bacteria that was producing alcohol in the patients’ bodies at four to six times the rate of strains found in healthy people.

The bacteria in question is called K. pneumoniae and, as the name “auto-brewery” may suggest, these bacteria create alcohol in the gut through a fermentation process not dissimilar to that of beer or other alcohols. Just as beer is created in a process of grain fermentation, K. pneumoniae breaks down carbohydrates (like sugar) in the stomach and creates ethanol as a by-product.

Even without having a sip of alcohol, someone with high-alcohol strains of K. pneumoniae could still register a blood-alcohol level off the charts if given a Breathalyzer test, as lead author Jing Yuan at Capital Institute of Pediatrics explained in a press release.

“NAFLD is a heterogenous disease and may have many causes,” Yuan says. “Our study shows K. pneumonia is very likely to be one of them. These bacteria damage your liver just like alcohol, except you don’t have a choice.”

To further investigate whether these boozy bacteria could be contributing to patients’ NAFLD, the researcher fed mice either a high-alcohol strain of K. pneumoniae, alcohol, or a mixture of yeast and sugars and observed the effects each had on their livers over four weeks. They found that mice given either the bacteria or the alcohol showed evidence of liver damage while the mice only given yeast or sugar did not.

They also found that when given a liquid glucose solution, a sugary drink not unlike juice or soda, the mice who’d been given high-alcohol strains of K. pneumoniae exhibited signs of intoxication.

For patients who may carry these bacteria without knowing, researchers say drinking a glucose solution should be enough to generate a detectable amount of alcohol in their system to identify the bacteria and start treatment for this particular kind of NAFLD.

“In the early stages, fatty liver disease is reversible,” Yuan says. “If we can identify the cause sooner, we could treat and even prevent liver damage.”

There are still questions left unanswered, though. Researchers aren’t sure why some people have higher alcohol strains of K. pneumoniae, or what is causing NAFLD. Co-author Di Liu from the Chinese Academy of Sciences, that’s what’s next.

“We don’t understand what factors would make someone more susceptible to these particular K. pneumonia, and that’s what we want to find out next.”

The underlying etiology of nonalcoholic fatty liver disease (NAFLD) is believed to be quite varied. Changes in the gut microbiota have been investigated and are believed to contribute to at least some cases of the disease, though a causal relationship remains unclear. Here, we show that high-alcohol-producing Klebsiella pneumoniae (HiAlc Kpn) is associated with up to 60% of individuals with NAFLD in a Chinese cohort. Transfer of clinical isolates of HiAlc Kpn by oral gavage into mice induced NAFLD. Likewise, fecal microbiota transplant (FMT) into mice using a HiAlc-Kpn-strain-containing microbiota isolated from an individual with NASH induced NAFLD. However, selective elimination of the HiAlc Kpn strain before FMT prevented NAFLD in the recipient mice. These results suggest that at least in some cases of NAFLD an alteration in the gut microbiome drives the condition due to excess endogenous alcohol production.