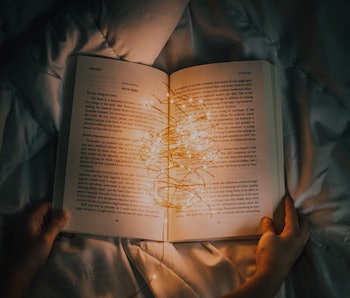 Conventional wisdom says that brain space is like Manhattan real estate: limited and extremely valuable. In turn, researchers have suspected that certain activities that are processed in the brain, like learning to read or observing a person’s face, compete for that precious headspace.

However, this study, published Wednesday in the journal Science Advances argues that the opposite occurs. Reading, a relatively new skill for humans, can peacefully coexist with an ancient skill like observing the world, instead of competing with it for brainpower. Acquiring literacy actually enhances the brain’s ability to visually process non-language stimuli, like faces, houses, or tools.

Lead by Falk Huettig, Ph.D., a senior investigator at the Max Planck Institute and Professor of Psycholinguistics and Cultural Cognition at Radboud University Nijmegen, and Alexis Hervais-Adelman, Ph.D., head of the Neurolinguistics Division at the Psychology Institute of the University of Zurich, the researchers say that learning to read is good for the brain, regardless of whatever you’re actually reading.

As humans learn to read, a brain region called the “visual word form area” (VWFA) becomes sensitive to letters or characters. Previous studies suggested that developing the VWFA takes up space otherwise available for processing visual information linked to objects. However, Huettig explained Wednesday that “far from cannibalizing the territory of its neighbors, the visual word form area (VWFA) is rather overlaid upon these, remaining responsive to other visual categories.”

“Thus learning to read is good for you,” Huettig continues. “It sharpens visual brain responses beyond reading, and has a general positive impact on your visual system.”

To determine how reading positively affected the brain’s visual system, Huettig and colleagues scanned the brains of over 90 adults living in Northern India with varying degrees of literacy. Twenty-nine of these participants were illiterate, and between the ages of 23 to 39. After recruitment, the participants were invited to take part in a six-month literacy training program, where they learned basic reading and writing skills in Devanagari, the writing system for Hindi.

Subsequently, their brains were analyzed with functional magnetic resonance imaging (fMRI). During these scans, participants were shown sentences, letters, and other visual categories, such as faces. The goal was to see whether or not their brains had changed since learning to read — and whether or not those changes altered other parts of their brain.

The other participants in the study included those who were also illiterate and did not receive literacy training, as well as a third group of established readers. These two groups also had their brains scanned and served as a point of comparison to the illiterate group.

Ultimately, the team found that the brains of the once-illiterate individuals, after they learned to read, changed. There was increased activity in a network incorporating various parts of the brain: the occipital lobe, ventral visual areas, inferior parietal, premotor, and supplementary motor regions. These are the same regions that are also activated when an individual observes visual objects.

“When we learn to read, we exploit the brain’s capacity to form category-selective patches in visual brain areas,” Hervais-Adelman explains. “These arise in the same cortical territory as specializations for other categories that are important to people, such as faces and houses.”

Essentially, learning to read did not make participants worse at processing non-word objects — it actually improved that ability.

This study supports the notion that learning to read recycles existing mechanisms for processing objects, rather than destroying them and adds to the growing knowledge about the neural bases for reading.

Reading, and other mentally challenging leisure activities, have been shown to help the aged stay sharp, increase empathy, and lead to more white brain matter in young children, which improves communication in the brain.

Learning to read is associated with the appearance of an orthographically sensitive brain region known as the visual word form area. It has been claimed that development of this area proceeds by impinging upon territory otherwise available for the processing of culturally relevant stimuli such as faces and houses. In a large-scale functional magnetic resonance imaging study of a group of individuals of varying degrees of literacy (from completely illiterate to highly literate), we examined cortical responses to orthographic and nonorthographic visual stimuli. We found that literacy enhances responses to other visual input in early visual areas and enhances representational similarity between text and faces, without reducing the extent of response to nonorthographic input. Thus, acquisition of literacy in childhood recycles existing object representation mechanisms but without destructive competition.

More like this
Mind and Body
8.3.2022 11:30 AM
The brain’s memory hub may explain why some people get PTSD and others don’t — study
By Miriam Fauzia
Science
8.3.2022 12:15 PM
Look: 7 Great Salt Lake images reveal how shockingly fast its shrinking
By Jennifer Walter
Science
7.24.2022 1:00 PM
Why is my cat wagging its tail? Vets reveal the surprising answer
By Tara Yarlagadda
Related Tags
Share: