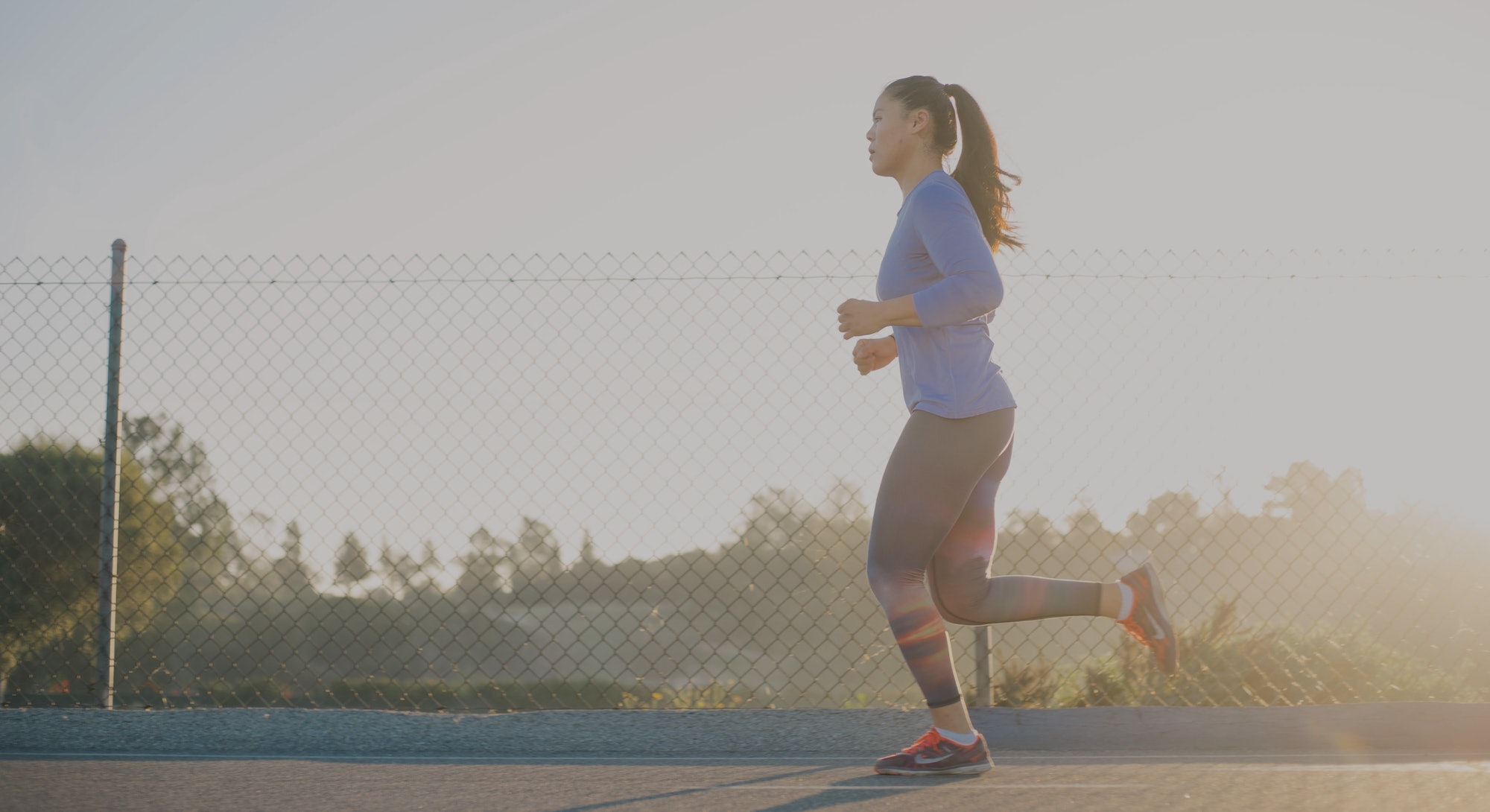 Twice a week, I stumble out of bed, grab a sip of water, clip in my dog’s leash, and run (embarrassingly slowly) around my neighborhood. No breakfast, no problem. And while I personally feel better running on an empty stomach, fasted cardio is actually a rising exercise trend that fits hand-in-hand with intermittent fasting. The scientific evidence behind it, however, is mixed.

The idea is exactly what it sounds like: working out on an empty stomach, which typically means working out before breakfast. Chad Kerksick, Ph.D., an associate professor of exercise science at Lindenwood University, tells Inverse that the idea behind fasted cardio is that the body will burn fat for fuel instead of carbohydrates.

When I run on an empty stomach, I feel energized, faster, and more ready to take on the rest of my day. But a few weeks ago, when I attempted to rebuild some of my former aerial-artist muscles by training at a local circus gym, I found myself weak, shaky, and exhausted after a pre-breakfast workout. Was my body reacting to the more strength-based exercise differently than cardio?

Like intermittent fasting, the idea behind fasted cardio is that by waiting until the digestive system is no longer processing food, the body will dip into fat stores for energy sooner during the workout because its levels of stored carbohydrate (glycogen) decrease overnight.

“We store glycogen in our liver and in our muscles,” Kerksick says. “Overnight, after not eating, our liver glycogen stores are arguably depleted. And when we start exercising, we’re going to start burning fuel. If we have less of a certain fuel source, then our body will switch to a different fuel source.”

But, scientifically, Kerksick says, there’s no evidence that fasted cardio helps the body burn more fat than exercising with more food in your stomach.

Those in favor of fasted cardio argue that it increases lipid oxidation, also known as fat burn. In studies published in 2010 and 2011 in the Journal of Physiology and the Journal of Applied Physiology, respectively, a team of scientists from KU Leuven found that training in a fasted state improves insulin sensitivity and allows people to burn more fat, compared to people who eat carbohydrates before or during exercise.

However, other studies, like one Kerksick published in 2018 in the Journal of the International Society of Sports Nutrition, show that fasted cardio doesn’t actually have a pronounced effect on fat or calorie burn. And according to a literature review published in 2017 in the Journal of Functional Morphology and Kinesthisiology, the science seems to fall out more on Kerksick’s side.

Kerksick says what and how much you eat is more important than when you eat, and that the benefits of fasted cardio may have more to do with a hypocaloric diet in general. “Fat loss cannot, will not happen to an appreciable degree if the person is not in a negative calorie balance,” he says. “Whether that comes from diet or exercise or the combination, that has to be there.”

"“Fat loss cannot, will not happen to an appreciable degree if the person is not in a negative calorie balance."

He says people might be more willing to buy into the idea of fasted cardio if they’re looking for a quick fix. “I just think it’s just a way to make exercise sound a little bit more sexy, a little bit more interesting.”

“That might be a disappointing message for people to hear,” Kerksick admits. But, he adds that while fasted cardio didn’t increase the benefits of the workout, it didn’t decrease those benefits either.

“That study also showed that the amount of fat that was burned was similar, whether someone is fasted or not,” Kerksick says. “If you want to do it, go ahead and do it. You know, just understand that it’s probably not going to put you on the cover of a magazine anytime soon.”

In fact, in Kerksick’s study, the researchers found that consuming a little protein (25 grams) before a workout increased the amount of calories burned. He says that was what he expected.

“When we eat calories, our body burns calories — digestive transport and everything else,” he says. “So, it wasn’t really like we had just rewritten the books on science there, but we did see a few indications that there might be a little bit more fat oxidation.”

"When people try to lose weight, they take their eye off the ball."

Robert Wildman, Ph.D., a nutritionist and the chief science officer for Dymatize Nutrition, a sports nutrition supplement company, tells Inverse that protein actually helps the body burn more calories, because by eating protein, you can help the body build more muscle. Muscle is a metabolically active tissue, which means that it burns calories. So when the body has more muscle, it burns more calories.

He says to think of the body like a construction site, where protein is the bricks. “All of a sudden, there’s this massive delivery of bricks, and the foreman yells, ‘Here we go, let’s start building walls. Here are the building blocks.’ It doesn’t work like that for fat or carbohydrates because you don’t build body protein from fat or carbohydrates.”

Wildman also says that thinking about cardio exercise just in terms of fat burn is oversimplifying this equation. Exercising in a fasted state may burn fat, but it also depletes muscles of protein, because the body will need to use its own stores of protein to build new muscles, rather than use the protein from food.

“When people try to lose weight, they take their eye off the ball,” Wildman says. “They’re too focused on losing body fat, and they’re not focusing enough on optimizing their best body composition.”

While eating isn’t necessary before a cardio workout, Wildman says he would never recommend fasting before a strength training workout, like my training regimen at the circus gym.

"At the end of the day, consistency is king."

“It’s different than low to moderate cardiovascular exercise because the stress on the muscles was lower. But when you push into high intensity because you’re pushing around heavy weights, then you’ll stimulate greater muscle protein breakdown.”

Kerksick agrees. “The difference there is how dynamic the movements are, how much muscle is involved, how strong and forceful all those contractions need to be from doing the circus-type training versus just a jog around the neighborhood.”

Kerksick says nutrition and exercise should be simple. “At the end of the day, consistency is king. If you’ll go out and go for a jog with your dog four days a week, and that’s what you love to do, then that’s what you need to do.”