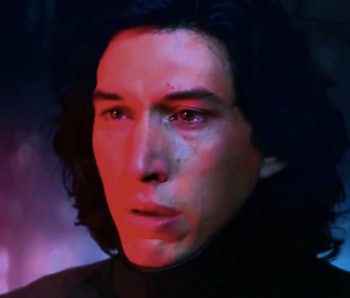 Kylo Ren’s arc is one of the biggest questions heading into Star Wars: The Rise of Skywalker, with fans speculating that he could die, redeem himself, or both. Some fans even think the son of Han and Leia has been a double agent for the Resistance all along, and a new theory expands on this idea, arguing that man formerly known as Ben Solo actually killed his father to draw Emperor Palpatine out into the open.

With Palps back in the mix, all theories have naturally evolved to include him as the driving force in Episode IX and the sequels trilogy in general. As a master planner and major Star Wars villain, Palpatine’s presence obviously changes the conversation surrounding every event that occurred in Star Wars: The Force Awakens and The Last Jedi:

We may never know the answers to some of these questions, but Kylo’s actions might have actually been influenced by Palpatine, just not in the way you would think.

Redditor u/Oldmancharlesworth theorizes that Kylo is, in fact, a double agent and that he sacrificed his father for the greater good. After all, if he knew Palpatine was still alive, he may have believed the only way to draw the Emperor out was by committing the ultimate act of evil by killing his own dad.

Killing Han would have been proof enough for Palpatine, right? Perhaps Kylo was even trying to prove his loyalty to the Dark Side. It’s definitely a calculated and coldly logical move, one that defends and tries to make sense of Kylo’s actions in Episode VII.

To back up the theory, u/Oldmancharlesworth offers Kylo’s own words as evidence. Right before he kills Han Solo in The Force Awakens, Kylo says, “I know what I have to do but I don’t know if I’m strong enough to do it.” Could he have been alluding to his plan to draw Palpatine out of hiding? It’s possible, even though Kylo hasn’t really been shown himself to be a long-term strategist.

But if that really was Kylo’s plan all along, then he surely could have found a way to let Han know what was going on and fake his father’s death. And while the theory isn’t wholly impossible, it removes any and all of Kylo’s conflicted and hateful feelings towards his father. It also explains away his ties to the Dark Side, making him more of an active participant in decision-making rather than a flawed character who’s succumbed the darkness within.

As for Palpatine, it’s clear that he’s biding his time and will reveal himself in The Rise of Skywalker. Ultimately, Han Solo’s death may not have even been a blip on his radar, unless he believed it would have drawn Kylo closer to him. Whether or not Kylo did sacrifice his father to save the galaxy, he and Palpatine will almost certainly confront each other in Episode IX.