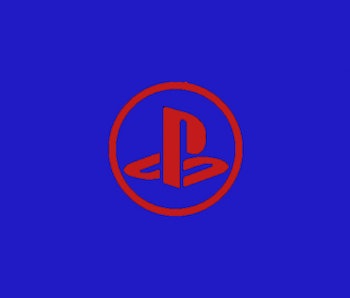 Tech YouTubers can be impatient when it comes to highly anticipated products that are currently in development. Tired of waiting for the Tesla pickup truck? Use a Model 3 to hack your own. For the popular technology YouTuber Austin Evans, the technology-of-tomorrow Evans wanted to use right now was the Playstation 5, Sony’s next-gen console due in 2020.

So he built his own.

Evans then put his DIY rig to the test, running games including Metro Exodus, The Witcher 3, and Fortnite in a video published on July 7. It’s since been viewed almost 600,000 times, as of Wednesday. He tells Inverse that while there are still many unknowns the PS5 and new Xbox, he was able to make a workable approximation by combining specs predictions about the PS 5 and replicating them with the latest and greatest gaming hardware.

“I had to take a lot of educated guesses,” he wrote in an email. “[But] I feel pretty confident that it’s in the same ballpark as what we should expect in the next-gen consoles next year.”

DIY PS5: How Did He Do It and How Much Did It Cost?

The DIY PS 5 really boils down to two crucial components, Evans explained. The first was an AMD Ryzen 7 3700x processor ($329) and a Radeon RX 5700 graphics card ($349), which are essentially variants of the CPU and GPU that will power the PS5.

Sony confirmed that its upcoming console will be powered by an AMD 8-core Zen 2 CPU, which a perfect match for the Ryzen 7 3700x. The company also revealed the PS5’s GPU will be based on AMD’s Radeon’s Navi GPU architecture with ray-tracing support. The Radeon RX 5700 isn’t an exact match, but it is in the same line of chips.

The rest of the rig was comprised of a Aorus NVMe Gen4 solid-state drive and a 16GB of DDR4 RAM. All-in-all the rig cost $1,400 to build and assembly took him about an hour. But Evans said this not be a fair price estimate for the PS5 as the power supply, motherboard and SSD he used were far superior to what he expects the final console to come with.

For that reason, Evans purposefully reduced the overall performance of his CPU to emulate what he expects from the PS5. The Ryzen 7 can comfortably handle 65 watts of thermal design power in a PC setting, double what Evans expects a console to be able to cool.

“The main variables are memory and frequency: memory is again an area that there’s a lot of speculation as to what route Sony and Microsoft will take but frequency is easier,” he explains. “I lowered the clock speed and voltage to what I think is doable for a console, which ended up being 3.2GHz across all 8 cores at roughly 35W.”

Evans found that he was able to run games that are capped at 1440p resolution at 30Hz on a PS4 Pro at 4K 60Hz on his simulated PS5. That’s a big step up, one that he believes will take console gaming to the heights of PC performance.

“The most impressive part of the test was how well-rounded everything is,” he wrote. “Currently consoles have good graphics but abysmal CPUs and slow hard drives. This time around Sony has the full package: an essentially no compromise gaming setup which compares nicely to even high-end gaming PCs.”

Next year, consoles will go where they were never thought possible. Evans’ rig is only a taste of what will be possible with the PS5 and Xbox Scarlett.

More like this
Gaming
8.4.2022 7:11 PM
10 new games to grab ASAP from the PlayStation Summer Sale 2022
By Robin Bea
Gaming
8.1.2022 5:37 PM
Backbone for PS5 is a solid mobile controller with odd flaws
By Joseph Yaden
Gaming
19 hours ago
You need to play the best video game remake ever on PS Plus ASAP
By Hayes Madsen
Share: