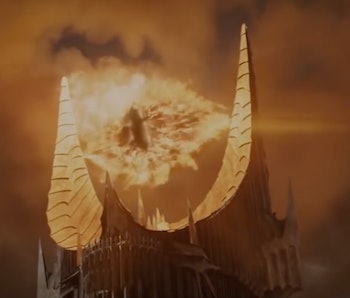 This rather ominous-looking chart could help pave the way to a bright future, one defined by an abundance of clean, sustainable energy.

The image was created to visualize a new model created by researchers at Aarhus University in Denmark, and it shows how much energy solar panels produce in various areas at various times of year. The data, the researchers argue, could help legislators and planners understand the likely effectiveness of a solar installation in any given place.

“The methodology that we have developed allows modelling the electricity generation not from one single installation but from a whole country,” Marta Victoria, the assistant professor responsible for the project, tells Inverse. “This is very useful to model future energy systems and make sure that we will always have enough solar, wind or storage generation to supply demand while mitigating climate change.”

The research was published in April in the journal Progress in Photovoltaics.

It’s a big step forward in understanding how this technology could work, assuming it plays a bigger role in society like its proponents hope. The data collects 38 years of global solar radiation, temperature and weather data to a resolution of 40 kilometers by 40 kilometers (24.85 miles by 24.85 miles). It’s then paired with data from solar installs around Europe. The data is available to all via Open Licence.

“We can look at not only a single installation, but energy production in entire countries or continents from PV installations,” Victoria said in a statement released Monday. “This is extremely important for the way in which the energy systems of the future can be combined to function optimally.”

The result, in the case of European countries, looks exactly like the Eye of Sauron, the villain in The Lord of the Rings:

Although it seems ominous, the illustration is anything but. The model could detail the performance of a photovoltaic installation in any given area, brighter colors means more energy generated. Insights from the visualization can explain how placing the panels on a roof would affect performance versus, say, a more advanced installation that tracks the sun.

“For instance, tracking and delta configurations produce more in the evenings,” Victoria tells Inverse. “This might be particularly beneficial to deal with the peak electricity demand when people are coming back home and start to cook and use electric appliances.”

Victoria notes that the cost of solar has plummeted over the past 20 years, and the challenge is no longer to generate the energy itself. A landmark report in March showed that installing new solar is now cheaper than maintaining 74 percent of American coal plants. Leveled costs have reached as low as $28 for solar. Attention is now turning to new issues like optimization.

That cooperation could become key in powering future countries, whose population size and sunlight exposure varies pretty immensely. Some particularly ambitious proposals involving covering the comparably empty Sahara Desert in solar to power the world, or even a small patch of land to power the United States. One proposal from Tesla CEO Elon Musk would involve using around 100 miles by 100 miles of land to power the country, plus an extra mile-by-mile battery to store the energy.

In practice, such far-flung ideas seem like a quick fix. But they would likely face political challenges that would mean a more distributed setup more feasible. On a more practical note, running the world off a single power source probably isn’t a great idea.

“PV installations will have a huge impact on the energy systems of the future, and planning systems based on models that do not take into account the outages in relation to the norm simply won’t work,” Victoria said in a statement. “Therefore, this project has gathered very detailed data over time for the last 38 years for the entire globe, so that the model can be used anywhere.”

Long‐term hourly time series representing the photovoltaic (PV) generation in European countries have been obtained and made available under open license. For every country, four different PV configurations, ie, rooftop, optimum tilt, tracking, and delta have been investigated. These are shown to have a strong influence on the hourly difference between electricity demand and PV generation. To obtain PV time series, irradiance from CFSR reanalysis dataset is converted into electricity generation and aggregated at country level. Prior to conversion, reanalysis irradiance is bias corrected using satellite‐based SARAH dataset and a globally applicable methodology. Moreover, a novel procedure is proposed to infer the orientation and inclination angles representative for PV panels based on the historical PV output throughout the days around summer and winter solstices. A key strength of the methodology is that it does not rely on historical PV output data. Consequently, it can be applied in places with no existing knowledge of PV performance.