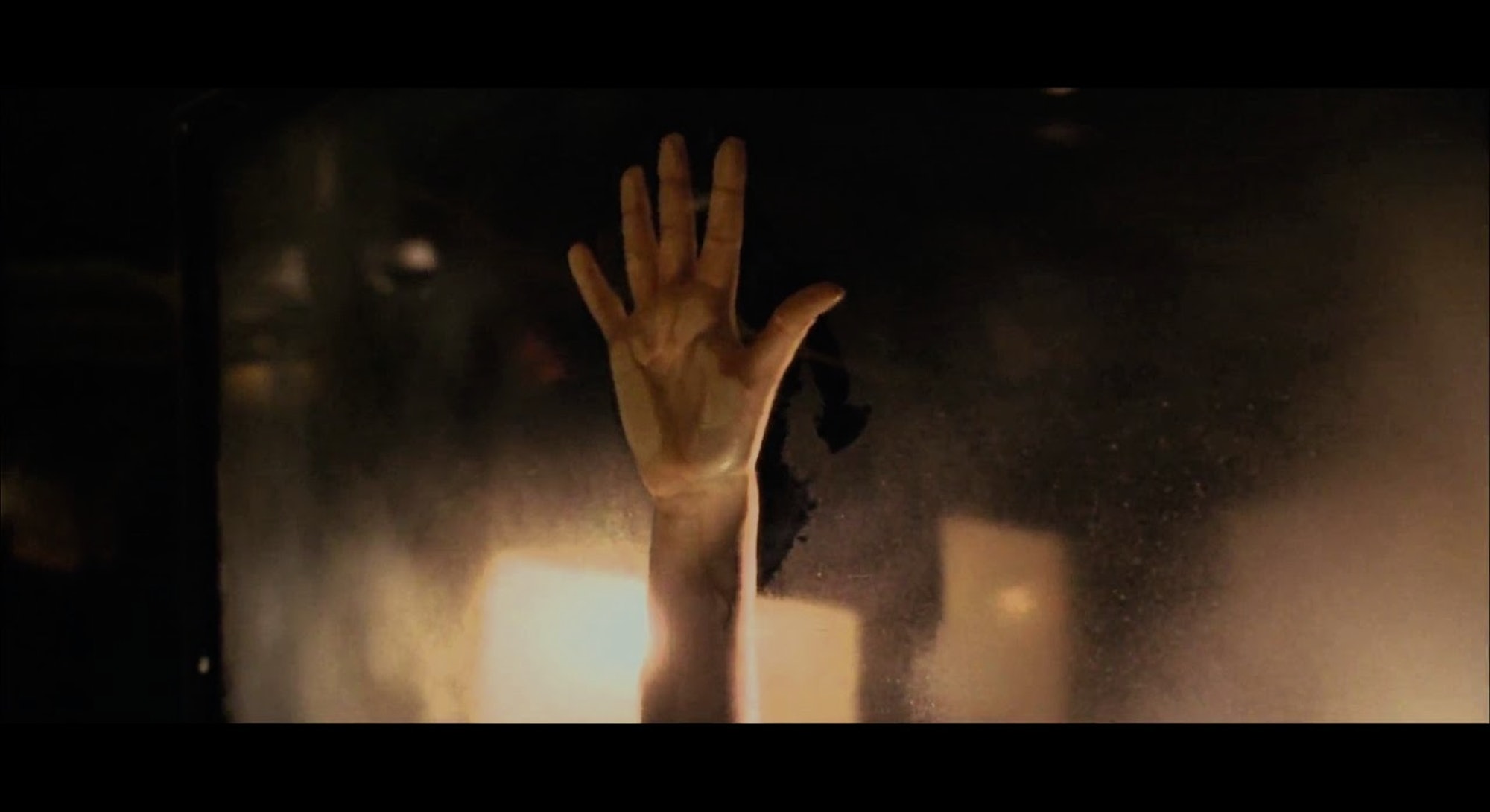 Tesla Taylor was worried that she was inadvertently hitting the steering wheel.

“Turns out there’s more ways to use Autopilot than we imagined,” Musk tweeted. “Shoulda seen it coming …”

Ever the fan of the double entendre, Musk was likely joking. But he should have seen it coming. Cars have always promised not just mobility and freedom but also sex, as exemplified in the advertising tactics that are often used to try to sell them. Roughly 60 percent of college-age students have had sex in a car, according to a 2016 paper in the Journal of Sex Research.

It’s easy to see how that number could go up. Not only do autonomous vehicles promise that drivers will one day be able to stop paying attention to the road; they will also make it easier to elude nosy parents, prying neighbors, pesky neighborhood kids, and anyone else who might feel like interrupting, or peeping.

Inverse reached out far and wide to find experts on the matter. To understand this brave new world, we spoke with a leading automotive historian, a tourism researcher who published one of the first cited papers to mention sex in self-driving cars (and the only one, as far as we could tell), and, of course, Tesla Taylor herself.

Here’s what this bright new future may hold for sex-havers in cars.

Sex in Cars: A Cultural History

The association between sex and cars stretches back to before the car was invented, according to Dan Albert, an automotive historian and author of Are We There Yet: The American Automobile Past, Present, and Driverless, published earlier this month. He tells Inverse that people began associating sex with vehicles even before the car was popularized, during the bicycle culture of the late 19th century.

Bicycles were hot stuff at the time. Tandem bicycles designed for two passengers, for example, may have even been an antecedent to partner-swapping and the “key parties” of the 1960s and 1970s. Getting on a bicycle at all also required women to loosen their corsets, at which point, all bets were off.

The famous French novelist Maurice Leblanc captured the role of the bicycle in liberating would-be sex-havers (and the partner-swapping and loosened corsets) from Victorian-era constraints in a famous novel, Voici des ailes, which was first published in 1898.

Albert notes that the automobile kicked this association into overdrive. Not only was there the mobility element, but there was also the element of danger. Combustion engines, after all, mean you’re literally sitting on top of an explosion. The car also reinforced and exemplified traditional masculine and feminine sexual dynamics, with the “active” male taking the wheel and the woman typically in the passenger seat.

“If you go back to early automobile stuff, you very quickly had this idea of the man taking his girl out on a jaunt,” Albert explains. “There’s the idea of getting out, away from the watchful eye of parents and priests and whatnot … But there’s the second element, the titillation of speed… So the danger there is also part of the thrill.”

These dynamics were captured in a 1905 song from Billy Murray called “In My Merry Oldsmobile,” which you can hear in the (admittedly somewhat grainy) recording embedded below.

The song was also used by General Motors as a marketing jingle for decades. Take a look. The second verse, in particular, is less-than-subtle:

“They love to “spark” in the dark old park

As they go flying along

She says she knows why the motor goes

The “sparker” is awfully strong

Each day they “spoon” to the engine’s tune

Their honeymoon will happen soon

Of course, Murray’s trope made an indelible mark on American culture, and sex in cars remained a fixture of pop music for more than a century, from Meatloaf to Nicki Minaj. One the link was made, it was always there, and the increased capacity for sex-having was at the foreground of automotive developments, from the van to the Citizens Band radio. Cars, Albert says, have always been developed and improved with the needs of men in mind.

“The idea of tame, quiet, easily operated vehicles didn’t do what men wanted a vehicle to do, which was have explosive power, thrusting pistons, noise, smoke, lots of grease, chains, whirligigs, and stuff to tinker with,” he says.

You can see this in the ads and the films that were made at the time. Those expansive backseats introduced by the van in the 1970s weren’t for carting around kids. They’re for doing it.

Those radios aren’t for communicating safely with other big haul drivers on your route; they’re for arranging an anonymous liaison with a woman who looks just like Rene Russo. And, of course, those driver assistive features aren’t about giving your arms a break; they’re to free your hands up so you can film the self-driving car sex you’re having.

Autonomy Will Change Our Relationship to Sex and Cars

Autonomy will dramatically impact this relationship, obviously. For one, Albert notes that a self-driving car has the potential to eradicate the male/female sexual dynamics that we still associate with the auto industry.

“This dynamic of powerful men, of men controlling machines and submissive women, which obviously already [is going away], is further undermined,” Albert notes. “You lose that idea of the man not just asking, but demanding sex, and having complete control over the mobility experience.”

The fact that men no longer use cars to control mobility or show off how manly they are — and let’s be real, there is nothing manly about summoning a self-driving car with a phone — doesn’t necessarily mean that sex in cars will stop.

After all, as Tesla Taylor tells us, sex in a self-driving car is pretty fun.

“It is a huge thrill,” she told us. “It makes your heart race, and it’s fun to be in public. I’m sure people looked over. I loved doing it.”

But will it take off?

The Future of Sex in Self-Driving Cars

Scott Cohen, a tourism researcher at the University of Surrey in the UK, thinks so. Last year, Cohen and his co-authors caused something of a stir with a paper in the Annals of Tourism Research investigating some of the possible impacts of self-driving cars on tourism.

Reporting on the study, the media, including Inverse, fixated on one small section of the paper, in particular, which raised the possibility for cities to develop versions of “Amsterdam’s Red Light District ‘on the move’.”

“Most people researching autonomous researchers are engineers, sorting how we can do this. As soon as people start to consider the social side of things, they frame the entire thing in terms of commuting,” Cohen tells Inverse. “That kind of view entirely left out the perspective that, as soon as people are free from the obligation of driving, they’re not just going to work.”

"“These vehicles are not private places."

As autonomous vehicles first take off, they will be novelties and tourism attractions. People will pay money, he thinks, to be among the first to use self-driving cars, even on sex-free routes that aren’t that interesting. This novelty will eventually fade, and Cohen says a similar dynamic is possible with sex in self-driving cars. You’ll do it once and then the novelty will fade. You’ll do it once or twice to say you did. Like bungee jumping.

“You can see a convergence of many things. The decriminalization of marijuana, the increasing acceptance of the sex industry and being more open to sex work, combined with the openness among governments toward autonomous vehicles,” Cohen tells me. “People will put two and two together. In many people’s minds, it’ll be men hailing female prostitutes, but i’m sure that it’ll be every variation.”

Whether commercial sex becomes yet another part of the “on demand” economy, however, remains to be seen.

Not everyone takes a progressive view of sex work. Special laws catered to stopping self-driving car sex — commercial or purely recreational — are easy to envision. When cars first became commonplace during the early 1900s, they caused a moral panic.

Congress even passed a law, the Mann Act in 1910, which made it a crime to drive women across state lines for “immoral purposes.” Though intended to prevent sex trafficking, the ambiguity of “immoral purposes” meant that the law could still be used to prosecute cases of legal sex until it was amended in 1986.

“The whole world won’t say, ‘This is fine, we’re fine with this,’” Cohen notes.

Then there’s also the problem of privacy. Self-driving cars are highly unlikely to offer the privacy and discretion of their steered predecessors. They’ll be filled with cameras on the outside, and likely the inside, for reasons of security.

To enable their self-driving system, Teslas all contain eight surround cameras offering 360 degrees of visibility, as well as 12 ultrasonic sensors. There are also GPS systems, navigation systems, and data collection systems. There will likely be microphones, too, to enable voice assistants.

In a recent paper for Surveillance and Society, Dartmouth College professor Luis F. Alvarez Leon argues that data collected from all these arrays will become just as valuable as our personal data is now, and monetized just as extensively.

In other words, tech companies and automakers will know about your dirty, carefree, self-driving car sex. They’ll make recommendations and serve ads. They’ll be vulnerable to spying and hacks.

“These vehicles are not private places; it’ll be difficult in terms of assuring people of privacy,” Cohen notes. “There are sensors everywhere.”

And, for other people, like the trailblazing Tesla Taylor, being watched will also be part of the fun.