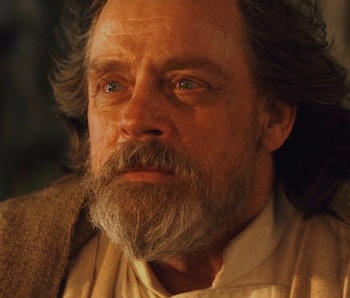 Language translations are a finicky business, so when it comes to translating a title like Star Wars: Episode IX — The Rise of Skywalker into a language like Japanese or Polish, the results can sometimes be surprising. On Monday, the official Japanese page for Star Wars: The Rise of Skywalker confirmed that in Japan, the film would be released under the title “Dawn of Skywalker.” Analyzing the subtle differences in this word choice could mean one of two things: Either 1) everyone’s theory about “Skywalker” being a new Force-sensitive group akin to the Jedi is right or 2) Episode IX will retroactively focus on a Skywalker’s rise to power — probably Anakin’s.

Oh, and the official Polish translation references either “resurrection” or “rebirth.” So what does it all mean for Star Wars: The Rise of Skywalker? Let’s dive in.

Speculative spoilers for Star Wars: The Rise of Skywalker ahead.

Fans on Reddit quickly began commenting on the different title variations around the world earlier this week when the Japanese title was made official. Translations vary across languages, but they all reference words like “rise” or “dawn,” except for the Polish variation that translates closer to “rebirth.”

“Rise” and “Dawn” feel synonymous based on the sentence structure used in most versions of the title. In English, we use both words to talk about the run rising into the sky every morning at dawn. For something to “dawn” also means some kind of the beginning, but it also inherently implies a kind of cycle. The Star Wars movies talk a lot about the “Light side of the Force” and inspiring hope for the Rebellion/Resistance. In the Japanese translation, the metaphor of the sunrise is taken quite literally.

The actual Japanese word used in the title, per the official website listing, is “yoake,” a word that literally means “dawn; daybreak” — aka, when the actual Sun rises on the horizon. It’s an interesting choice as opposed to the direct translation of “rise” to “jōshō,” which instead means something closer to “rising; ascending; climbing.” The Japanese title therefore grasps at a more metaphorical meaning of the Skywalker rising like a sun to spread light, rather than something rising in power.

Meanwhile, the Polish title uses “odrodzenie,” a word that does translate to “resurrection,” “rebirth,” or even the “Renaissance.” A sense of renewal that metaphorically could also apply to daybreak.

Could “resurrection” be a huge spoiler referencing Palpatine’s return? Or is it just another reminder that Luke Skywalker will return as a Force ghost?

Unless, of course, the more obvious explanation turns out to be true: Every variation of this title is just a metaphor meant to have multiple meanings and means of interpretation. With Episode IX closing the chapter on the Skywalker Saga, will it look retroactively at Luke Skywalker from the original trilogy who started it all? Or will it instead reintroduce his father Anakin Skywalker, who was the original Chosen One and the arguable protagonist of this entire franchise? Perhaps the metaphorical and literal “rise” of Skywalker does refer to a new order of knights that replace the Jedi and the Sith moving forward.

The most likely explanation is that all of these ideas turn out to be true. Either way, when the translations vary only slightly, it’s still great food for thought when we’re this far out from release.

Star Wars: The Rise of Skywalker will be released in theaters on December 20, 2019.