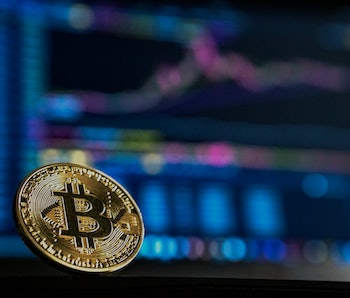 Bitcoin’s 2019 rally, which kicked off in March, has gained traction over the last few weeks. As of Wednesday at 6 p.m. eastern, the price had surged more than 9 percent over the previous 24 hours, according to CoinMarketCap, after gaining as much as 13 percent earlier in the day. The highs-and-lows even prompted a brief Coinbase outage, evoking the height of the bitcoin bubble in 2017.

This has naturally prompted the question of whether bitcoin is capable of repeating history, specifically, the meteoric 1,400-percent gain it made that year, according to Bloomberg. The bitcoin boom and bust both made and unmade bitcoin millionaires in a matter of months.

On one hand, no one can predict the future — that goes quadruple for bitcoin — but it’s important to understand how much the cryptocurrency landscape has changed and, most people would say, improved since the last big crash, explains Campbell Harvey, a finance professor at Duke who has studied cryptocurrencies for years.

“I was very clear in December 2017, that what we were experiencing in the bitcoin space was a speculative bubble,” Harvey tells Inverse. “The number of new accounts that opened didn’t make a lot of sense, and people were investing purely for speculation. That bubble burst.”

When the 2017 bubble happened, some people even reasoned that Thanksgiving dinner played a role, with friends and family-members boasting about their gains, driving uninformed relatives to go set up Coinbase accounts and buy in themselves. The price skyrocketed throughout early December, lending even more credence to the theory.

Now, however, there are more substantive explanations for why the outlook for bitcoin and cryptocurrencies appears to be improving, Harvey says, citing three primary factors. The first is institutional adoption from the most powerful companies in the world, not only Facebook, but from the mega-bank JP Morgan, who introduced its own coin earlier this year, and Nike, which recently trademarked something called “Cryptokicks” (it’s just a trademark, but still).

"This is not your neighbor that has $100 and wants to get into the game. These are big names

“This is not your neighbor that has $100 and wants to get into the game. These are big names,” Harvey explains. “And you know that there is more to come. Think about Amazon. Just do the math with them. How much do you think they pay the credit card companies each year?”

There are other factors at play, too. Back in 2017, the financial infrastructure available to crypto-related ventures — auditors to assess deals; clearing houses with enough crypto or cash on hand to execute bigger trades — didn’t really exist. People who wanted to buy some bitcoin were left with mostly shady exchanges that got hacked all the time.

Now, main-street traders have options from mainstream brokerages like Fidelity or E*Trade, and who have been around for decades. Financial institutions have powerful partners like Intercontinental Exchange, parent of the New York Stock Exchange, and big-four auditing firms like PwC, which began [accepting](began accepting](https://www.bloomberg.com/news/articles/2019-06-26/pwc-now-audits-crypto-companies-as-asset-class-adoption-grows?utm_campaign=socialflow-organic&utm_source=twitter&utm_content=crypto&utm_medium=social) crypto-related audits only on Wednesday.

Finally, consumers can actually spend their bitcoin in real stores. Not just the random patchwork of retailers who began accepting bitcoin often as poorly-disguised public relations attempts, but stores you actually use, like Starbucks and Whole Foods. Most of these projects were developed before or during the “crypto winter,” and announced only recently, most of them in the last few months.

“You put all that together, that looks a lot different from 2017, when it was mainly driven by small retail investors,” Harvey notes.

Of course, none of this is to say that bitcoin should be trading at a given price. Anyone who tells you that the above developments can sustain a specific price — whether that’s $0 or $50,000 — is probably selling you something. But it does go to show that, when it comes to bitcoin, human psychology had as much to do, if not more to do, with its bubble and its subsequent crash, than its merits.

More like this
Culture
Sep. 23, 2022
You need to watch the best legal thriller of the century before it leaves HBO Max next week
By David Grossman
Science
20 hours ago
Ancient DNA reveals the shocking scale of Anglo-Saxon migration
By Jennifer Walter
Culture
Sep. 16, 2022
How an ultra-nationalist religious group became one of the most popular film producers in Japan
By Alicia Haddick
Related Tags
Share: