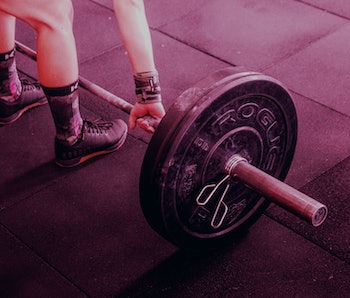 CrossFit exists at the nexus of hardo fitness culture. In light of its popularity, many of the uninitiated have wondered: Is CrossFit actually safe? A paper released in the Orthopaedic Journal of Sports Medicine in May has once again raised questions about the regimen’s extra risks.

CrossFit was developed as an alternative to traditional workouts, but it’s become more like a sport. It is competitive, drawing an estimated 500,000 people at a time to complete an online workout, such as the CrossFit Open Event. As with any athletic activity, people have been injured while participating. But over the regimen’s 19-year history, a number of scientific papers have investigated whether CrossFitters are more likely to get injured compared to people who do comparable fitness regimens.

In the recent paper, a team of researchers including corresponding author Robert Gallo, Ph.D., an associate professor in the Department of Orthopaedics and Rehabilitation at Penn State, show using data from 122 CrossFitters and 289 traditional weightlifters that there are indeed extra risks involved in CrossFit.

This study has garnered a swift response from CrossFit demanding a retraction. Gallo tells Inverse that he is consulting with his attorney, and we will update this story with his comment.

How Common Are CrossFit Injuries?

In the paper, Gallo and his colleagues asked their group of CrossFitters and traditional weightlifters to report how many injuries they sustained over a two-year period. According to their data, CrossFitters are 1.3 times more likely to report an injury. “Despite these findings,” they note, “the increased likelihood of injury may have less to do with the exercises involved with CrossFit and more related to the intensity with which the exercises are performed, and thus increased awareness is needed to prevent further injuries.”

The study quickly gained attention from CrossFit’s representatives. In a letter refuting the paper’s claims dated May 17, they asked that the paper be retracted, claiming that it:

Their issue is that Gallo and his team referenced a 2013 Journal of Strength and Conditioning Research paper that was retracted, for legitimate reasons including unapproved IRB protocols. CrossFit also filed a lawsuit against the National Strength and Conditioning Association (NSCA) regarding the study, and eventually a federal court deemed that data in that paper had been falsified. That study’s senior author has since resigned, the paper has still been cited “more than two dozen times”, according to Retraction Watch.

Other researchers who have looked into the injuries associated with CrossFit have avoided lawsuits and retractions, and their papers make up a few of the over 30 studies about CrossFit and related injuries listed in PubMed, the NIH’s medical literature database. Rounding up the conclusions from three such studies, a 2018 review paper in the Journal of Sports Rehabilitation concluded that CrossFit injuries are in line with those from other sports:

Nevertheless, CrossFitters do struggle with some basic injuries, the authors note, mostly because of poor form and muscular fatigue.

A 2014 paper, also in the Orthopaedic Journal of Sports Medicine, noted that of 19.4 percent of their sample of 386 CrossFit gym-goers in New York and Philadelphia had obtained an injury in the past 6 months. In response to criticism of their work, the author clarified that the injury rate was 2.4 injuries per 1,000 hours of CrossFit.

It noted that CrossFitters mostly get hurt in three areas: the lower back, the shoulder, and the knee. These occurred most often during the powerlifting or gymnastics movements.

In one explanation for these common injuries, the authors suggest that some of the exercises — like the traditional kipping pull-ups — push athletes “beyond their usual physiologic range of motion” and cause injury in that way.

They also note, however, that injuries could just be a result of exhaustion. The sheer amount of reps in a common CrossFit workout induces muscular fatigue, which, over time, can lead to a breakdown in form — especially for newer CrossFitters who are unfamiliar with the motion. Some of the common overuse injuries come down to one thing: going too hard and too soon without proper instruction.

One additional risk to be aware of is a condition called rhabdomyolysis, or rhabdo, for short, which has been linked to extreme workouts, like CrossFit.

Rhabdo occurs when skeletal muscle cells rupture rapidly under intense strain. When that happens, they can leak myoglobin (the oxygen-carrying protein) into the bloodstream. Too much myoglobin can overload the kidneys, and, if there’s a preexisting condition, cause kidney failure.

One analysis published in 2018 by physicians at Northwestern’s Feinberg School of Medicine found that, of the 589 people who turned up at their hospital for CrossFit-related injuries, 11 were eventually diagnosed with rhabdomyolysis. Another study published in the International Journal of Medical Students in 2014 reported two cases of rhabdo from the same gym, attributing the condition to the “same excruciating workout.”

Other intense workouts, like spin classes, are also associated with rhabdo cases. In these as well, it appears that the effects are most commonly seen in untrained athletes who dive into a difficult regimen too quickly, as a paper in the American Journal of Medicine notes.

It bears noting that the culture surrounding CrossFit’s intense workouts may also encourage some athletes to push themselves into dangerous, cell-rupturing territory. In 2005, the New York Times noted such a case, when former Army Ranger Brian Anderson was hospitalized after CrossFit-induced rhabdo set in, but was back at it within months:

“I see pushing my body to the point where the muscles destroy themselves as a huge benefit of CrossFit,” Anderson said, at the time.

CrossFit founder Greg Glassman has acknowledged the fact that CrossFitters report cases of rhabdomyolysis, and it’s prevalent enough to have inspired a cartoon character, Uncle Rhabdo, a yoked but bleeding clown who is the unofficial mascot of CrossFit-induced rhabdomyolysis.

Avoiding injury is different for everyone, depending on past issues or current fitness level. But there is one basic rule for beginners, according to a 2017 review published in Occupational Health: Build into CrossFit slowly.

"One basic rule for beginners: Build into CrossFit slowly.

Doing so safely requires a little help from more experienced CrossFitters. Performing exercises with a trainer, the authors of the review note, greatly decreases the risk of injury. They also emphasize that newbies shouldn’t skip the “On-Ramp” programs, which are dedicated to building up the required skills and endurance to make it through the regimen:

“To benefit most from CrossFit, it is best to find a CrossFit gym with an ‘On-Ramp’ program, which provides instruction on fundamental CrossFit movements as well as CrossFit-certified coaches,” they add.

Rhabdo and overuse injuries aside, the takeaways from the existing literature on CrossFit and injury risk are largely the same. For some people, the fitness and culture that CrossFit promises can be tantalizing — and even beneficial. But all athletes, whether CrossFitters or not, can benefit from this piece of advice: going too far, too fast, is risky, regardless of the sport.

Editor’s Note: This report has been updated throughout to bring more clarity to the history of the studies referenced within it. (June 14, 2019)

Correction: An estimated 500,000 people participated in the Crossfit Open in 2018. A previous version of this article misstated the number of participants.

More like this
Mind and Body
Jan. 31, 2023
Why Is My Skin Worse in Winter? 5 Conditions Dermatologists Watch out For
By The Conversation, Jeffrey Chen and Sonal Choudhary
Mind and Body
Feb. 2, 2023
Meet the Scientists Who Want to Make Medical Devices Eork for Everyone, Finally
By Miriam Fauzia
Mind and Body
Feb. 1, 2023
Why the future of periods could be none at all
By Elana Spivack
LEARN SOMETHING NEW EVERY DAY.
Related Tags
Share: