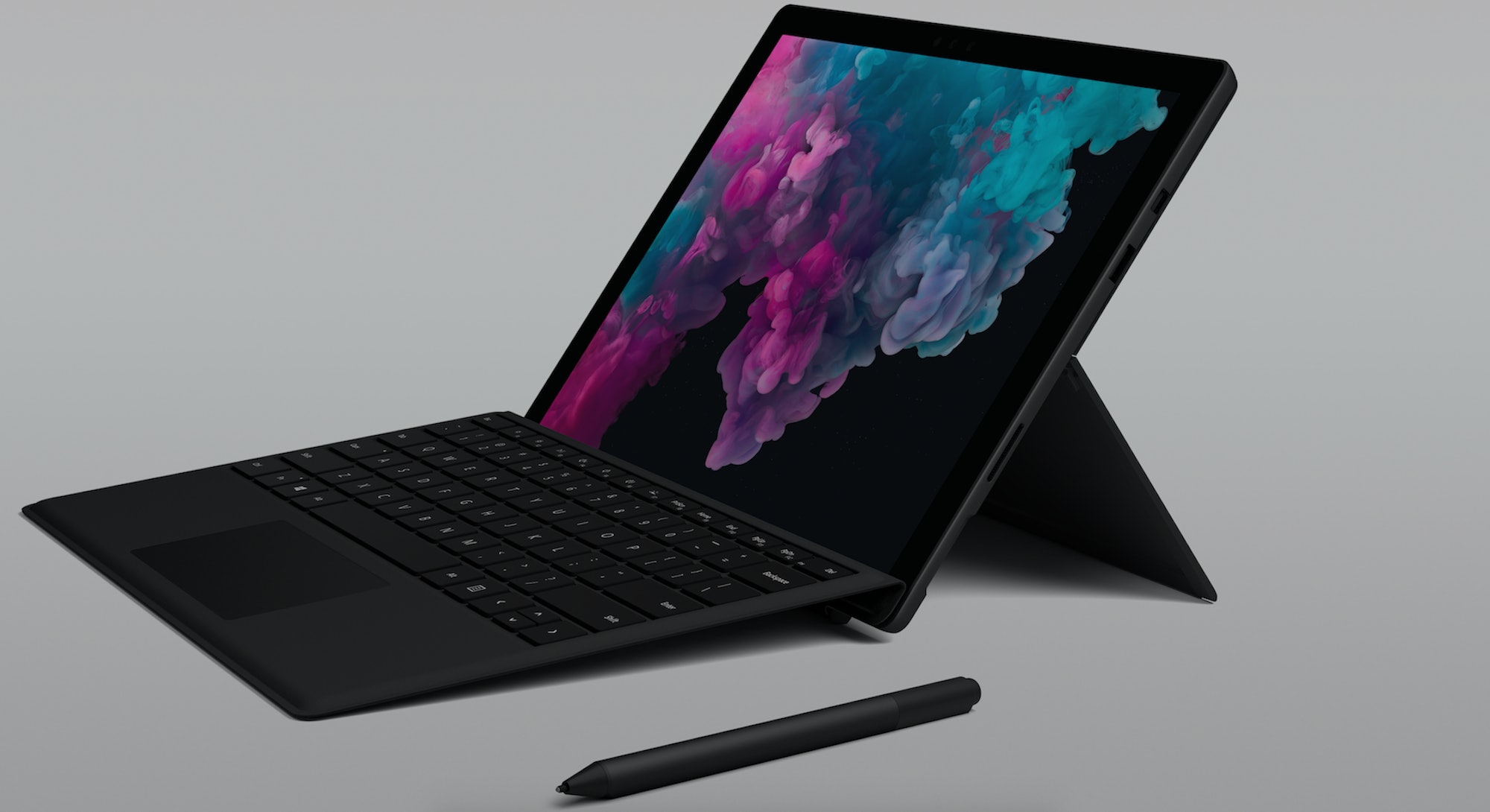 Microsoft’s tablet-plus-keyboard has questionably tried to take the laptop on a new and exciting path. Over the past six generations (since February 2013), the Surface Pro has quietly transformed from an interesting tablet into a high-performance machine that’s nimble enough to tackle practically any task users throw its way.

Inverse recently went hands-on with a Surface Pro 6 — first released in October — equipped with an eighth-gen Intel Core i5 processor, 256GB of storage, and 8GB of RAM. Seven days later, I would argue that the Pro 6 can indeed replace your laptop, and would urge users to seriously consider choosing this device instead of Microsoft’s more laptop-like Surface Book hybrid.

Let’s get into my week with the Surface Pro 6 and the six things I only realized after owning one for seven days.

First impressions after opening it up: This thing is gorgeous. Microsoft’s type cover has a lovely fabric back, which, when placed upside on a table, makes it look like a regular notebook. My MacBook Pro looks sleek with its seamless aluminum design, but it’s cold and decidedly tech.

Setup takes only around 10 minutes — Microsoft seems to have made this intentional, with voice-activated steps, Windows Hello biometric facial authentication, and a straightforward series of questions. Cortana, the virtual assistant, has a cheery demeanor that might be a bit too much for some, but it’s better than the days when you’d have to fiddle with the BIOS to get the PC to boot from your Windows 98 CD-ROM.

In 2019, Windows is an acquired taste, especially as a Mac user. I mention this because, chances are, you are not currently using a Windows machine. Windows only accounts for around 40 percent of global device market share, around the same as Android, as a mobile-first world has reduced dependence on Microsoft’s operating system. Still, though, Microsoft makes its design choices for a global user base, and it shows, with a freshly intuitive UX.

Windows 10 stands in stark contrast to older versions, and the Surface Pro 6 shows Microsoft has been in listening mode. The operating system switches to an Android-style tablet mode when the Type Cover is removed. Prompts are easy to understand, in plain English, but perhaps the Surface’s biggest benefit is the same as Apple’s long-held advantage: The software and hardware are made by the same company, eliminating any unexpected driver clashes or hardware vendor oddities. The Pro 6 is a fascinating glimpse at a world where Apple made Windows machines.

Elsewhere, the hardware is very much up to standard. Typing is nice and a bit more mechanical than my MacBook Pro. The trackpad is smaller, but ratcheting up its sensitivity helps to compensate. The touchscreen, which also supports pen input, is a practical bonus that will grow on users who may spend entire sessions using only that feature. Unlike a regular laptop, you can switch out the keyboard for a wireless alternative, marking a point for the modular versatility that any non-Apple user will often bring up when listing off the advantages of the PC life.

It’s the end of a working week, and I’m relaxing with a longread. Let me say this: Tablets are underrated, and having not owned one for around four years, I’d forgotten how nice it is to kick back on the sofa and hold it up, newspaper-style. I turn off Slack, grab a snack, and delve into Beto’s long history of failing upward.

Over breakfast, I show my partner a story I’m really happy about, a description of Blue Origin’s plans for a space colony. The tablet form factor feels natural, and the display is gorgeous. Unfortunately, handing the device over, I eyeball a Windows quirk that throws things off course — there’s a Windows button and a Cortana button instead of a single unified home button. Why?

It’s early morning, and it’s time to watch some Bodyguard on Netflix. The kickstand can swivel far enough back that I can rest the tablet on my lap, slightly angled up for a perfect view. The Netflix app is nice and responsive. In ways, it’s a shame the Windows Phone never took off so users could run the same apps on the move as well. Perhaps Apple can pick up the slack here with their rumored Mac and iPhone integration.

My back hurts. I normally use a Nexstand to elevate my laptop to eye height, but it’s designed to support the base of the laptop by curling around the edge. It’s one of those moments where I remember that this is not a normal laptop, and not everything will work as expected. Another example is when I want to adjust the screen angle, and I have to reach around the back to move the kickstand instead of prodding on the screen.

These are just minor details, though, and I believe it’s more than a fair trade-off for all the other benefits. I can use it on my lap like any other; switch to tablet at a moment’s notice; prop up with the kickstand where needed; and even pull the keyboard away entirely if I want to cover my desk in books (or food) while interacting with just the touchscreen.

"The Pro 6 handled all my daily tasks without breaking a sweat, and I would argue that’s probably the case for most people."

In fact, having used the Surface Book last summer, I would recommend considering the Pro 6 over the Book. The Pro 6 is cheaper, lighter, has a kickstand, folds in flat without any kinks, and the fabric design is lovely. The Book wins on speed, especially with graphics performance, but the Pro 6 handled all my daily tasks without breaking a sweat, and I would argue that’s probably the case for most people.

I didn’t expect to love the Surface Pro 6. The photos on the website make it seem an awkward compromise, wherein one trades a rigid laptop for a tablet with a keyboard attached. That’s not a bad thing, as it turns out, and I would urge people even slightly interested to try one out for themselves. Even if it never became clear why there’s a Windows button and a Cortana button, I did learn that the laptop is not the ultimate form factor, leaving room for exciting innovations in the hardware market, like the Surface Pro 6.