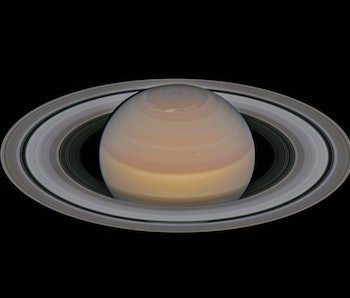 Humanity will need to protect the solar system before asteroid miners and tech billionaires plunder its precious resources, a team of scientists have warned.

The new space race is underway, with Blue Origin and SpaceX among the flashiest competitors: SpaceX is pushing down the cost of rocket launches, and Blue Origin is bringing up a vision of “millions of people working and living in space.” The results of these early efforts could contribute to a multi-billion dollar industry that will encourage future entrepreneurs to take to the stars — and harvest resources of our solar system.

A group of researchers, who have written a paper for an upcoming issue of Acta Astronautica, suggest that policymakers should think ahead, and place restrictions on the various forms of space mining, before this new industry really starts to take off.

“If we don’t think about this now, we will go ahead as we always have, and in a few hundred years we will face an extreme crisis, much worse than we have on Earth now,” Martin Elvis, a senior astrophysicist at the Smithsonian Astrophysical Observatory and one of the two authors, told The Guardian this month. “Once you’ve exploited the solar system, there’s nowhere left to go.”

Elvis and Tony Milligan, a philosopher at King’s College London, is also credited as an author on the study. Milligan is calling for something called the “one-eighth principle.” Humans should only use up one-eighth of the resources available in the solar system, leaving the rest as a guarded wilderness. Think of it as a National Park, but for space.

Protecting one-eighth leaves a large amount of resources: one-eighth of the iron in the asteroid belt, for example, is still a million times more than all the iron on Earth. If the space economy grows at a rate of 3.5 percent per year, humans would reach the one-eighth limit after 400 years.

Space resources have got experts excited about the possibilities, leading to speculation about a new gold rush. Neil deGrasse Tyson, who claims that the first trillionaire will be an asteroid miner, said in November 2018 that the abundance of resources in space could reduce wars, as humans no longer need to fight over scarce resources.

An example of such resources is Helium-3. Gerald Kulcinski, a former member of the NASA Advisory Council, told the Wall Street Journal that this material is useful for fusion power, which could provide a new source of energy. It’s abundant on the moon but rare on Earth, and it costs a lot. A metric ton is worth around $5 billion, eclipsing gold which is valued at a paltry $42 million for the same amount.

While Blue Origin and SpaceX are initially focused on the $5 billion industry of sending up satellites for commercial clients, both firms will soon be executing more lucrative ideas, like a satellite internet service that SpaceX projects will bring in $20 billion per year by 2025. Then, future-facing ideas, like Musk’s vision of a city on Mars and the space colonies that Bezos has predicted can come to the fore.

But Elvis and Milliga, the researchers behind the future-focused study, argue that humans are bad great at judging exponential growth. Even the eighths principle is designed with human reactions in mind, as reaching that limit would means humans had just 60 years left to transition to a new economic model before depleting the system’s resources entirely. That still leaves a number of unanswered questions, like where that eighth should focus and what other restrictions humans may require.

“Do we want cities on the near side of the moon that light up at night?” Elvis told The Guardian. “Would that be inspiring or horrifying? And what about the rings of Saturn? They are beautiful, almost pure water ice. Is it OK to mine those so that in 100 years they are gone?”

“How much of the Solar System should we reserve as wilderness, off-limits to human development?” We make a general argument that, as a matter of fixed policy, development should be limited to one eighth, with the remainder set aside. We argue that adopting a “one-eighth principle” is far less restrictive, overall, than it might seem. One-eighth of the iron in the asteroid belt is more than a million times greater than all of the Earth’s currently estimated iron ore reserves, and it may well suffice for centuries. A limit of some sort is necessary because of the problems associated with exponential growth. We note that humans are poor at estimating the pace of such growth and, as a result, the limitations of a resource are hard to recognize before the final three doubling times. These three doublings take utilization successively from an eighth to a quarter, then to a half, and then to the point of exhaustion. Population growth and climate change are instances of unchecked exponential growth. Each places strains upon our available resources, each is a recognized problem that we would like to control, but attempts to do so at this comparatively late stage in their development have not been encouraging.

Our limited ability to see ahead until such processes are far advanced, suggests that we should set ourselves a “tripwire” that gives us at least 3 doubling times as leeway. This tripwire would be triggered when one-eighth of the Solar System’s resources are close to being exploited. The timescale on which we might hit this tripwire, for several assumed growth rates, is long. At a 3.5% growth rate for the space economy, comparable to that of the use of iron from the beginning of the Industrial Revolution until now, the 1/8th point would be reached after 400 years. At that point, the 20-year doubling time associated with a 3.5% growth rate would mean that only 60 years would remain in which to transition the economic system to new “steady state” conditions. The rationale for adopting the one-eighth principle so far in advance is that it may be far easier to implement in-principle restrictions at an early stage, rather than later, when vested and competing interests have come into existence under conditions of diminishing opportunity.