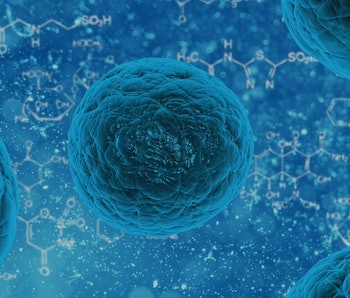 Are we alone in the universe? Intelligent beings living beyond Earth used to be the domain of science fiction, but today scientists take the question quite seriously. The Breakthrough Initiative program was founded with the purpose of contributing to this search for life. However, at Breakthrough Discuss 2019 scientists floated a different idea: What if we instead created life in space?

On Friday, the annual academic conference’s keynote speaker was Marileen Dogterom, Ph.D., a Dutch biophysicist and professor at the Kavli Institute of Nanoscience at Delft University of Technology. She’s also the director of a landmark initiative called Building a Synthetic Cell (BaSyC), a research program with a name that doesn’t leave much mystery about what the scientists involved are trying to do. Their goal is to create an autonomous, self-reproducing synthetic living cell — something that has never been done before.

This feat, if they achieve it, has important applications for life not just on Earth but also in space. According to Dogterom, if scientists “actually manage to build simple cells that we can control,” they could be used to make biofuels and new materials, as well serve as precise carriers for delivering drugs. The understanding of the molecular basis for cellular behavior that scientists will gain during the process of creating a cell can also contribute to the development of targeted medications and personalized treatments.

“There’s a whole range of applications,” she announced. “They could be used as factories to synthesize molecules that you might want to use elsewhere outside of our own world.”

There is, however, a major emphasis on if they can build the cells. Dogterom predicts they could get there within five to 15 years — the timeline, she laughs, is dependent on optimism.

“This is not about [discovering] the origin of life, it’s not about the question of how did life emerge,” Dogterom emphasizes. “It’s really about life as we know it based on the molecular components — DNA, RNA; proteins — how do they work.”

Scientists know the biomolecular building blocks of cells but don’t have a complete sense of how they all work together. They’ve created lifelike artificial cells and synthetic genomes that were then added to cells, but never a cell that can sustain itself, grow, and reproduce.

BaSyC has received €19 million (about $21.46 million) from the Netherlands Organization for Scientific Research for this project — a fair portion of the €25 million ($28.24 million) they say it will cost to achieve this feat. As of now, the team is focused on learning how molecules are organized within the cell and how they communicate with each other.

“Cells can do amazing things, even the most simple ones,” Dogterom said from onstage. “For the moment I would say we have no clues how this arises from the interaction of components. By building it, we may get a much deeper understanding.”

The name of her talk was “Bringing Synthetic Cells to Space?” but Dogterom says it would be more accurate to replace “bringing” with “building.” We’re a long way from intergalactic synthetic cells in space — scientists have to create them on Earth first. But the work suggests a tantalizing future: NASA is very interested in synthetic biology and proposes that it’ll be the backbone of what space explorers eat and build.