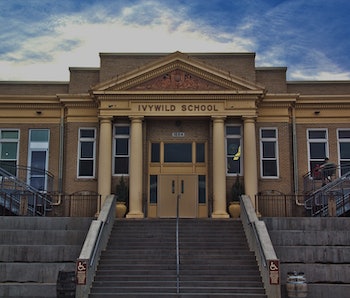 High school is not a beautiful time in many people’s lives. However, the photographic evidence of that awkward period may have just yielded a strange insight into the genetics of beauty. According to a new study published Thursday in PLOS Genetics, there are genetic keys associated with facial attractiveness, and they were revealed by combing through high school yearbook photos from 1957.

Searching for the genetics behind a subjective trait like beauty is a dangerous game, but lead study author Qiongshi Lu, Ph.D., a biostatistician at the University of Wisconsin-Madison, was willing to try. He turned to the Wisconsin Longitudinal Study, a database of genetic information and high school yearbook photos of high school seniors who graduated in 1957. After a team of coders assigned attractiveness scores to each photo, Lu noted that there was “genetic architecture” that seemed to be related to how high — or low — a person’s score was.

“We are glad to be able to identify some interesting genetic variations and candidate genes for this complex and fascinating human trait,” Lu tells Inverse. “That said, attractiveness is not and will never be an objective measurement. It is interesting to study such perception for various reasons, but it is a concept that is constantly evolving within our society and we should not treat our findings to be the genetic basis of the ‘gold standard’ definition of beauty.”

No one deserves to have their yearbook photo rated on a hotness scale, but to see whether there were pattens between subjective opinions of beauty and the genetic material in these high school graduates, Lu recruited a mixed-gender group of 80 coders to rate how attractive 4,383 of those people seemed. Then, different combinations of 12 coders (six male and six female) were assigned to rate each photo on a scale of one to 11.

It’s crucial to note that there is no single gene that codes for “attractiveness,” since it’s a social phenomenon, not a biological trait. But Lu did find a number of genes that correlated with the attractiveness scores assigned to each individual. These different genes all combine to create the “genetic architecture” behind what faces we find attractive, Lu argues. That said, he does try highlight a few “candidate genes” associated with certain traits.

"We should not treat our findings to be the genetic basis of the ‘gold standard’ definition of beauty."

When women viewed the photos, Lu noted there was another area of the genome that was correlated with their ratings. Male attractiveness ratings seemed to be heavily influenced by genes associated with blood cholesterol levels, which the authors note, are known to be involved in the synthesis of testosterone.

Overall, Lu’s strange study is an attempt to use genetics to quantify a social process: the highly judgmental act of deciding how attractive you find someone’s face. And importantly, it’s in a very small subset of people. Everyone in the study was of European ancestry — which Lu notes was an intentional choice to help decrease the number of genetic variables that were considered, making associations stand out more clearly. However, there is growing concern that homogenous sampling happens too often in genetics studies, which leads to sweeping conclusions about the nature of human traits that may not apply to people of different backgrounds.

“What we were measuring was the perception of attractiveness, and it depends on the study population, age group, cultural background, and many other factors,” Lu says. “At this point, there is no evidence that findings in our study can be extrapolated to diverse populations or different age groups. So the results need to be interpreted with caution.”

Perhaps one day we will find genetic patterns that explain how biology has shaped society’s concepts of beauty, whether we want to or not. And if we do, we’ll have the awkward 1957 yearbook photos from over 4,000 Wisconsinites to thank, at least in part.