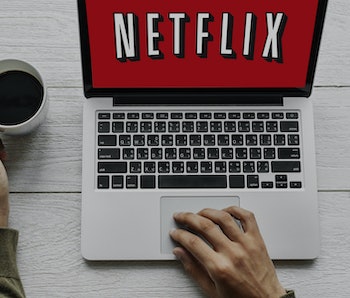 Let us set the scene: You’re lying in bed, half-watching that new Netflix movie that your friends keep bugging you to see. Suddenly, the movie music swells. Oh, a romantic moment! Between whats-her-name and that… guy! And then, in the corner of your screen, a pop-up. “Replay that scene?” it asks. If you’re feeling a little, uh, weird about your computer asking if you’d like to re-watch a steamy scene, well, welcome to the future: Netflix has started testing an instant replay feature, and people do not know how to feel.

As early as Dec. 10, Netflix users began reporting on Twitter and Reddit that while watching several movies, including a couple of Netflix originals, they were prompted after particularly intense, emotional scenes with an option for instant scene-replay. Netflix has since confirmed they’ve begun user testing a replay-scene pop-up notification that appears in the same lower right-hand corner as the “skip intro” option for many TV shows.

Netflix subscribers are already offered the option of 10 second rewind and fast forward buttons, but the scene-replay promises a significantly more precise rewatching experience. It’s unclear whether Netflix plans to roll out this feature to all of their more than 120 million subscribers worldwide, or how long their user testing will last. But viewers across the United States have already begun grumbling online about the invasive nature of a pop up.

“Really messed up my immersion,” wrote another commenter on the same thread. “So far it’s happened right after two intense scenes. Really took me out of the moment.”

So how does Netflix determine which scenes need repeating? Several users on Twitter and Reddit have reported the replay pop-up appearing after a particularly cute make-out scene in the recently released Netflix movie Dumplin’.

Other movies saddled with user testing reportedly include Black Panther, Guardians of the Galaxy and Mowgli.