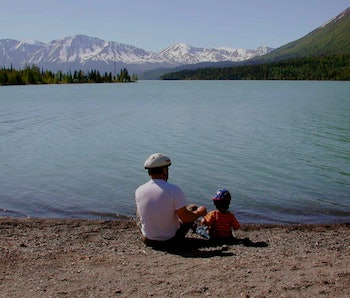 Not ready for kids? You can thank science for providing another reason to postpone procreating. According to new research at the University of Helsinki, being a young dad raises the risk of dying in middle age.

The study suggests that guys who have kids before the age of 25 have to deal with more psychological and financial stress, which could contribute to early death. In the study, the young dads most commonly ended up dying from heart disease and alcohol-related illness.

The researchers drew a sample of 30,500 men from the 1950 Finnish census, all of whom were born between 1940 and 1950 and had kids before they turned 45. The team looked at when men had their first child, and then tracked their mortality in midlife, between age 45 and 54. On average, men had their first kid between age 25 and 26. Taking this group, the researchers looked at their risk of dying at middle age and used this figure as a baseline.

“The findings of our study suggest that the association between young fatherhood and mid life mortality is likely to be causal,” the researchers wrote in a news release.

Being a young dad isn’t as disruptive as being a young mom, they also indicated, but the stress of having to be a father, lover, and breadwinner makes it harder for young men to invest in their personal wellbeing — perhaps leading to the poor habits and boozing that are causing early death.

The researchers are hoping these findings will lead to better support systems for men who do become stressed-out young fathers, whether deliberately or unexpectedly. A happier dad, they add, is better for the kids, too.