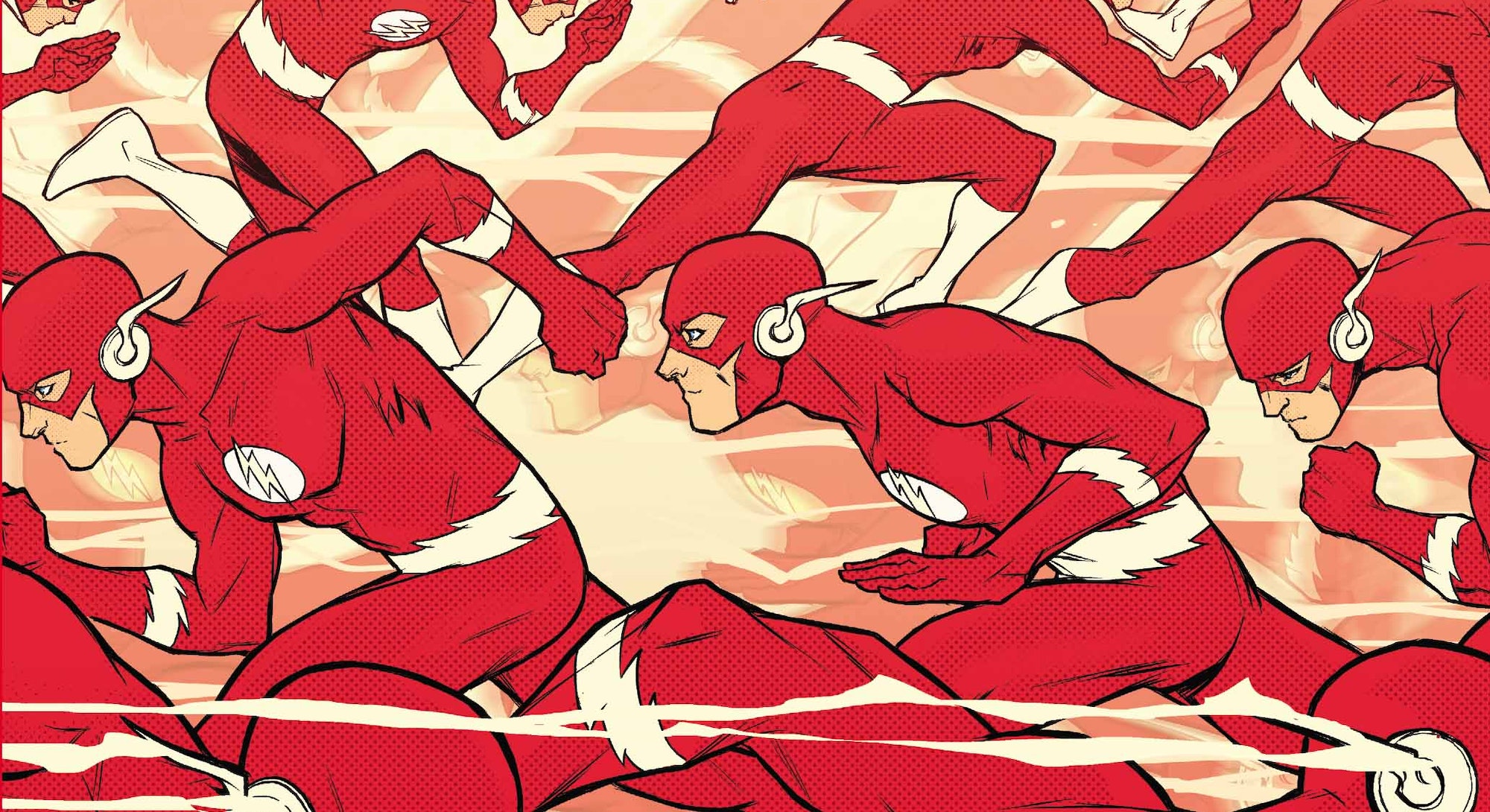 Barry Allen is one of the most important characters in the DC Universe. So it would make sense his life story would be so intrinsically tied to DC history, which is revealed in Inverse’s exclusive preview of The Flash #58.

Available now at your local comic book retailer and Comixology, The Flash #58 is written by Joshua Williamson with illustrations by Jordi Tarragona, Rafa Sandoval, and Howard Porter. In the aftermath of Williamson’s “Flash War” and Barry’s encounter with the 52 Flashes of the multiverse, Barry Allen is now training to master the other “Forces” — the Strength Force, the Sage Force, and the Still Force.

But it’s Barry’s “My name is Barry Allen…” monologue boxes where Barry Allen reveals more about his backstory, which is littered with really cool DC Easter eggs. As Barry summarizes his life story, he reveals he aced chemistry at “Infantino High School” and met Iris West “on the corner of Waid and Johns.”

Those names should ring serious bells. Carmine Infantino, who passed away in 2013, was the creator of Barry Allen, who debuted the character in 1956. “Waid” is an obvious homage to Mark Waid, the popular writer whose run on The Flash in the 1990s established him as a genuine force in the comic book medium. And “Johns” is, of course, Geoff Johns, one of the biggest names in comics today who wrote The Flash in the 2000s and would go on to write and produce dozens of TV shows and films, including co-writing James Wan’s Aquaman.

There’s more to The Flash #58 besides Williamson paying respect to the Flash’s architects. On a working vacation in Badhnisia, a fictional country in the DCU located in southeast Asia, Barry Allen is once again a student in the game as he learns to get a solid footing in the new “forces” of Strength, Sage, and Still.

See Inverse’s exclusive preview of The Flash #58 below.

The Flash #58 is available now.