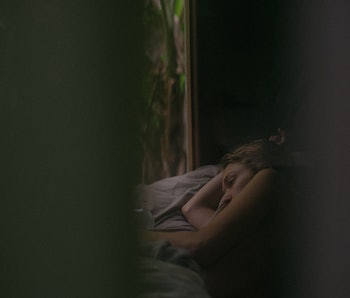 Time is supposed to heal all wounds, but for some people suffering from the medical manifestation of a broken heart, time alone may not be a powerful enough tonic. For them, report scientists in the journal Circulation on Monday, it seems that some risks may actually increase over time.

All heartache is painful, but in some patients this emotional distress can manifest in a medical condition called takotsubo cardiomyopathy, known colloquially as broken heart syndrome. Previously, Dr. Jennifer Haythe, a cardiologist at Columbia University told Inverse that only two to three percent of heart attack patients actually have this condition. But for the select few, the results are severe: Following some type of life-upending event — heartbreak included — their previously healthy hearts are only capable of pumping blood at a small fraction of what they were once capable of.

In the study, which was also presented in Chicago at the American Heart Association’s Scientific Sessions 2018, lead author Dr. Christian Templin from University Hospital Zurich in Switzerland and his team describe newly discovered complications that can make broken heart syndrome even worse.

In roughly ten percent of patients with the syndrome, the condition can escalate to the level of cardiogenic shock, in which the heart’s blood pumping capacity becomes so feeble that it can’t meet the body’s needs. This is usually considered an emergency condition, but the new study also suggests it can lead to large increases in mortality up to five years in the future.

“Beyond the higher short-term mortality, for the first time this analysis found people who experienced broken heart syndrome complicated by cardiogenic shock were at high risk of death years later, underlining the importance of careful long-term follow-up especially in this patient group,” said Templin.

His study was a search for a way to identify who might be at risk to develop this addtional burden that arises from a broken heart — especially years after their initial shock. He did this by combing through the medical records of 2,078 patients from the International Takotsubo Registry, the largest collection of patients in the world who suffer from this condition.

In total, 198 of these patients went into a deeper level of shock. They shared a few common traits: 66.7 percent of them, for example, experienced physical triggers, like athsma attacks or surgery, that led to the onset of the shock. This marked a departure from the emotional triggers that are usually associated with the initial onset of takotsubo cardiomyopathy.

Interestingly, the analysis also showed that 13.1 percent of these patients also had atrial fibrillation — a common heart arrhythmia that is the subject of ongoing work in the field of consumer wearables like the Apple Watch, which sports FDA-approved software to detect such abnormalities. Templin’s work suggests these devices could be very useful in catching patients on the brink of relapse before it’s too late.

Senior faculty member in Cardiology at Mt. Sinai Hospital in New York Suzanne Steinbaum, D.O., also adds that the value of this paper is that it adds a layer of understanding to a niche condition, which is gaining more attention throughout the field as we uncover its nuances.

“I think what’s interesting is that it looked at the largest registry of takotsubo cardiomyopathy,” Steinbaum, also a volunteer expert from the American Heart Association, told reporters. “Here’s this disease that we didn’t realize the prevalence of it. I think it’s interesting, this isn’t something that we see every day, but it is something that we’re appreciating more and more.”