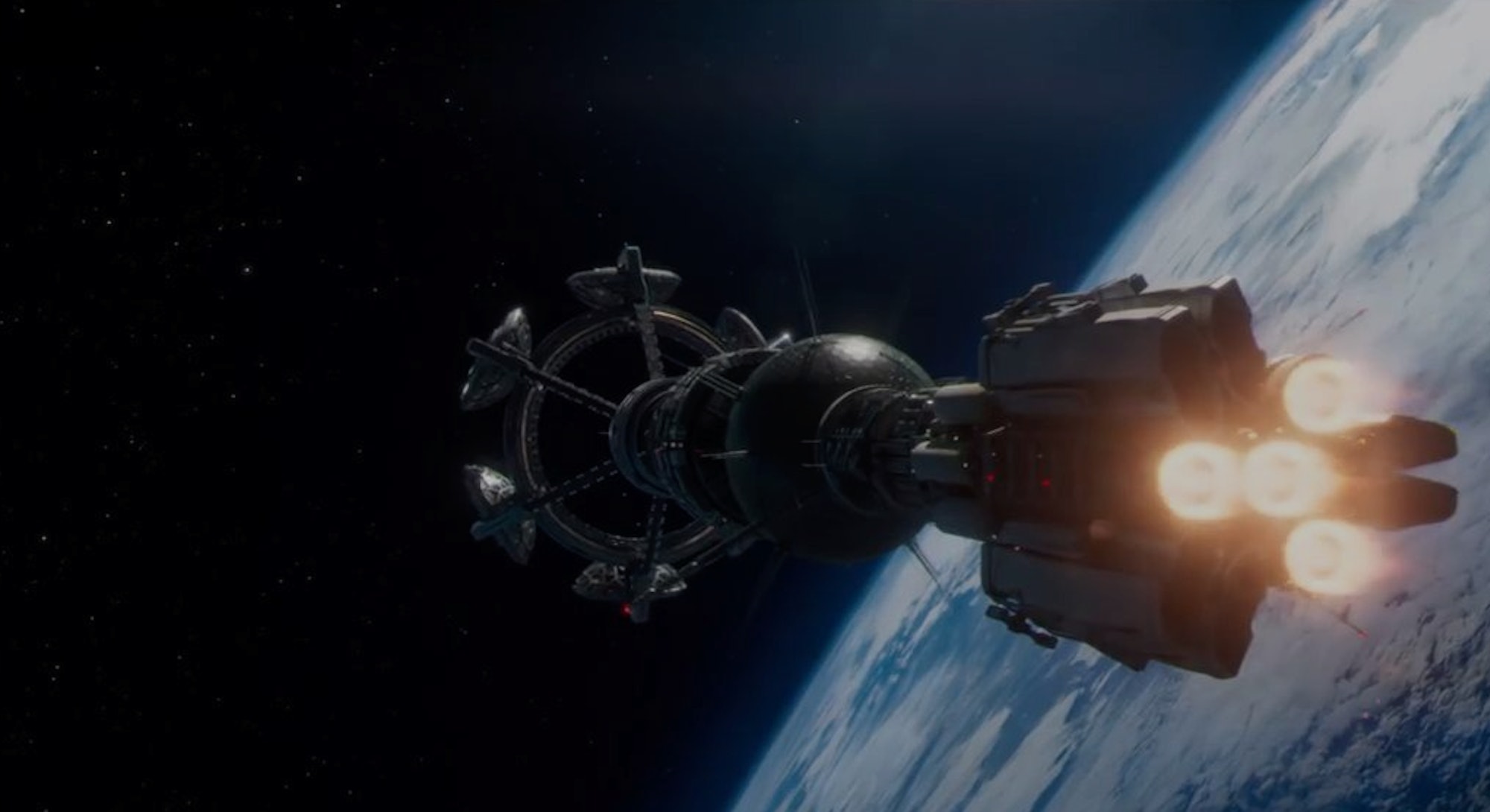 From up close, Nightflyers and Game of Thrones don’t seem to have much in common. Aside from the guy who wrote the source material, George R.R. Martin’s fantasy epic turned HBO phenomenon couldn’t be more different from the upcoming SYFY network adaptation of his 1980s horror sci-fi novella.

But after watching the first episode of Nightflyers, the similarities start to reveal themselves. Both shows feature a large cast of three-dimensional characters — there are very few clear good guys and bad guys, just people. Both shows also drop you right in the middle of a messy, ongoing story; in Game of Thrones we begin during a brief moment of peace between one continent-wide struggle for power and another, while Nightflyers picks up in the year 2093 with the world on the brink of destruction as humanity’s last hope boards a spaceship in a risky attempt at survival.

To be sure, there are still more differences than similarities between the two shows, but one thing seems certain: If your love of Game of Thrones goes beyond simply watching CGI dragons burn down enemy armies, then you’ll probably find something to enjoy in Nightflyers when it debuts later this year.

For a better explanation of exactly what Game of Thrones fans can look forward to from SYFY’s new series, Inverse spoke to three of Nightflyers’ stars, along with series creator and showrunner Jeff Buhler, at the show’s New York Comic Con premiere.

“In a similar vein to George R. R. Martin’s writing style you can expect horror. You can expect blood, and many many plot twists. And no character is safe.”

“Probably the reason I did the show was because of the characters that are created and what George R. R. Martin does and what Jeff has kind of enhanced is he creates these wonderful visceral worlds where you really care about the characters and all this crazy stuff can happen that you don’t expect.

“You don’t really know what direction it’s gonna go you don’t know where a character is gonna go. You know there’s a grey line between all the characters — it’s not so black and white. You also end up with the universe where everything can change. That’s what I think is great about Game of Thrones and that’s what I think is the connection here with this type of show.”

“I find that the characterizations are something you can take and run with. This was only a hundred pages, but i could read it and see that there was delicious characters that now Jeff’s gonna take and expand on for 10 episodes. We’re interested in that: characters.”

“Well, hopefully, what they’ll like about it is that it’s not like Game of Thrones. Obviously, it’s a very different universe, but some of the things that make George R. R. Martin’s world-building so incredibly interesting and complex that you see in Game of Thrones are also present in Nightflyers. The characters. The mythology. The way he puts characters so there’s no real delineation. There are no good or bad characters, everyone’s got a little bit of both. That’s really fun. It’s very George to do that.”