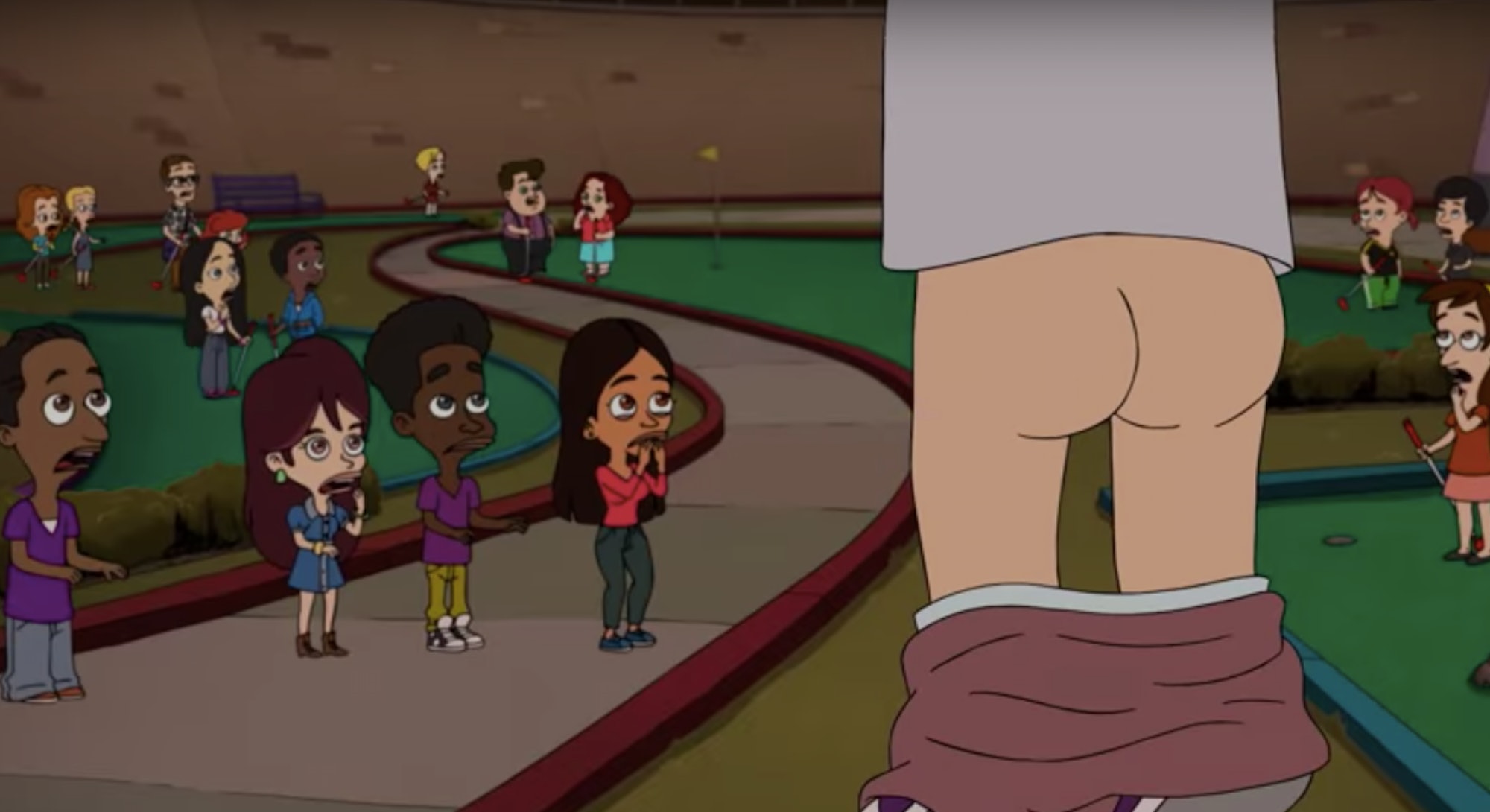 In its first season, Big Mouth proved it could tell a disgusting story about puberty that was as painfully relatable as it was hilarious. In Season 2, Nick Kroll’s crude cartoon solidifies its place among Netflix’s top programming by simultaneously being one of the foulest and most socially aware shows around, animated or otherwise.

Big Mouth Season 2 hits Netflix on October 5, picking up exactly where the Season 1 finale left off. Andrew (John Mulaney) hits a growth spurt, fresh with a new surge of hormones that sprout an embarrassing mustache and a frighteningly potent masturbatory libido. He begins the season taller than everyone else on the basketball court but still too timid to use his size. Meanwhile, Andrew (John Mulaney) continues to suffer through the opposite problem as an irrepressible charm housed in the tiniest little body. All he wants is a better Hormone Monster to help him through puberty.

In his debut episode, and the Shame Wizard literally puts Andrew on trial for jizzing his pants during a sexual encounter with Lola, and Andrew’s so embarrassed that he becomes genuinely convinced he’s an irredeemable pervert. All this while allegorical representations of Nick, Andrew, and Jessie’s hormones constantly offer terrible advice and torment.

Big Mouth Season 2 makes even less sense than the raucous first season, while also expanding the fantastical elements of its budding universe. The show takes cues from The Good Place in how it portrays otherworldly bureaucracy.

After Nick’s ancient, incontinent Hormone Monster retires from active duty, a rookie named Tyler gets assigned to the case, revealing that a huge number of these creatures exist — and they all work out of an office in an alternate dimension. Without spoiling anything for either show, I’ll say that exploring the office culture of supernatural beings almost always makes for comedic gold.

On the surface, Big Mouth Season 2 feels like more of the same in its obsession with boobs and dicks above all else above all else. But by introducing even more characters, both human and half-imaginary, this crude cartoon explores the complicated experiences and emotions that pubescent deal with every day.

For every outrageously hilarious dick joke, there’s a more nuanced perspective analyzing human behavior and gender roles. In one plotline, Jessie acts out over her parents’ troubled marriage and learns a powerful lesson about male privilege. With her dad living in the basement after her mom’s affair and all her friends are too busy to hang out, Jessie feels like her entire life is falling apart. And with her Hormone Monster Connie screaming in her ear, she acts out by stealing money and shoplifting. After her act of defiance, Jessie finally and shoplifting. After her act of defiance, Jessie finally feels in control of her own pubescent life.

“Is this how men feel?” she wonders aloud. “All the time!” Connie screams back. “Even the ugly ones.”

Meanwhile, Big Mouth offers an interesting take on the modern male role model. Just like last season, the boys have all sorts of contradictory adults to look up to. Jay’s sleazy father is a moneygrubbing lawyer that openly cheats on his wife. Andrew’s angry dad constantly berates his son and seemingly mistreats his wife. Only Nick’s effeminate father could really be considered a proper role model, constantly showing through his strange mannerisms and frequent discussion of sex that it’s ok to be weird.

The pubescent journey, as always, is one of self-discovery.

There’s an entire glorious episode dedicated to Planned Parenthood, with the cast acting out various commercials and PSA’s explaining all the ways the organization helps people beyond abortions. The episode peaks with a fictional STD called Blue Waffle that zombifies anyone infected after exploding their penis from the inside. The show mixes in a spirited Get Out parody in the process, all to offer genuinely helpful information about sexual health.

In this and other ways, Season 2 also gets viciously political, throwing in the occasional dig at President Donald Trump, including one episode where the president mandates National Pants-ing Week to “toughen kids up” and “keep things sexy.”

Big Mouth is that rare show that can cause you to think about gender inequality and toxic masculinity in a way you never have before, all while laughing your ass off at dick jokes. Let’s hope Netflix renews it for Season 3, and many more.

Big Mouth Season 2 will be available to stream on Netflix on Friday, October 5.