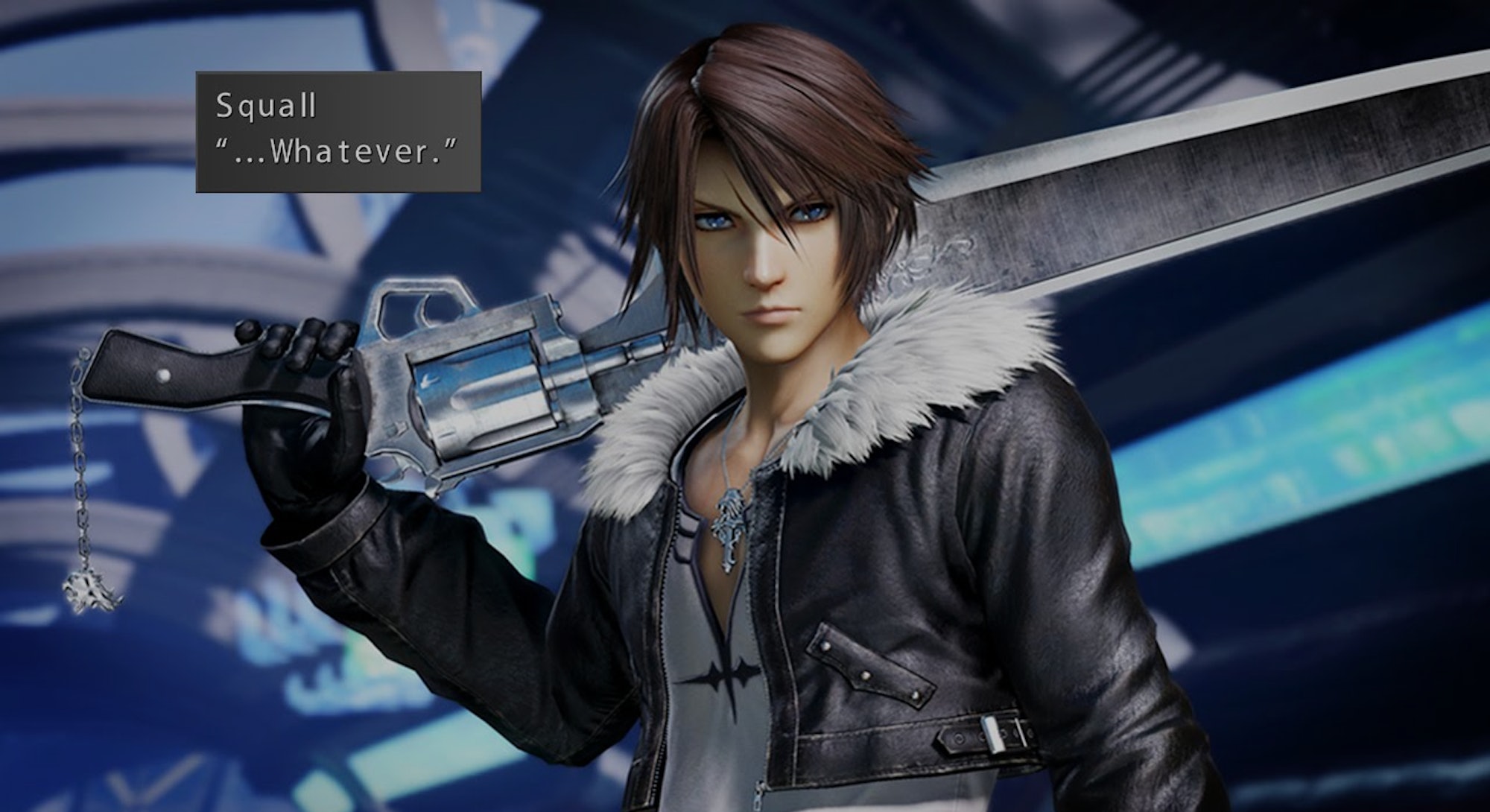 One of the best video games ever, Final Fantasy VIII, has been snubbed yet again. So after years of quiet protest, it’s time for me to speak out. I feel personally attacked by Nintendo, Sony, and even game developer Square-Enix because they all have no love for one of my favorite games of all time: FF8.

On Tuesday, September 18, Sony basically stole Nintendo’s idea of releasing a smaller versions of older systems, a la the NES and Super NES Classic with its own PS One Classic. The latest mini-console comes pre-loaded with 20 games, including Final Fantasy VII. Considering FFVII’s iconic appeal, this comes as no surprise and doesn’t offend me. Like everyone else, I adore Final Fantasy VII, but something smells rotten

VII, IX, and X are all worthy of inclusion here, but to add the tonally awkward X-2 and XII — which has the worst protagonist in Final Fantasy history — just strikes me as totally unfair. For the record, on Metacritic (basically Rotten Tomatoes for video games) Final Fantasy VIII is ranked better than Final Fantasy X-2.

So why is there no love these days for VIII, the greatest Final Fantasy love story ever told?

This recent crop of anti-Final Fantasy VIII sentiment is only the latest in nearly two decades of snubs. Most modern Final Fantasy games have an HD digital remaster of some sort. VII and IX are even available for smartphones — literally the games right before and after. Aside from playing Final Fantasy VIII on in its original form on PlayStation 2, the only other options are PSP, PlayStation 3, or PC via Steam. Even then, none of these versions have updated mechanics or graphics overhauls as we’ve seen with other Final Fantasy games.

When Final Fantasy VIII begins, the story feels like a character-driven anime that takes place in a magical school. There’s an emo protagonist, tons of cool weapons, and magic aplenty. When you’re a young, isolated teenager looking for a dose of fantastical escapism, experiencing the story is nothing short of sublime — especially when the scope gradually broadens out into a full-on sci-fi opera of cosmic proportions, all focused around an intense love story.

The love story at the center of the game involves the brooding protagonist Squall, and a freedom fighter named Rinoa that thaws his icy heart. Squall, like many of his classmates, is an orphan more or less abducted into a magical mercenary school from a young age. Like with all the best Final Fantasies, the individual characters of VIII elevate the experience to something wonderful and memorable. Squall’s frustration at being a 17-year-old with too much responsibility thrust upon him is endlessly relatable, and Rinoa’s hopelessly optimistic charm offers the perfect counterpoint to his negativity. Rounding out the ensemble are a manic pixie dream girl, a suave ladies man that thinks he’s a cowboy, a too-cool-for-school teacher, and an overly energetic boxer.

In case that doesn’t sound anime enough, Squall fights his rival Seifer in the opening cinematic and comes out of it with a wicked scar across his face. Even Squall’s ridiculous weapon, the Gunblade — yes, a sword with a revolver as the handle — helps flesh out the games totally weird but enchanting style. Perhaps it’s these gimmicky archetypes that alienate a lot of people at face value, but as the game unfolds, various plot threads explore their individual backstories and motivations enough to defy the player’s expectations.

Zell, for instance, is the overwhelmingly energetic sidekick designed to look and act like the main character in a shōnen manga. He comes off as annoying to both Squall and the player at first, but over time, both come to appreciate his loyalty and dedication as he becomes perhaps Squall’s closest companion and best friend.

Think about how Attack on Titan often focuses on kids growing up too fast, forced to save the entire world despite not having the emotionally maturity to make the attempt — and yet they still try anyway. Except instead of giant, slack-jawed humanoids devouring everyone, Final Fantasy VIII pits the heroes against a time-travelling sorceress that wants to compress all of space and time. What could be cooler than that?

Maybe one day we’ll get a legitimate re-release or remaster for Final Fantasy VIII. If there’s one game from the ‘90s that I wish I could replay on my PlayStation 4, it’s that one. In the meantime, I have one message for the folks at Sony, Nintendo, and Square-Enix about all this:

For a deeper dive into all the reasons why Final Fantasy VIII is excellent we recommend Jason Schreier’s longform analysis over on Kotaku.