Mister Rogers: Where to Stream New Doc 'Won't You Be My Neighbor?'

Fifty-one years ago today, on September 21, 1967, a lanky, soft-spoken man in a cardigan sweater named Fred Rogers walked onto the WQED television studio in Pittsburgh to film the first episode of Mister Rogers’ Neighbhorhood. The show would later premiere in February 1968 on PBS, and would soon cement “Mister Rogers” as pop culture’s moral compass.

“Hi, glad to see you today,” he begins, after his opening song. And Fred Rogers would say this to an audience of millions, and everyone believed him, until the show’s final broadcast in December 2000.

On Friday, Google marked the anniversary with a Google Doodle, with a stop-motion short recreating the show’s opening and depicting Mister Rogers strolling through his neighborhood. The short was produced in collaboration with Fred Rogers Productions, the Fred Rogers Center, and BixPix Entertainment.

A new documentary released earlier this year, Won’t You Be My Neighbor?, examines the life and legacy of Rogers, a man who genuinely saw the best in people and sought to change the world with kindness. Released to critical acclaim on Rogers’ 90th birthday in March — it has a 99% score on Rotten Tomatoes — there are a variety of channels to stream the documentary.

Won’t You Be My Neighbor? is available to stream on VOD, for a rental fee or purchase on Amazon, iTunes, Redbox, Vudu, and Google Play. As a bonus, you can also watch the first episode of Mister Rogers’ Neighborhood on DailyMotion. 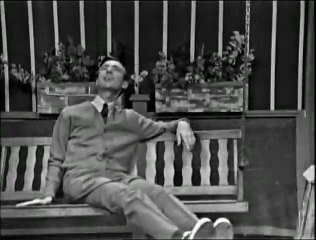 Get your tissues ready, though. As James Grebey writes in his review of the film, “The unsettling admission that even a man who never gave up has his limits points to the hidden truth of Won’t You Be My Neighbor?.”

Won’t You Be My Neighbor? is available now.

More like this
Entertainment
Feb. 1, 2023
We Finally Know Where Westworld Will be Available to Stream
By Dais Johnston
Culture
Feb. 2, 2023
After Harry Potter, Daniel Radcliffe Obviously Had to Play a Farting Corpse
By Alex Welch
Culture
Feb. 2, 2023
Buck Rogers in the 25th Century’s Most Baffling Change Also Gave Us Its Best Character
By Ryan Britt
LEARN SOMETHING NEW EVERY DAY.
Share: