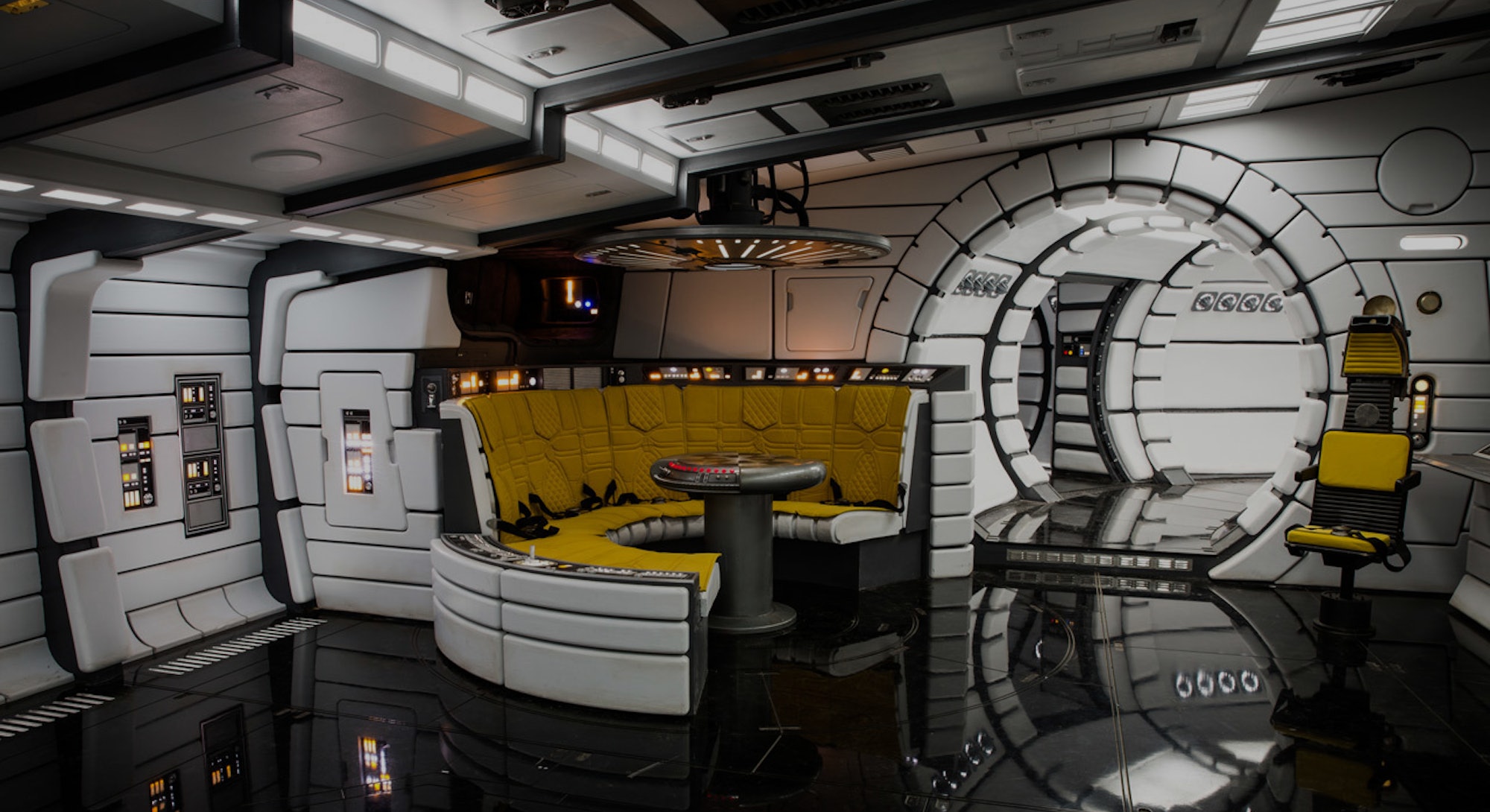 The Millennium Falcon that audiences see in Solo: A Star Wars Story might’ve looked like it was made new for the movie, but Solo production designer Neil Lamont tells Inverse

It turns out that the squeaky-clean interior of the Millennium Falcon in Solo is actually the same set used in The Force Awakens and The Last Jedi.

When Lando Calrissian (Donald Glover) offers a tour of the Falcon in Solo, it definitely looks like a “dude’s pad,” Lamont says, describing the ship’s aesthetic in the film. It may come as a surprise that this is the exact same set seen in The Last Jedi, where the Millennium Falcon clearly shows its age.

“What happened was we decided we should take the Millennium Falcon as it was,” Lamont says. “We had the standing set at Palm Studios on C Stage of the interior, a la Han and Chewie. We then worked on top of that, so everything that may have fallen off whilst we were going through the Kessel Run would actually then uncover the Millennium Falcon as everyone knows and loves.”

Sure enough, by the end of Solo, the ship looked more and more like its original self with rusty panels and broken circuits galore.

“That was the main criteria we had — that we weren’t replacing things that were on the Falcon,” Lamont says. “We were just covering them up.” The overall design strikes a chord with the retro low-fi aesthetic of everything else in the movie.

“When we were doing Rogue [One], we thought, I’d say 1975, ‘76?” Lamont says, explaining how the design of the prequel had to mirror that of A New Hope, which continuity-wise, begins mere minutes after Rogue One ends.

“So for Solo,” Lamon says, “this is maybe late-’60s — retro, low-fi, what can we bring into it?” Star Wars then truly becomes something like a parallel universe. If the Rogue One and A New Hope technology reflected that of real-life 1975, then matching up the timelines meant that Solo had to represent peak 1960s.

Everything about Solo’s production screams Cold War era, which makes even more sense considering how it takes place right in between the Clone Wars and the Galactic Civil War.

Han’s speeder early in the movie, modeled after a classic muscle car, is the first indication of this stylistic choice, but everything about Solo’s production screams Cold War era — which makes even more sense considering that the film also takes place during a period of shaky peace right in between the Clone Wars and the Galactic Civil War.

“We tried to bring a kind of 1960s Cold War sensibility to it all,” Lamont says. “What was the best of technology at that point and how could we have used it if we were still in the ‘60s?”

Solo: A Star Wars Story was released on Digital HD via Amazon Video and iTunes on September 14, 2018 with a DVD and Blu-ray release date of September 25, 2018.