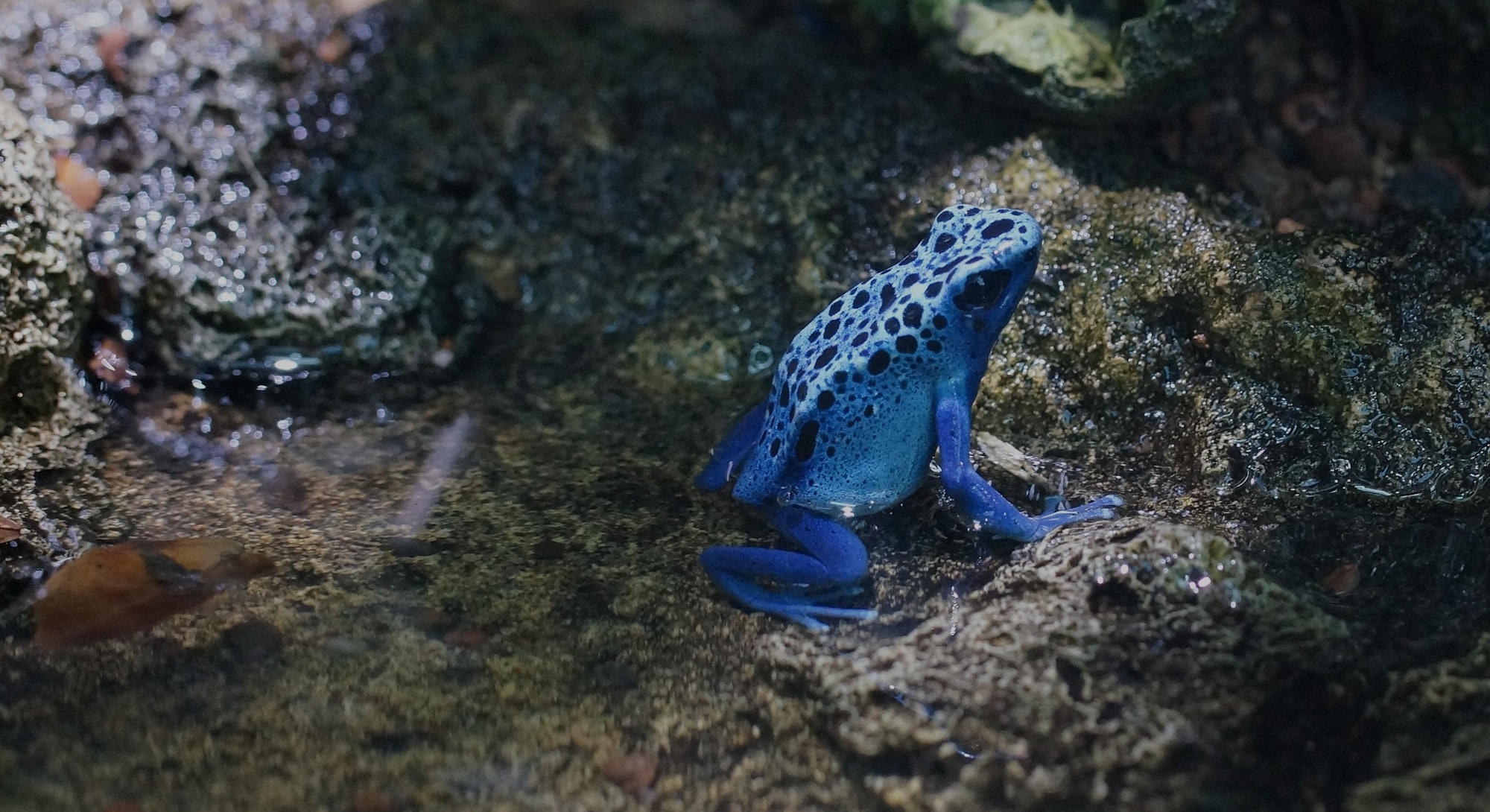 Dart frogs, from the rainforests of Central and South America, make their powerful poison by eating toxic bugs. Their bold colors warn predators: “Do not eat me or you will regret it.”

Orange, yellow, and blue hues on deep black or light-brown frogs form patterns similar to those of wasps and bumblebees. These designs vary greatly, and frogs found in different parts of the jungle, sometimes only a few kilometers apart, do not look alike.

With wild populations of poison frogs quickly declining, we have been trying to answer these questions to help protect these captivating animals.

What Makes a Species?

The concept of species is a human construct, and species boundaries are often more ambiguous than most of us assume.

For instance, the Florida panther, once thought to be a unique species based on its physical and ecological distinctiveness, is now considered an isolated population of the North American cougar.

Defining a species is far from trivial. For many biologists, species are groups of organisms that can breed with each other to produce fertile offspring. But nature can be more complex than that.

As temperatures rise in the Canadian Arctic, polar bears are forced to go on land where they sometimes encounter — and mate with — grizzly bears. By the above definition of a species, grizzly-polar bear hybrids (sometimes called pizzly or grolar bears) should not exist. But they do.

As proof, a strange-looking bear was shot on Victoria Island (Kitlineq) in 2010 at the boundary between Nunavut and the Northwest Territories. Genetic analyses confirmed the father of the dead bear was a grizzly and his mother was a grizzly-polar bear hybrid.

The ability to read genes led scientists to believe that we can rely on their genetic differences to draw lines between species. But that is not always straightforward, either.

Recent analyses of the human genome has shown that modern humans have not only Neanderthal genes but genes of the mysterious Denisovans, a third hominid species whose fossils have only been found in a single remote cave in the mountains of Siberia.

So, are these hominids three separate species?

There is an emerging consensus among scientists that species can be delimited by considering the individuals’ physical features, their genes, and the environment in which they live.

In the era of “big data,” biologists are now combining ecological data gathered by satellites, such as temperature variation and rainfall patterns, with millions of genetic sequences and complex morphological measurements to separate one species from another.

This approach hasn’t yet been applied to these three hominids. But at frog level, we used this approach to find that there are in fact five species of Harlequin poison frogs — not two.

War Is Peace for Poison Frogs

The consequences of how we choose to define a species aren’t only a matter for science. Taxonomists (the scientists who specialize in describing species) don’t work in a neutral socio-political or legal environment.

Historically, the export of wildlife has represented an additional source of income in rural communities across the world. In Colombia, poison dart frogs have been heavily trafficked from the rainforests of the Pacific coast to Europe, North America, and Japan, where they are sold to collectors for up to $2,000 per breeding pair. (The estimate comes from illegal websites on the dark web.)

For the past 50 years, the Colombian civil war has paradoxically acted as a de facto buffer, protecting the localities where some of these frogs exist. As peace between the Colombian government and the guerrillas settles in, the populations of Harlequin poison frogs are increasingly exposed to illegal trafficking, and the proposed land reforms are likely to result in a rapid increase of agriculture and extractive industries.

The Convention on International Trade in Endangered Species (CITES), adopted in March 1973, regulates the worldwide trade of wildlife, and its goal is to ensure that international commerce does not threaten the survival of plants and animals.

However, only scientifically recognized species can be fully protected by this treaty.

Officials estimate that more than 59,000 wild animals are illegally smuggled each year from Colombia. Some of the newly identified Harlequin poison frogs are considered the “holy grail” for frog aficionados because of their striking appearance.

Because, as a whole, Colombian Harlequin poison frogs are still abundant, they are labeled as a “least concern species” in both CITES and the government’s conservation list. But our new study reveals that within this mixed bag of frogs, the newly discovered species are already in trouble as smugglers drive populations to extinction to meet the demands of the pet market.

Identifying and naming new species is a double-edged sword.

On the one hand, we cannot legally protect what is not identified. On the other hand, naming new species might create shiny new trophies for collectors.

There are other effective methods for preserving species that have little to do with taxonomy. Governments can enact protections and legal regulations that limit or prohibit the development of productive or extractive activities in certain sites such as national parks. However, poaching and trafficking inside these areas still threaten sought-after animals and plants.

It can also be argued that by splitting and re-delineating already named organisms, we are artificially increasing Earth’s biodiversity. The question is, what should we fear more: species “inflation” or the lack of tools to protect nature? In our view, changes to these species lists are necessary to reflect the current state of our scientific knowledge of biodiversity and to improve conservation.

This article was originally published on The Conversation by Jose Andres and Andres Posso-Terranova. Read the original article here.