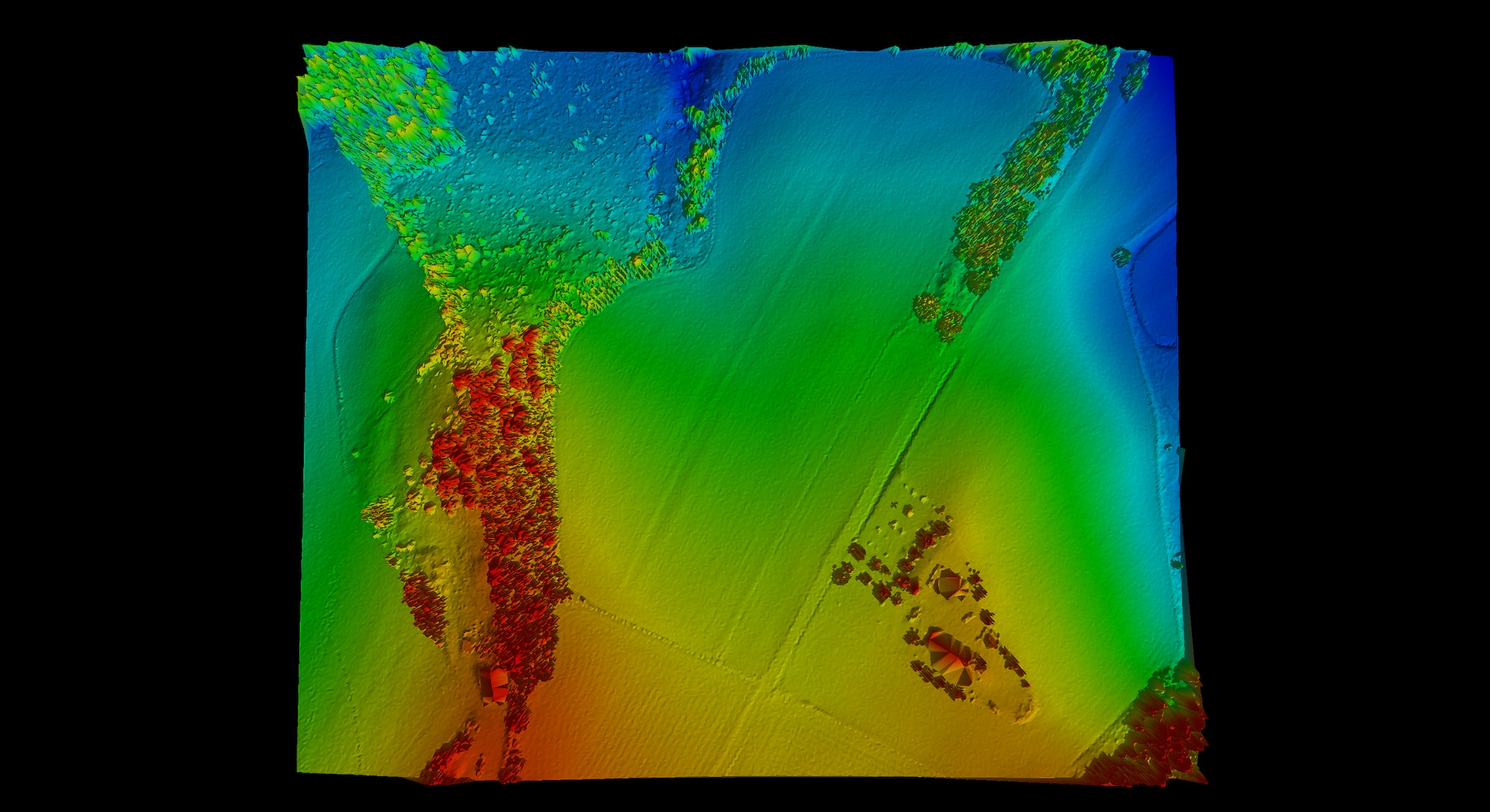 When your profession is studying ancient temples and cultural artifacts, you need a toolbox that matches the magnitude of the job. Brushes, buckets, and sieves have long been the foundation of an archaeologist’s work, but today, those essentials are paired with groundbreaking technology to deepen human understanding of our collective past.

While studying the Cajamarca culture, which existed in the highlands of northern Peru, archaeologist Solsire Cusicanqui has a variety of high-tech tools that enable her to analyze without doing damage.

Cusicanqui, a Ph.D. candidate at Harvard University, looks for evidence of their way of life by excavating settlements, pottery, bones, and other artifacts. A key part of her hunt is the use of high-tech tools, which allow her to identify the best sites before she has to grab the shovels and break ground.

“I´m using different types of technology in every step of my work,” Cusicanqui tells Inverse. Below are just some of the high tech tools used by a modern archaeologist.

Cusicanqui uses drones to survey the regions she suspects could reveal ancient clues — and to hunt for archeological sites in danger. Her drone of choice is the DJI Mavic Pro, a small and powerful unmanned aerial vehicle that can zoom around the arid, high-altitude mountains around her. With the Mavic, Cusicanqui is as equally able to peer into the hard-to-reach Ventanillas de Combayo — a mountainside necropolis almost 10,000 feet above sea level — as she is able to spot the patches of looting holes that spread like chickenpox throughout the valley.

The DJI Mavic Pro, which can zip at 40 miles per hour, is complete with FlightAutonomy technology that allows it to sense obstacles up to 49 feet away — a crucial feature when you’re diving around ancient tombs. Importantly the drone also films at a 4k resolution frame rate at 30 frames per second and shoots 12 megapixel stills. Those features are important to Cusicanqui, giving her both the gift of vision and information acquisition.

Cusicanqui later processes the photographs taken with the Mavic with a sophisticated software program called Agisoft Photoscan. It allows her to create 3D models of her sites — virtual replicas that are geographically accurate representations of where she works. Cusicanqui, and other archeologists who do the same, can layer these digital, 3D models over pre-existing maps to get a better sense of the areas tophography and elevation. Essentially, the photogrammetry software stitches together the hundreds of photographs taken with the drone, resulting in a composite image. Goodbye treasure map, hello perfectly accurate digital model.

But those aren’t the only technological tools that archaeologist use to amp up their work.

Muon tomography is an imaging technique first developed in the 1950s and then elevated by scientists at the Los Alamos National Laboratory in 2002. Muons are elementary particles generated by cosmic rays, both naturally and artificially. With a technique called muon scattering tomography, archaeologists are able to visualize the inner structures within structures in a non-invasive way — whether the structure is an Egyptian pyramid or a subterranean mine.

It’s using particle physics to zoom into a void. Muons are high-energy particles with a mass 207 times that of an electron — meaning that they can penetrate deep into matter like limestone and granite. When employed by archaeologists, this tech helps them visualize spaces that haven’t quite breached, while locating and visualizing where they hope to go.

LIDAR is an acronym for Light Detection and Ranging and has a wide use of applications ranging from navigating autonomous cars to helping farmers sense where they should apply fertilizer. Archeologists also make use of the remote sensing method: In the hands of excavators, LIDAR is used to create highly accurate and detailed 3D maps of ground surface tomography. It not only maps hundreds of miles — it alerts archeologists to the possibly hidden temples and tombs on those maps as well.

A LIDAR instrument consists of a laser, scanner, and GPS receiver. The laser sends out light pulses capable of penetrating deep vegetation, which in turn generates 3D information about the surface characteristics of the region its evaluating.

In 2018, archeologists announced that they used LIDAR to map 470 deep-jungle square kilometers, a process that revealed more than 15,000 ancient Maya architectural remains — a huge jump from the eight square kilometers and 1,000 structures they had identified previously. Laser scans can expose networks of temples and palaces, if archeologists shoot them in the right direction.

The Andean people flourished as their own society in the Cajamarca valley until they were eventually conquered by the Incas in the late 1400s. And in 1533, Spanish conquistador Francisco Pizarro executed the last Incan emperor.

Human history can easily be covered by nature, but archaeologists like Cusicanqui can use drones and LIDAR and Muon Tomography to uncover our past.