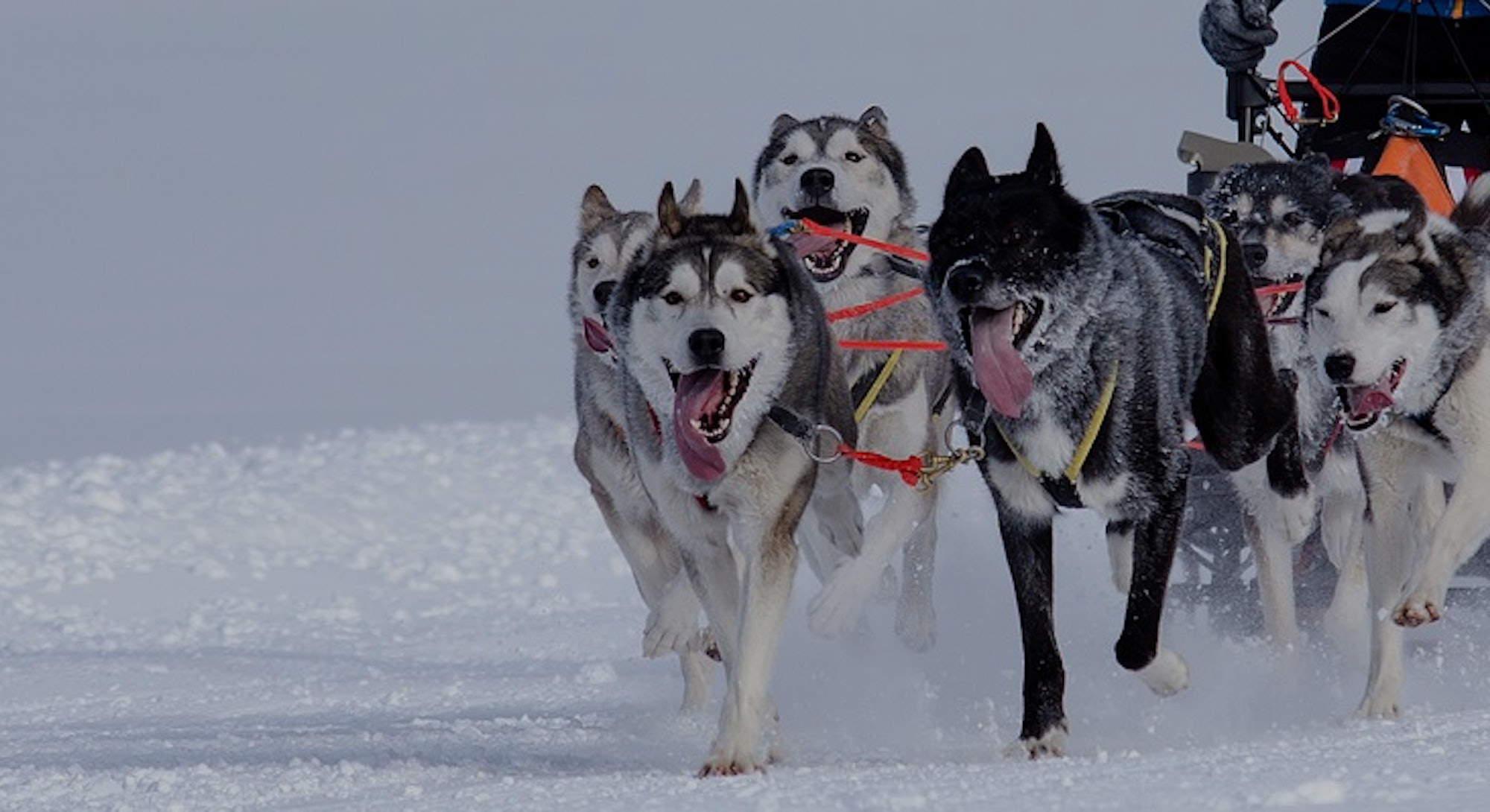 Dogs did not originate in the Arctic, but they have lived alongside humans in the frigid north for the past millennia. So while the majority of scientists are locked in a debate over when mutts first split from wolves, anthropologist Robert Losey, Ph.D., and his team are more concerned with this longstanding and complicated relationship.

Domestication, is more than a change of genetics driven by selection, reasons the scientist. It’s a scientific representation of our relationship with animals, and illustrates the choices we’ve thought necessary for our survival.

And sometimes those choices mean dog sacrifice. In the September issue of the Journal of Anthropological Archeology Losey and his colleagues reveal that deep in the Siberian Arctic during the Iron Age, many ancient dogs were ritually killed and consumed, likely as part of a sacrifice. However, not all dogs met the same end: Others were carefully and intentionally buried, whole body burials that the scientists write could mean “dogs were given mortuary rites at death.” The varied fate of these dogs illustrates the multiple roles dogs occupied in this ancient community.

“I think the site shows us the very complicated and often quite variable ways in which domestic animals form part of society,” Losey, an associate professor at the University of Alberta, tells Inverse. “The people constructing this site were seemingly able to have close emotional ties to some of their dogs, but were also capable of treating others as sources of food and as offering to spirits or gods.”

The site, known as Ust’-Polui, is now located within the modern city of Salekhard in the Yamal Region of Russia. It sits at the junction of the Polui and Ob rivers and stretches into the Polar circle. Ust’-Polui was first found in the 1930s by Russian explorers, and excavators have dug into the permafrost-covered landscape ever since, unearthing anthropomorphic sculptures; wooden sled parts and skis. From about 260 B.C. to 140 A.D. humans lived here, close at hand with their many dogs.

Since 1935, the bones of at least 125 dogs have been found — farm more than the ones seen in nearly all other Arctic archeologist sites — a collection that includes at least 15 crania. “Probably the thing that most sticks with me about this site is the sheer number of dogs,” says Losey.

The team analyzed the bones and the means of their burials to gain insight into what dogs were chosen for burial or sacrifice. Today these dog remains sit in the Zoological Institute of the Russian Academy of Science in St. Petersburg and the Russian Academy of Sciences in Movska. They determined that early 45 percent of the dogs at the site under one year of age at the time of the death, and that smaller dogs vastly outnumbered bigger dogs in the sacrificed category. The scientists also found that 4.1 percent of the bones display cut marks, while around 10 percent of the dog remains appeared to be gnawed — suggesting on-site killing and butchery.

“Overall there is little to distinguish the disarticulated Ust’-Polui dog remains from other faunal remains at the site — they are cut, sometimes broken, and scattered throughout the excavated area,” the team writes. “All of this points to some killing and consumption of dogs by humans.”

The presentations of not-sacrificed dogs were very different: These dogs were predominantly buried whole, some without their heads. They don’t show any signs of trauma and were found in the general areas of the site where two human burials were located. The scientists write that these burials, which could have included mortuary rites, indicate “the development of a close dog and human social bond.” These dogs, which likely pulled the excavated sleds, were treated a bit like humans.

Losey explains that this isn’t just a fascinating find: Studying human-animal archeology provides a distinct way of understanding our place in the world.

“It is important to understand human-animal relations because part of what makes us human is the complex ways in which we can identify with and interact with other living things,” says Losey. “In some instances we can see striking similarities with our own human-animal relations when we look to the past, but in other cases we find relationships that are striking and even unexpected.”