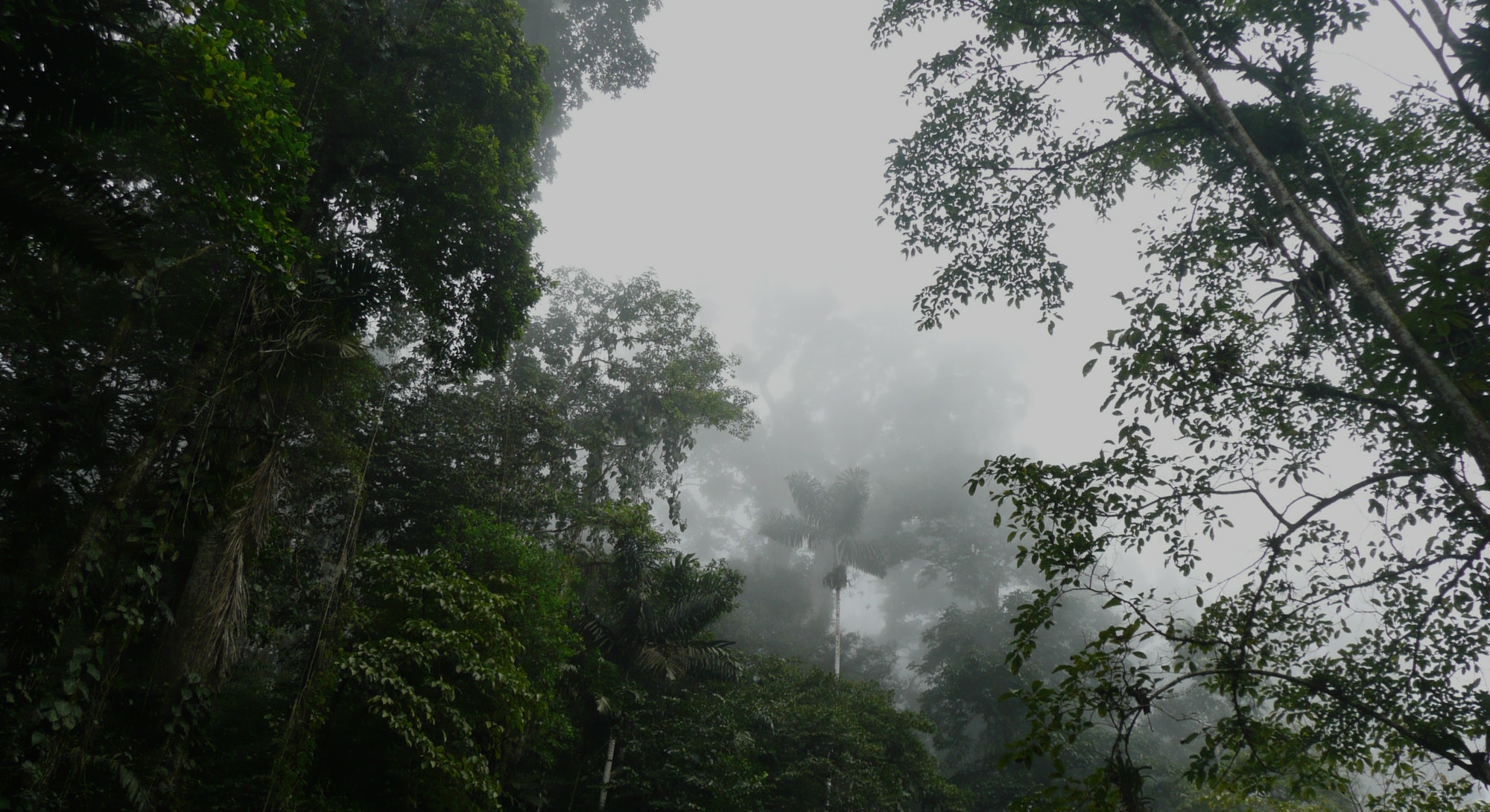 Deep in the lush rainforests of Bolívar, a Venezuelan state near the border of Brazil, the ancient Yekwana tribe thrives in villages built along the tea-colored Caura River. There, life and land are intertwined. The villagers wake up and go to bed with the sun, bathe in the river without soap, and mostly eat cassava, fish, fruits, and honey. The polar opposite of city life, the jungle lifestyle recently drew seven urbanite tourists in for a 16-day stay. As researchers report in a new mSphere paper, two of them came out significantly changed after living and eating among the Yekwana.

Immersion in the jungle, the study suggests, can change a body for the better, but only if you’re between four and six years old. Tracking the microbiomes of the city-dwellers over their jungle experience, the international team of scientists showed that the two kids in the group came out with much more diverse bacteria in their bodies than they had previously, and that was a good thing. The five adults, however, came out mostly unchanged.

In recent years, scientists have revealed the many ways in which the trillions of bacteria living in harmony with the human body regulate health. Imbalances of bacteria have been linked to illnesses ranging from diabetes and obesity to depression. Having the right balance of good bacteria — there are 300 to 500 species in the average gut — is easier to achieve, the study suggests, when you’ve been exposed to more of them and eat the kinds of food that are known to sustain them.

“High microbial diversity in the gut is considered a desirable feature of the microbiome,” senior researcher Maria Gloria Dominguez-Bello, Ph.D., a professor in Rutgers-New Brunswick’s Department of Biochemistry and Microbiology and Department of Anthropology, tells Inverse. “The reason being that high diversity brings redundancy of functions, and plasticity of the microbiome to withstand impacts, which is known as resilience.”

Of the different experiences the kids were exposed to in the Venezuela jungle, she thinks the most influential might have been what they ate.

In her previous work, Dominguez-Bello showed that people who live in modern urban societies have far less diverse microbiomes than the people who live in the Amazon jungle. “People in rural or remote villages with a traditional lifestyle have higher microbiota diversity,” the team writes in the paper, explaining how the food those people eat helps to cultivate more species of healthy bacteria in the gut. Once it’s broken down, consumed food winds up feeding the bacteria that live there. The basic idea is that if we eat the right kind of food, the right bacteria — those that secrete healthful byproducts — will end up thriving in the gut.

“Their traditional diet is more abundant with dietary fiber and less-processed food, which contains high levels of plant cell wall carbohydrates and low levels of soluble sugars and fat,” the team writes. This is important because eating plants has been shown to encourage the growth of bacteria that maintain the health of cells in the colon. Eating high-fat foods, in contrast, kills off a lot of helpful bacteria. The team hypothesized that the microbiomes of the city-dwellers, adopting both the local lifestyle and diet, would start looking like those of the villagers and thus would be more diverse.

“Children may still have a window of microbiota acquisition.”

Before, during, and after the seven tourists immersed themselves in jungle life for 16 days, the researchers swabbed their skin, nostrils, mouths, and feces to count the number of bacteria in their microbiomes. They did the same for age-matched Yekwana villagers for comparison. When the study period was over and they compared the microbiomes of the visitors and villagers, the team found that the microbiomes of the city children changed, just like the hypothesis predicted, but those of the city adults did not significantly change.

“The results suggest higher stability in the adult microbiota, with the less resilient children’s microbiota responding more to dietary changes,” the team writes. In other words, the makeup of the children’s microbiomes was still malleable, which Dominguez-Bello explains by introducing the idea of an “age window” for microbiome diversity.

“If adults have a limited diversity, high diversity diet can only bring up the existing diversity,” she says. “Children may still have a window of microbiota acquisition.”

There’s a lot we still have to learn about the effect of gut bacteria on overall health, but we know that high microbial diversity is a good thing. Diversity is important because it creates redundancy, which provides a sort of “insurance” for the digestive system. If one species of milk-digesting bacteria in the gut accidentally gets wiped out, for example, high diversity ensures that there’s another species present that can do the same thing. When it comes to the tumultuous gut, you want to hedge your bets when it comes to safety.

The kids in this study seemed to have accomplished that, not only by eating foods that promoted bacteria growth but also by adopting the local microbes in their guts. Of course, the researchers behind this small study aren’t suggesting we send the world’s young children to tropical jungles in hopes they’ll come out with more diverse guts than their parents. Rather, their preliminary work brings into focus the importance of a truly varied diet for both kids and adults. For those of us who can’t make it to the remote rainforests of Bolívar — or whose guts are too old to reap the benefits (pretty much anyone who is reading this) — there remain easy ways to maintain the gut diversity that already exists.

“It is thought that what drives high microbial diversity is high chemical diversity in the diet, i.e., consuming natural diets (as oppose to processed),” says Rodriguez-Bello. “In urban societies we have the illusion of a highly diverse diets, because we have sensorial diversity. For example bread, pasta, cake, pound cake, croissants [and so on] are perceived as diverse, but they are variations of the same thing, low diversity processed wheat and oil.” In other words, eat a variety of foods so that you’ll increase the chances of keeping your commensal bacteria happy.

“Natural unprocessed vegetables and fruits are of very high chemical diversity, and high diversity substrates that reach the colon serve as food to diverse bacteria,” says Dominguez-Bello. The jungle may be far away, but the benefits it bestows on us don’t have to be.

“For example, bread, pasta, cake, pound cake, croissants… are perceived as diverse, but they are variations of the same thing.”