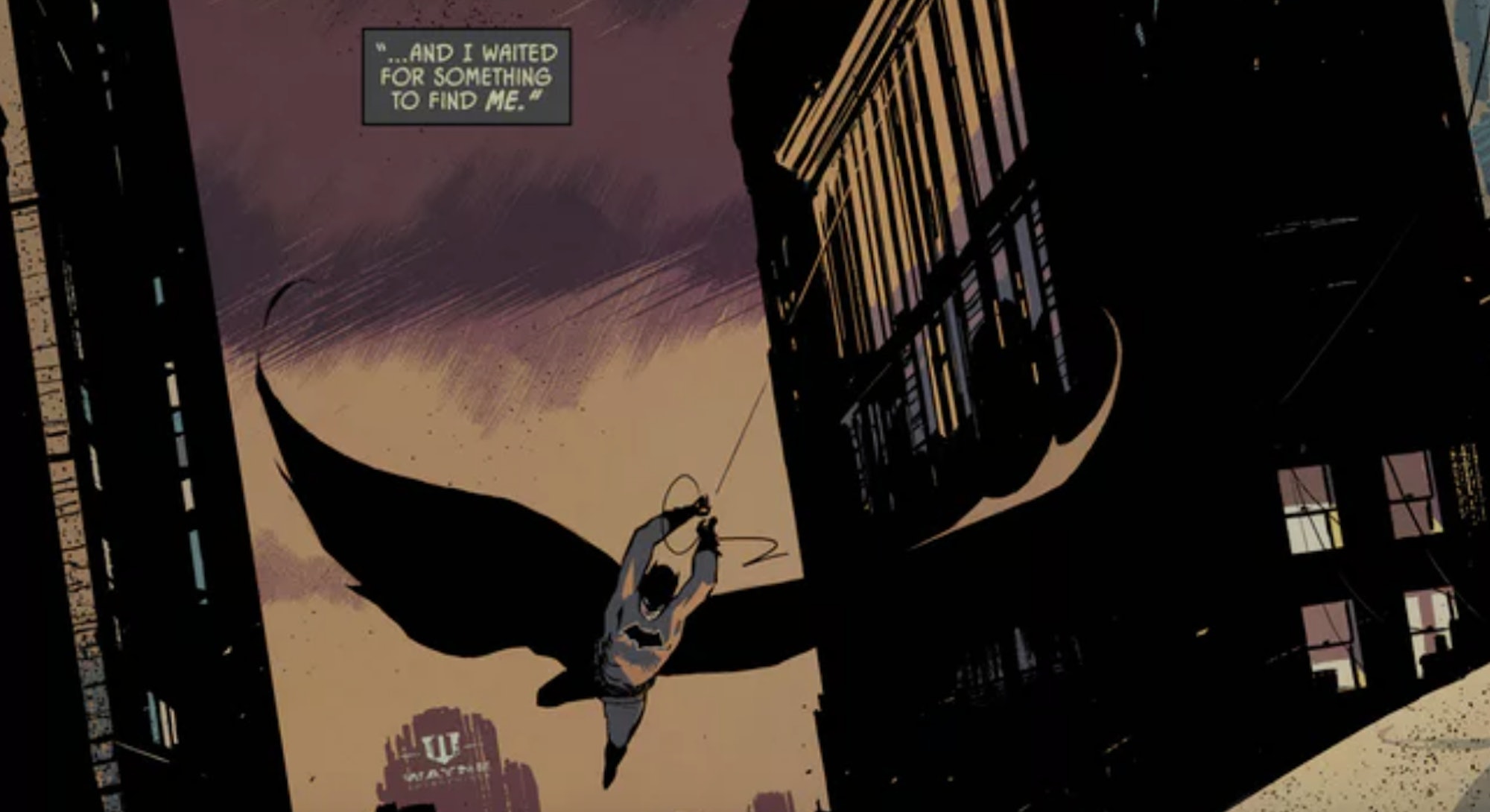 In the aftermath of the wedding that never was, Tom King has pitted Mr. Freeze against Batman. But this time, Freeze isn’t trapping Batman with the Court of Owls. Rather, it’s in the court of law. And in an exclusive preview of “Cold Days” Part 3 in Batman #53, out August 15, Bruce Wayne reveals a surprising fact about his personal life: His abandoned faith in Christianity.

In Batman #53 from Tom King and illustrator Lee Weeks, Bruce Wayne is sequestered for questioning as part of a lawsuit that Mr. Freeze is filing against Batman — and Bruce Wayne is the prime witness. During the questioning, Bruce asks a woman about her cross necklace, which prompts a flashback to Bruce’s Christian upbringing.

Apparently, in addition to being a man of science, Thomas Wayne was also a man of faith and raised Bruce as such — until one deadly night in Crime Alley took that away. As Bruce explains, the murder of his parents prompted him to “search for something solid to put my faith in.”

That “something solid” was, of course, becoming Batman.

Because of his WASP-y, old money roots in the northeastern United States, it’s not surprising that Bruce Wayne would be raised a Christian. But for whatever reason, few writers have dared to explore this side of Bruce Wayne, let alone Batman — though a vengeful bat who calls himself the “Dark Knight” is a medieval painting waiting to happen.

See a preview of Batman #53 below.

“Cold Days,” the first storyline since Catwoman left Batman waiting at the altar in Batman #50, continues King’s killer streak in his exploration of what makes the Dark Knight so utterly, and terrifyingly human.