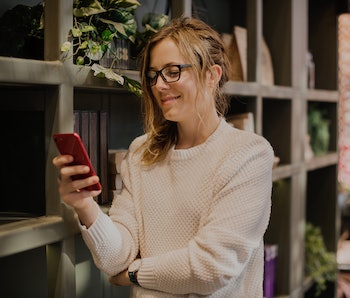 It’s not a secret that dating is going digital, but you probably never thought your DMs would constitute a cloud of big data capable of illuminating the intricacies of modern love. The idea that online dating messages are a trove of potential knowledge has occurred to two researchers at the University of Michigan who used thousands of DMs to reveal patterns that show the brutal the world of online dating. What they found might confirm your biases about about Tinder and other apps, while they also spotted some surprising trends among the thirsty.

How to Determine Your Online Attractiveness

To conduct their study, published Wednesday in the journal Science Advances, sociologist Elizabeth Bruch, Ph.D., and Mark Newman, Ph.D., a professor of physics who studies complex systems, collected the DMs received by online heterosexual daters in four cities — New York, Seattle, Boston, and Chicago — to determine how desirable (or not) they are. The researchers used data from “a popular, free online dating service,” and weren’t allowed to reveal which website they used. The data were fit to an existing algorithm that predicts desirability based on how messages received and desirability of the senders.

This process, Newman says, was actually originally developed to rank websites, and he thought that it might be a great way to rank how people determine their online hotness. While most people received a handful of messages to factor into their score, there were some fun outliers: For instance, one woman in New York received 1,504 messages over the course of the study — approximately one every half hour.

What is the “Desirability Gap”?

With the desirability of senders determined, they found that people tended to go for partners about 25 percent higher “up” in the dating hierarchy, creating what these researchers call the “desirability gap.” Essentially, this gap describes the gulf between your own score, and the score of someone you think is worthy of your attention. Newman isn’t exactly sure why people do this — the study was only intended to observe patterns reflected in data, and they didn’t interview these users. But he does have two rough theories:

“So I can imagine a couple of different theories. People are just reaching a bit, and just hoping they’ll get lucky, or people are routinely overestimating themselves a bit and putting themselves higher up the ladder.”

Typical online dating strategy supports the idea that people aren’t over estimating themselves. Instead, they’re sending message after message into the ether, hoping to find a meaningful connection on the other end, Newman’s analysis suggests. But when Newman took a closer look at those messages, he found that they were nearly all destined to remain unrequited.

The paper states that about one in every five messages will go unanswered, and that these bleak odds tend to increase as you widen the desirability gap. For example, when men sent messages to women with high desirability scores, the reply rate was never higher than 21 percent.

At this point one might wonder if there is a messaging strategy that might help combat those odds. Maybe, a short-form type of DM mastery that can help one get a response from someone with a higher desirability score. Newman also has some somber news on this front:

“People vary what they do depending on who they’re writing to,” he says. “Both men and women write substantially longer messages to prospects who are more desirable. But the downside is that when we look at whether that affects the results, the answer is: not very much.”

This is the heart of the online dating struggle: It’s easier than ever to meet people from every league, but still harder than ever capture their attention. It’s a fiercely competitive world, but Newman still adds that people shouldn’t be dispirited by these findings. If anything, these results show that not getting a response is normal, and that if you’re looking to play that one-in-five probability of getting a response, persistence is everything.