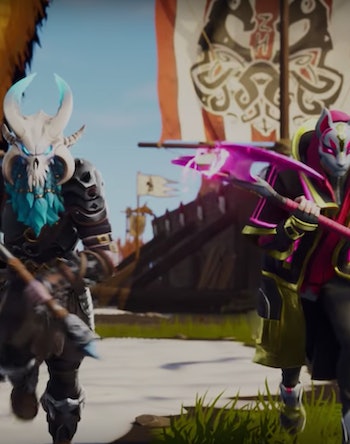 While playing video games professionally might seem like a dream job, it’s not as wonderful or as easy as it sounds. So when parents buy their kids Fortnite: Battle Royale lessons after being convinced there’s huge money in video game tournaments, they’re more likely getting duped into paying for their children’s bragging rights at school than anything else

Earlier this week, the Wall Street Journal published a trend piece about parents buying lessons for their children so they might get better at Fortnite.

One concerned mother spent $50 so her child could get four hours of training. “There’s pressure not to just play it but to be really good at it,” she says in the article. “You can imagine what that was like for him at school.”

Are kids actually getting picked on in school because they’re not good at Fortnite?

One father in the article admits to paying $20 an hour for his 12-year-old son. He’s “already dreaming of a scholarship — or at least some tournament money.” Yet another comments that his well-trained sons can “fund [his] retirement.”

It’s true that companies like PlayVS are actively bringing competitive esports into high schools, and they’re even considering Fortnite despite the use of guns in the game, all because there is also a growing market for college esports. Scholarships are out there, but they’re few and far between.

Despite all that, to hope a young child might become a pro Fortnite player one day is a dream far more farfetched than them turning pro in any more traditional sport. That’s because esports get arguably even more competitive than sports.

HSBaseballWeb.com estimates that 455,414 students participate in high school baseball as sanctioned by the National Federation of High Schools. They estimate that 1 in 94 players get drafted into the MLB.

A June blog post from Fortnite developer Epic Games announced that the game had grown to 125 million players. Those numbers do represent the global scale, but you do the math. Overall, paying for pitching lessons for your kid is still a better investment than Fortnite lessons.

Epic Games did announce a $100 million prize pool for the first year of competitive play, but unless someone is in the upper elite, there isn’t much hope at prize money.

If you talk to any pro esports player — which I’ve done — you’ll hear stories about team houses where players live together so they can practice at least nine hours a day. There’s never free time to play video games casually. Their job (and life) become consumed by a single gaming experience. People love to say things like “Do what you love, and you’ll never work a day in your life.” But to a pro gamer, their hobby becomes a grueling job with long hours and a not high success rate.

If it were me, I’d come to hate it before long.

For those that do pursue lessons in Fortnite, perhaps the best place to do it is a service called Gamer Sensei. Anyone can connect with professional coaches — or “senseis” — for all sorts of games. I learned a few tips from a sensei that vastly improved my own Fortnite skills, but I could never hope to go pro by any means.

Many lessons like this do teach generalized combat tactics, like awareness of one’s area, flanking maneuvers, etc. But for the most part, these lessons cater directly to Fortnite-specific strategies. So outside of some slight improvement to hand-eye coordination that supposedly comes along with practicing video games, there’s no benefit to lessons outside of Fortnite, not even in other games. You could put a Call of Duty pro in a professional Overwatch match, and despite both games being first-person shooters, that pro would lose miserably.

Ultimately, a few Fortnite lessons could go a long way to improve someone’s skills at the game, which itself might be a worthwhile short-term investment. But to take lessons with the aim of going pro seems like a hopeless dream. To top it all off, gaming can often be an isolating experience, a 100-person free-for-all like Fortnite even more so.