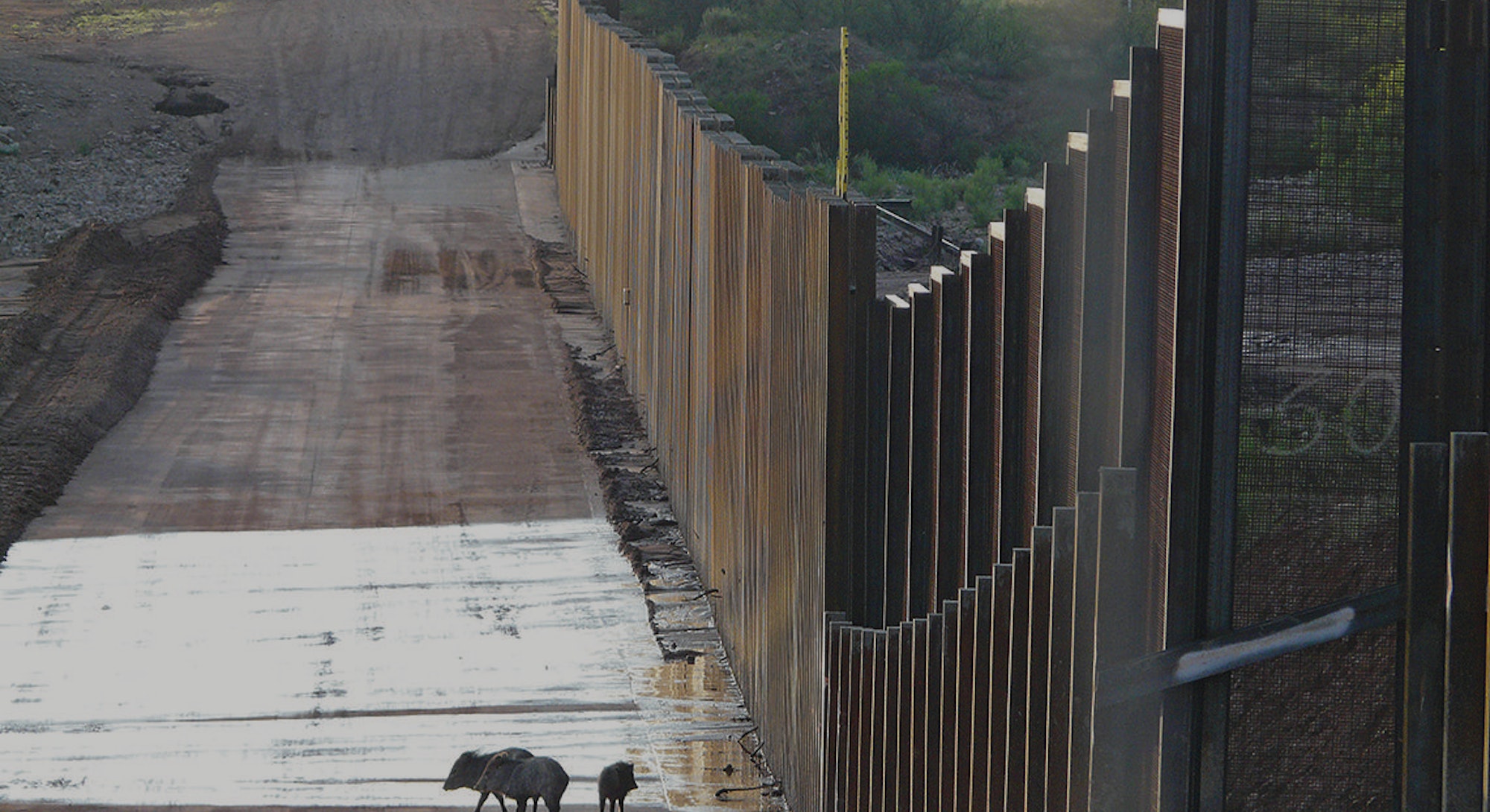 When President Donald Trump and other politicians discuss building a wall along the border between Mexico and the United States, environmental concerns don’t often come up. When they do, they’re dismissed with a wave. But according to new research supported by thousands of international scientists, a southern border wall would be a disaster for America’s and Mexico’s wildlife and natural environment, both in the present and the future.

In a move straight out of a science fiction horror film, the US government has ignored scientists concerned about the project’s immeasurable cost to the environment. It has revealed the bleakness in the hearts of some frustrated scientists, but it has also emboldened others to speak up in the name of the plants and animals who can’t speak for themselves.

The increasingly dire situation is summed up in a paper, published in mid-July in the journal BioScience, in which a multidisciplinary team of scientists from the US and Mexico — as well as over 2,500 supporting signatory scientists from around the world — forecast the environmental impact of a border wall. The costs are incalculably high: A border wall, the authors write, would disrupt migrating wildlife, destroy or fragment the habitats of endangered plants and animals, and stifle regional scientific research.

To co-author Paul Ehrlich, Ph.D., a notoriously outspoken conservation biologist at Stanford University, a border wall represents a total disregard for science, the environment, and national security. “We have, particularly in the United States, a government that’s waging war on our life support systems, and they don’t give a damn,” he tells Inverse. “They have no idea what they’re doing, not in the slightest, either biologically or socially.”

“For example, continuous walls could constrain endangered Peninsular bighorn sheep (Ovis canadensis nelsoni) from moving between California and Mexico to access water and birthing sites. It will be likely impossible for endangered animals such as the Mexican gray wolf (Canis lupus baileyi) and Sonoran pronghorn (Antilocapra americana sonoriensis).”

The US government is no stranger to the ecological effects of building large physical barriers. When the US Army Corps of Engineers dug a network of canals to drain thousands of acres of the Everglades in the early 20th century, for example, scientists and policymakers eventually realized the environmental devastation the canals wrought and sought to reverse the damage, only to find that doing so was impossible. Livestock fences in the grasslands and deserts of Africa have similarly hindered the migration patterns of wild animals, pushing threatened animals closer to extinction.

Ehrlich predicts a similar future as a result of a southern border wall, which he sums up simply: “Barriers are very bad for our future.”

Ehrlich rose to fame in 1968 with the publication of his book, The Population Bomb, in which he outlined how growing human populations threaten to throw ecosystems around the globe into chaos. In the case of the border wall, Ehrlich sees an extreme example of humans ignoring the fact that we rely on the natural environment for all aspects of our livelihoods, whether we notice it or not.

Ehrlich thinks it’s particularly dangerous that the Department of Homeland Security has broad authority to waive environmental laws in the name of securing the border, an authority that was affirmed by the judicial system in early 2018. The irony, he says, is that the environmental disaster that the border wall will wreak is a greater threat to national security than immigration ever could be.

“Environmental laws are totally tied into our national security. You may notice that the western United States is burning down,” he says, referring to the recent rash of wildfires in western states. “That’s just the beginning. In other words, the impacts of climate change on our national security are going to be strong here in the United States, but even stronger as refugee flows build up in the world, and water gets shorter and shorter.”

“They have no idea what they’re doing, not in the slightest, either biologically or socially.”

If the most tragic irony of the border wall is that it will degrade natural landscapes that wildlife depends on — all while not doing what it’s meant to do — its most heartbreaking consequence will be the sense of futility it’s seeded in many of the people who can actually help.

“Many of my closest colleagues are from Mexico, and everyone just laughs,” Ehrlich says. “You put up a 30-foot wall, the coyotes, the smugglers, will build themselves 34-foot ladders. As long as the riches of the world are flowing into the United States, people are going to flow along with them, and walls aren’t going to make any big difference, as we’ve already seen with drugs.”

Despite the worldwide support garnered by Ehrlich and his colleagues in their biological assessment of the border wall, he’s not too optimistic about the positive change that will come from it. “I think it’ll have very little impact,” he says.

But not all the scientists involved have such a bleak outlook. Some, like Rodolfo Dirzo, Ph.D., an evolutionary ecologist at Stanford University and another co-author on the new paper, are encouraged by the amount of global support the effort has received.

“It is my hope that, by having this large response from the scientific community, that that might percolate to the public in general, that more attention is going to be paid,” Dirzo tells Inverse. By raising attention to the gravity of the environmental threat posed by a border wall, he’s hopeful that the general public will understand just what it means for people, plants, and animals on both sides of the border.

Dirzo, Ehrlich, and their peers in the scientific community represent a glimmer of hope in the midst of what seems like an unstoppable political will to not only bulldoze ecosystems but to divide people.

“These are challenging times, given the selfishness and lack of solidarity,” Dirzo says. But pointing to the success of international popular movements, like the one led by Mahatma Gandhi in colonial India, as evidence that people can unite in the face of injustice, he says, “We have to be hopeful. We have to be cautiously optimistic.”