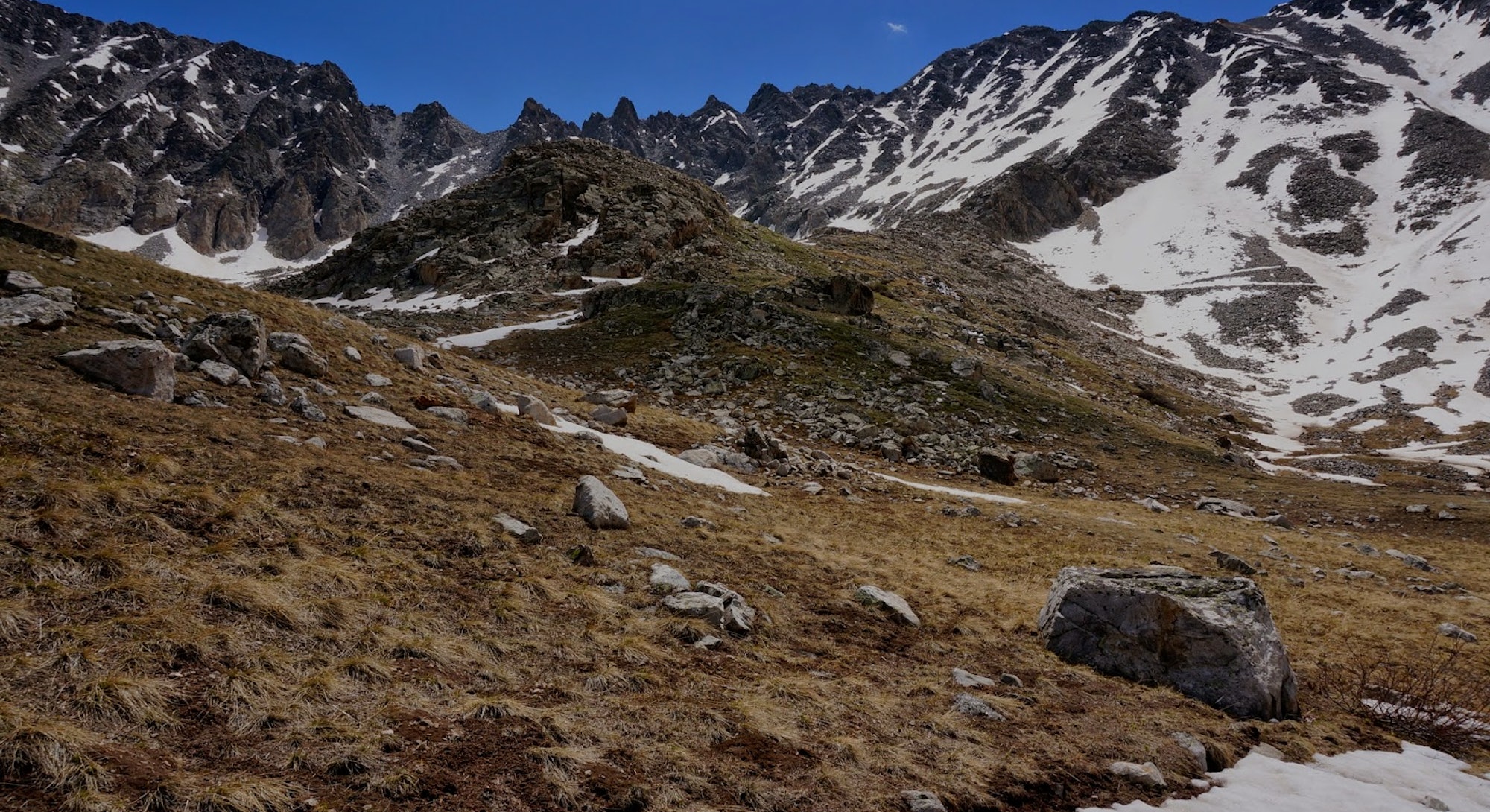 Trail runner Shana Light woke up early one morning to hit the footpaths by her home in Colorado. To train for her 50-mile race, she ran through woods, trudged up mountains, and along hidden paths with only her thoughts, her dog, and a constellation of 24 Russian satellites for company. Light isn’t a CIA operative or a Russian sleeper agent training to take down the West. She’s a nurse who happens to own a high-end fitness watch.

These days, Light rarely runs without her watch, which is equipped with a GPS tracking system that turns 31 United States satellites into her eyes in the sky. But her watch also taps into another array of satellites orbiting Earth: Russia’s Global Navigation Satellite System, otherwise known as GLONASS. It can be accessed through the back menu of many running watches, molecular biologist turned triathlon coach Tom MacPherson tells Inverse, but even the most elite trail runners have no idea that GLONASS refers actually a network of historically unreliable Russian satellites with a track record of falling out of the sky.

“When I tell people about it, I’d say 98 percent of people have no idea what it is, and that they’re using it with their GPS watches,” he says. Elite trail runners use both GPS and GLONASS to give them an added level of safety out in the wilderness, most of them unaware of the irony of their reliance on Russian technology for security.

Given America’s fraught history with Russia and more recent concerns about Russian interference with US politics, it may seem odd that Americans would trust Russian satellites with their safety. But, as Light realized the day she found herself irreparably lost in the Colorado wilderness, sometimes the only thing standing between you and the dangers of the wild is being seen by a satellite, even if it was originally designed by what President Ronald Reagan called the “evil empire.”

“I live in a very narrow valley,” Light tells Inverse. “There’s places where even if you’re driving down the road listening to satellite radio, the radio will go out because there’s a mountain looming over you. But when you’re running, you see it even more.”

When Shana hit the trail the morning she turned to GLONASS for help, she was alone. While she occasionally goes for runs with a women’s trail running group, she also enjoys the solitude of trail running – it helps her clear her head. The trail she took through the White River National Forest was a familiar one, but that day, something seemed slightly off.

The trail is called “Lost and Found” because it has a tendency to disappear. During that hunting season, horses had trampled on the usually clear running path, carving a new series of red-herring trails. Light didn’t think twice when she turned down one of those trails. She was in the zone.

“I knew the trail fairly well, enough to know there shouldn’t be a pond there,” she remembers.

One mistake in turning around, says Light, can lead to hours of trudging through unknown territory. What you really need is a map to help you retrace your steps. This is the idea behind many GPS watches, but on trails like Lost and Found, heavy tree cover or looming mountains can obscure a runner from the watchful eyes in space.

When this happens, most watches will just make an educated guess as to your whereabouts, waiting until the device can once again determine the location of a satellite. The watch back-estimates your path by drawing the shortest distance between those two points, even if it happens to be off the trail. Relying only on American satellites showed a “big straight line” between two points on the path – her tracker’s best “guess” at her location – which is hardly accurate enough to trace an escape route through the woods. Using GLONASS together with GPS, she says, makes those “guesses” disappear.

“I was really confused for a minute, because I was headed in the right general direction, but there was this body of water that shouldn’t have been there.”

Bradford Parkinson, the former US military engineer that invented GPS, admits that when America’s satellite systems work in tandem with Russia’s, they can achieve coverage that one system alone can’t.

“That little watch on your wrist is listening, and it’s probably listening to more than four satellites,” Parkinson, who helped launch some of America’s first GPS satellites into the Upper Van Allen Radiation Belt in 1978, tells Inverse. Most GPS systems require signals from at least four satellites to be accurate, but sometimes, as in Light’s case, getting four signals from the usual constellation of US satellites just isn’t possible. The satellites shot into space by ROSCOSMOS can be a lifesaver in these situations, though Parkinson’s vast knowledge of their history makes him wary of trusting GLONASS completely.

A satellite knows four things about itself: its x, y and z coordinates on a three-dimensional map, and the exact time — down to one billionth of a second — it was at that position. It combines all this data, sending it to Earth with a light-based “shout.” Back on the ground, the tracker uses that signal to calculate a range of distances estimating the position of the satellite that sent it. If it can hear signals from multiple satellites, it can calculate where the ranges overlap to give a pretty good sense of where it is.

Amid the sounds of the trees, her dog, and the nearby freeway, Light’s watch listened for American satellites but didn’t hear enough “shouting.” Fortunately, Russian satellites were well-positioned to be vocal. Tuning into GLONASS, says Parkinson, “gives you additional measurements that you can average into your solution, if you handle it right.”

But GLONASS is not a perfect system, he warns. That’s partially because the Russians actually have a slightly different way of mathematically describing the Earth, and their time system onboard GLONASS satellites differs slightly from ours. But largely, it’s because Russia’s satellites have a long history of falling out of the sky.

“That little watch on your wrist is listening, and it’s probably listening to more than four satellites.”

In the early days, says Parkinson, the Russian scientists were “closed” and didn’t like to talk about shortcomings in their system. That GPS and GLONASS satellites can now cooperate peacefully on a variety of devices is a relatively new phenomenon. While GPS has been available for civilian use since its inception, GLONASS has struggled to provide that consistent signal that trail runners have come to rely upon today because its satellites have struggled to withstand the treacherous Outer Van Allen Radiation Belt, 11,000 nautical miles above the Earth.

To this day, no satellite can survive indefinitely in this radiation hellstorm, a flurry of charged particles generated by the solar wind. “Our current technology is ever more susceptible to these accelerated particles because even a single hit from a particle can upset our ever smaller instruments and electronics,” said David Sibeck, a Van Allen Probes mission scientist at NASA. Figuring out how to build a GPS satellite that could withstand these rogue particles in the 1970s was, to Parkinson, a “great engineering feat.”

Doing so proved much more difficult for Russian scientists, who at the time were entering “the era of stagnation.” As the value of the ruble crashed, scientists at the Soviet Space Agency had increasingly fewer resources to get satellites into orbit.

In October 1982, they finally succeeded in launching the first GLONASS satellite; by 1995, their full constellation of 24 satellites had been deployed. But these machines, too weak to withstand the Outer Van Allen, lasted an average of two to three years before they literally crumbled to pieces in the sky. Satellites in the GPS system generally last about 12 years before they need to be replaced.

“We [GPS] hardened our satellites so they survived, and we’ve have a few last more than twenty years, Parkinson says. “GLONASS absolutely failed that. They were having to launch eight to twelve a year. They couldn’t build the darn satellites fast enough.”

“They were having to launch eight to twelve a year. They couldn’t build the darn satellites fast enough.”

Trail runners like Light can rest assured that GLONASS has undergone a space engineering renaissance since its Soviet days. Under the federal program “Global Navigation System for 2002-2011,” it launched a complete fleet of 24 satellites into the sky by 2011 (counting just two crashes), making Russia the third nation in the world behind the US and China to do so. Two new generations of GLONASS satellites are reportedly in the works.

Still, GLONASS continues to have growing pains: In 2011, it experienced a catastrophic 11-hour failure during which incorrectly uploaded software led the satellites to misunderstand where they actually were in space. The signals they shouted back to Earth were incredibly confusing: In Harwich, England, one receiver was off by 31 miles.

Errors like this violate the essential characteristic of global positioning systems: integrity. Not knowing where you are can have disastrous consequences, as countless ship captains, pilots, and intrepid trail runners could attest. Of course, systems will inevitably make mistakes, satellites will fail, and signals will go awry. But the designers of those systems, argues Parkinson, have a responsibility to admit the mistake before innocent users reap the consequences. Russia didn’t do that in the 2011 GLONASS debacle, he says.

“They never really have explained what happened,” Parkinson says. “Unfortunately some of our scientists have found out what happened. But they haven’t told us what that mistake was and what they plan to do about it.”

“They never really have explained what happened.”

Tom MacPherson is one of the few trail runners who actually knows that GLONASS is a system of Russian satellites. The Colorado father understands that, when it comes to the fidelity of GPS tracking, there is one golden rule: more satellites is better.

Neither Russian technology, nor US-Russia relations, deters him from using it for his 17-mile training runs in the Rockies. More than once, he tells Inverse, he’s even used the network to ensure the safety of hikes with his family toward the tricky Carbondale, Colorado overlook called Mushroom Rock. After a little bit of climbing, the path flattens out onto a mesa that splits into several competing directions that’s not easy to navigate, especially with a toddler in tow.

“Especially when you have a two year old daughter with you and weather changes quickly, gives me peace of mind,” he says.

The technology on which our fitness watches rely have achieved a level of trust and unity that society and politics have not. Despite engineering skepticism, political unrest, and a checkered history, every day, trail runners across the country place their safety in the hands of both GPS and GLONASS satellites. In the depths of America’s great forests, fenced in by tall trees, dark waters, and steep cliffs, sometimes the only thing worth worrying about is getting out alive.

“I would have made my way out eventually, says Light. “But it would have been a big day of bushwhacking through bogs and everything else.”