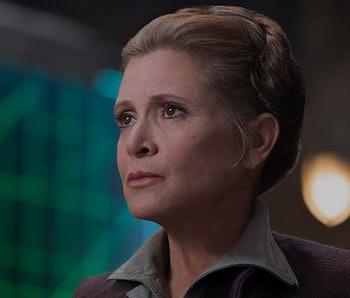 A full plot synopsis for the premier episode of first-ever Star Wars anime, Star Wars Resistance, has been revealed, offering further details for protagonist Kazuda Xiono, his mission, and even his nickname.

A now-deleted Disney press release in Germany emerged on the internet Thursday from Twitter user @germanjedi, and a translation offers a full introduction to Kazuda “Kaz” Xiono and details of his first mission. According to similar sources, the two-part premiere titled “The Recruit” will air in Germany on October 13 and kick off a 22-episode season.

Resistance fighter Poe Dameron tasks young pilot Kazuda “Kaz” Xiono with spying on the First Order. At the time, little was known about the secretive organization and its strength.

In order to fulfill his mission, Kaz travels to the space station Colossus, which is being used by many ships as a port to refuel and do repairs. However, there are also dangerous races taking place there. After Kaz bragged with his piloting skills at his arrival there, he is soon drawn into one of the races…

Like many Star Wars heroes, Kaz is a pilot, but will those skills translate over into whatever kind of race he’s entering?

Colossus space station is a new place in the Star Wars galaxy, so there’s no telling where that is, and there’s also no way to know what kind of “races” Resistance might feature in the premiere episode. Pod races were seemingly exclusive to Tatooine and don’t make practical sense on a space station, so it’s possible that these races are on swoop bikes or some other kind of speeder.

Several familiar faces will show up throughout Resistance, namely Poe Dameron as voiced by Oscar Isaac and even Captain Phasma as voiced by Gwendoline Christie. BB-8 will also show up, but he’s all beeps and whirring noises.

Resistance was first announced in April and is set during the lengthy period of time between Return of the Jedi and The Force Awakens. Games like Star Wars: Battlefront II and several canonical novels are also set during this time period, but the foundation of both the Resistance and the First Order remain somewhat shrouded in mystery.

Supposedly, the first episode — titled “The Recruit” — takes place not long before The Force Awakens.

So far, Star Wars Resistance sounds really cool, even if calling a character “Kaz” is hella confusing when there’s someone called “Maz Kanata” also somewhere out there.