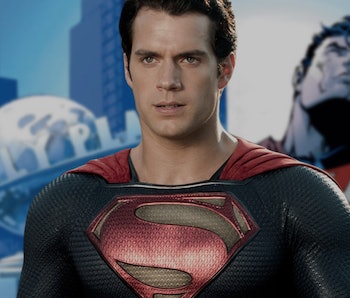 The future of the DC Extended Universe may lie in Aquaman’s hands, but Henry Cavill still has ideas for a sequel to 2013’s Man of Steel. Specifically, the brawny actor and self-proclaimed comic book fan says he wants a film based on the 2004 Superman arc, For Tomorrow.

On Wednesday, during a Facebook livestream of Henry Cavill to promote the dope as hell Mission: Impossible — Fallout, the DC film star answered questions about future Man of Steel movies. In a response, Cavill says he wants to star in an adaptation of Superman: For Tomorrow, a storyline that bears a similar premise to the HBO sci-fi drama The Leftovers.

“I’m a huge fan of Superman comic books, obviously, and we’ve covered a lot of the really good stuff from the comics, in part, in the movies, so I couldn’t necessarily say those,” Cavill said during the stream. “But I can say, one of my favorite books is Superman: For Tomorrow. That one I think … could certainly draw some inspiration from that. I think it would make a really good movie.”

In Superman: For Tomorrow, published in Superman issues #204 to #215 under the superstar creative team of Brian Azzarello, Scott Williams, and Jim Lee, a million people on Earth inexplicably disappear — including Lois Lane. As Superman tries to figure out just what in Rao’s name happened, Superman confides in a troubled priest who is in the midst of a crisis of faith.

For Tomorrow isn’t the best Superman story of all time, but it is one of the most profound. It stands as a compelling thought exercise in what it means to have faith in a universe where beings can fly, run at the speed of light, and even exist as literal “New Gods.” (Though to me the best version of that story remains in Mark Waid’s Kingdom Come.) For Tomorrow would certainly make for a great movie, possibly even better as a TV series which is what made The Leftovers a winner for those who stuck around after its meandering first season.

Will Cavill get his wish for a Superman: For Tomorrow movie? That depends, if other heroes like Aquaman and Shazam kick enough ass at the box office for fans to renew their faith in the DCEU.