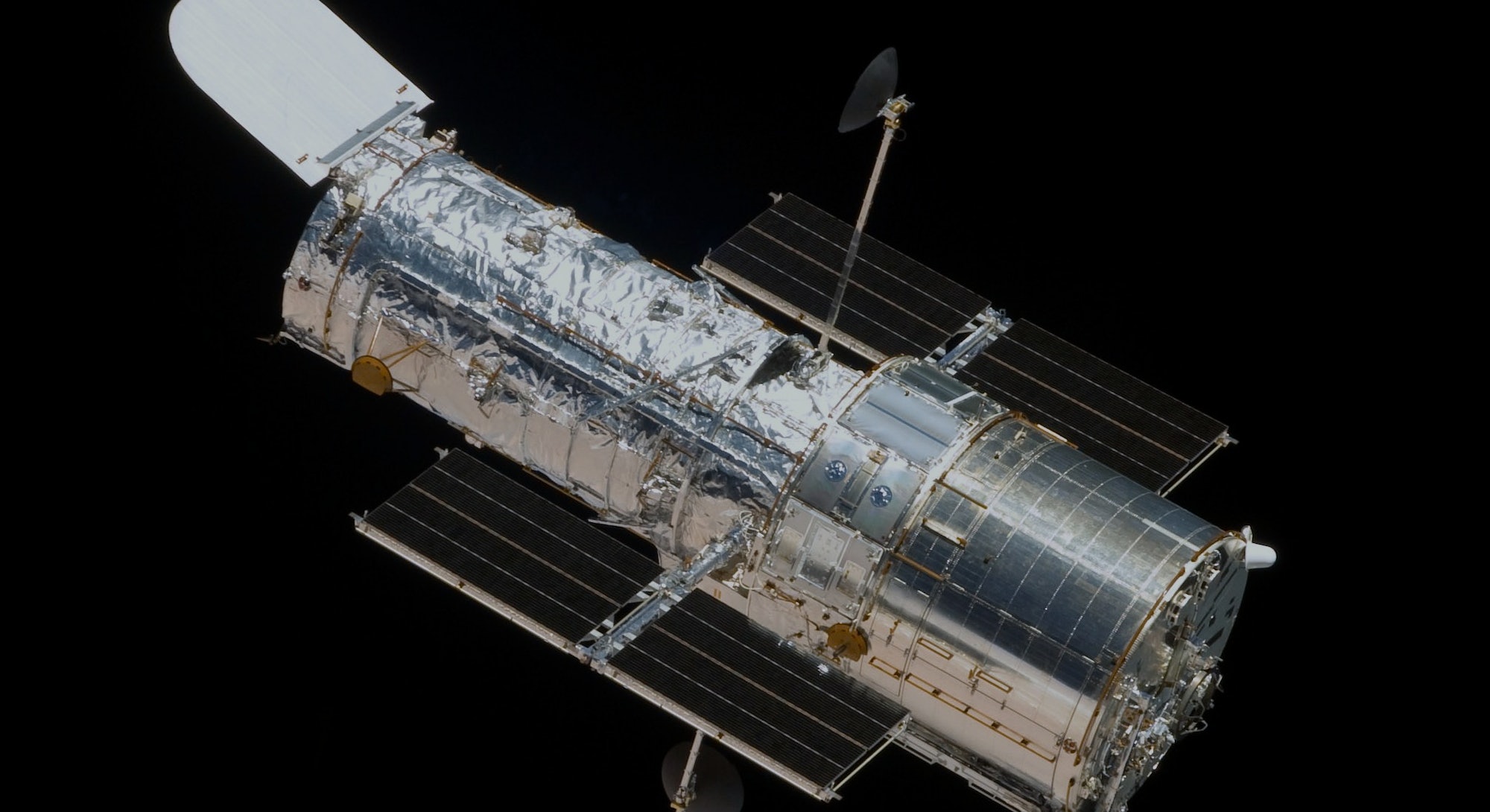 Well lit and close to Earth this summer, Mars and Saturn got the crisp glamor shots that they so richly deserve, courtesy of the Hubble Space Telescope.

On June 27, Saturn’s orbit brought it into opposition with the Earth, meaning that the two planets were fully aligned with the sun, and as a consequence Saturn could reflect a maximum amount of sunlight back towards Earth. Hubble — NASA’s cheeky interstellar paparazzo and a non-sentient satellite containing imaging hardware — observed the planet on June 6, 2018, while it was about 870 million miles from Earth.

Due to Saturn’s tilt toward the Earth at this moment in its orbit, Hubble was able to very clearly image all of the bands and gaps that comprise Saturn’s rings: Moving inward from the outermost ring, these are known as the A ring, the Encke Gap, the Cassini Division, the B ring, and the C ring with the Maxwell Gap.

On this pass, too, Hubble caught glimpses of six of the 62 known moons orbiting Saturn: Dione, Enceladus, Tethys, Janus, Epimetheus, and Mimas.

This month, Mars entered the opposition phase of its orbit, coming closer to the Earth than at any point since 2003, within 35.8 million miles. Hubble — the Annie Leibovitz of celestial bodies, but also a mere device — imaged Mars on July 18, a little less than two weeks before the Red Planet will reach full opposition to Earth (this Friday).

Prior to 2003, the last time Mars was this close to Earth was 60,000 years ago (i.e. after Eurasian humans started interbreeding with Neanderthals, but before humans started using sewing needles). So, enjoy it while you can.

Many of the known surface features of Mars are occluded right now by a gigantic dust and sand storm that has enveloped the whole planet, briefly putting the Mars curiosity Rover in some jeopardy.

But by using some of the Mars’ visible landmarks, like the ice caps, Terra Meridiani, and the Schiaparelli Crater, NASA has created a comparative animation of the planets current orientation and how the storm is blurring its geography.

It’s D🌝PE SPACE WEEK: July 23-29, 2018 will see a full moon (the “Full Buck Moon”); a total lunar eclipse that will see it turned a bloody color; Mars at opposition, wherein the red planet will be at its closest approach to Earth; and the Delta Aquarius meteor shower. Such a confluence of dope celestial events calls for the first semi-annual Inverse Dope Space Week! Be sure to join our private Dope Space Pics Facebook group to share in the stranger wonder of space all year long. And listen to I Need My Space, the Inverse weekly podcast about the weirdness of space.