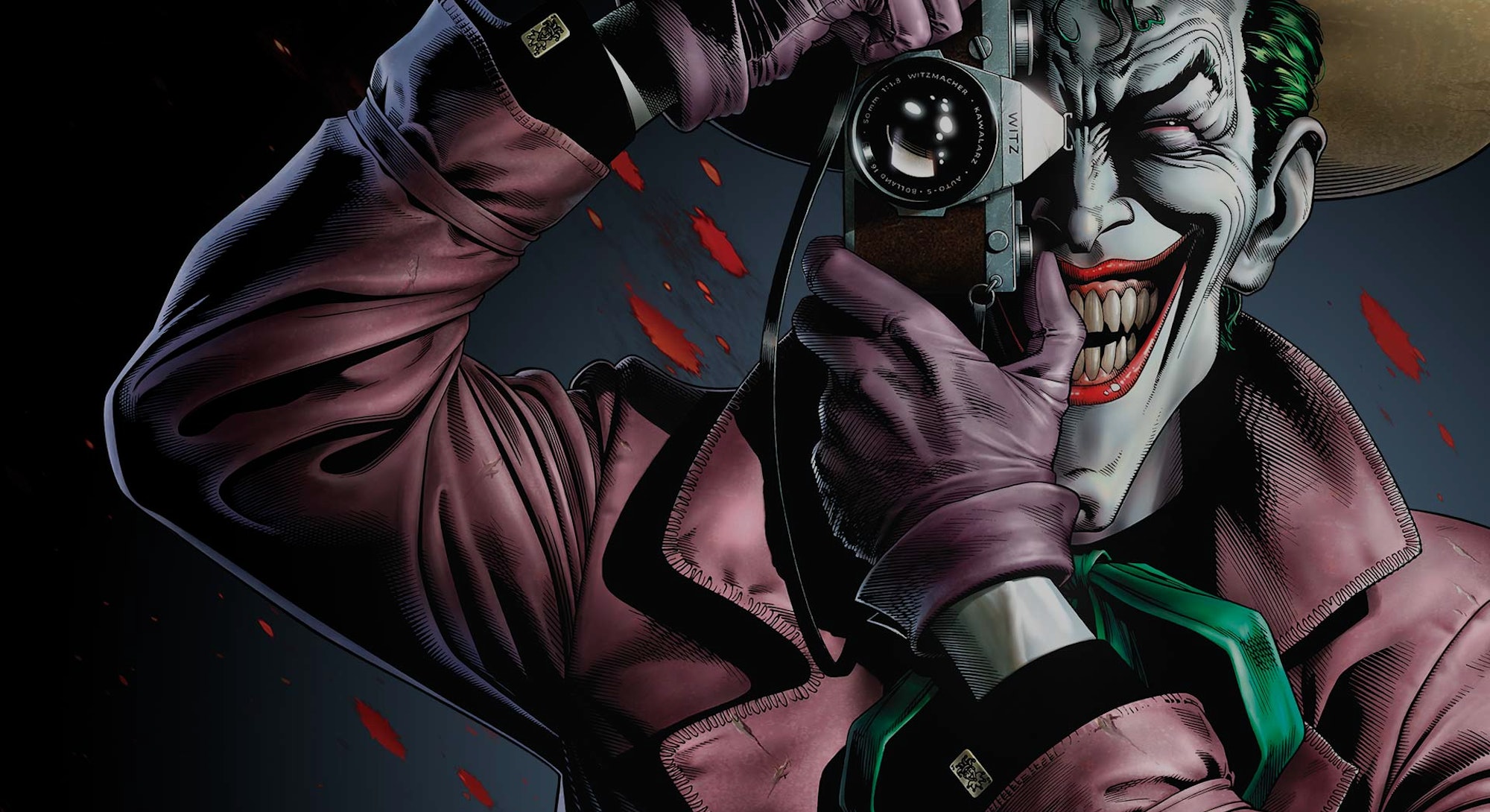 At the end of Christopher Nolan’s The Dark Knight, which just recently passed its tenth anniversary, Heath Ledger’s immortal Joker taunts Batman while swinging upsidedown thousands of feet in the air.

“You won’t kill me out of some misplaced sense of self-righteousness,” he says, the wind blowing in his green hair. “And I won’t kill you because you’re just too much fun. I think you and I are destined to do this forever.”

The Joker’s chilling speech was not an Easter egg teasing a sequel. There were no post-credits scene or winks to Green Lanterns or Amazons. The Joker’s words were far less about their literal next encounter, which never happened (due to Ledger’s death months before the film’s release). Instead, it was about the Joker and Batman’s eternal presence in the consciousness of the audience watching.

Emerging now out of Comic-Con is news that there will be a Joker origin film, directed by Todd Philips with Joaquin Phoenix attached to star. The film will be an entirely separate take from the DCEU franchise, where Jared Leto has been the Joker since 2016’s Suicide Squad.

Simply titled Joker, the film even has a release date: October 9, 2019. That’s just a few weeks before Halloween, a deliberate marketing maneuver if there ever was one.

Details are scarce, but based on multiple reports it seems pretty clear that this will be an origin story exploring how the Joker became the serial killing clown of Gotham City. That might sound exciting, but I’m here to say that it’s a terrible idea.

Look, if the stars align, there’s no reason to think Phoenix’s Joker can’t be great. It has tons of potential, and the Joker’s history is a legitimate mystery without a definitive tale — unlike his archenemy/BFF Batman.

But forgive me if I find it hard to get excited about a “Joker origin movie.” Ten years after it rocked the world, we continue to learn all the wrong lessons from The Dark Knight, a movie that is at once profoundly influential yet entirely distinct from everything else coming out today.

Even ten years later, The Dark Knight remains emblematic of a “mature” superhero movie. It was the antithesis of the genre as people knew it. It wasn’t X-Men. It wasn’t Spider-Man. It wasn’t Fast & Furious. It was restrained and deliberate. It was conservative, even with a then-staggering $100 million production budget. It prioritized the ramifications of its hero’s actions than the mere fact that Batman was fighting the Joker.

Unlike the vast majority of superheroes who originate from comic books, Batman and The Joker are in an elite circle of characters who are bigger than any single medium they inhabit. From children to drunk people on Halloween, everyone instantly recognizes these characters, their stories, and their mystique without reading a single comic written by Frank Miller or Tom King.

And unlike Batman, whose tragic origin has been told thousands of times (and is as timeless as it was when it was introduced just after the Great Depression), the Joker’s backstory is steeped in mystery and intrigue. It’s exactly what gives the Joker his paralyzing power. You are not supposed to know who he is, where he’s from, or what he wants.

That’s what makes the idea of a Joker origin movie so puzzling. Why would Hollywood ruin an enduring icon like The Joker, made immortal by a perfect storm of artists and energies converging at the right place and right time, by giving us the origin story we never asked for?

Perhaps the answer lies in the iconic words spoken by Sir Michael Caine 10 years ago to describe The Joker in The Dark Knight.

“Some men just want to watch the world burn.”