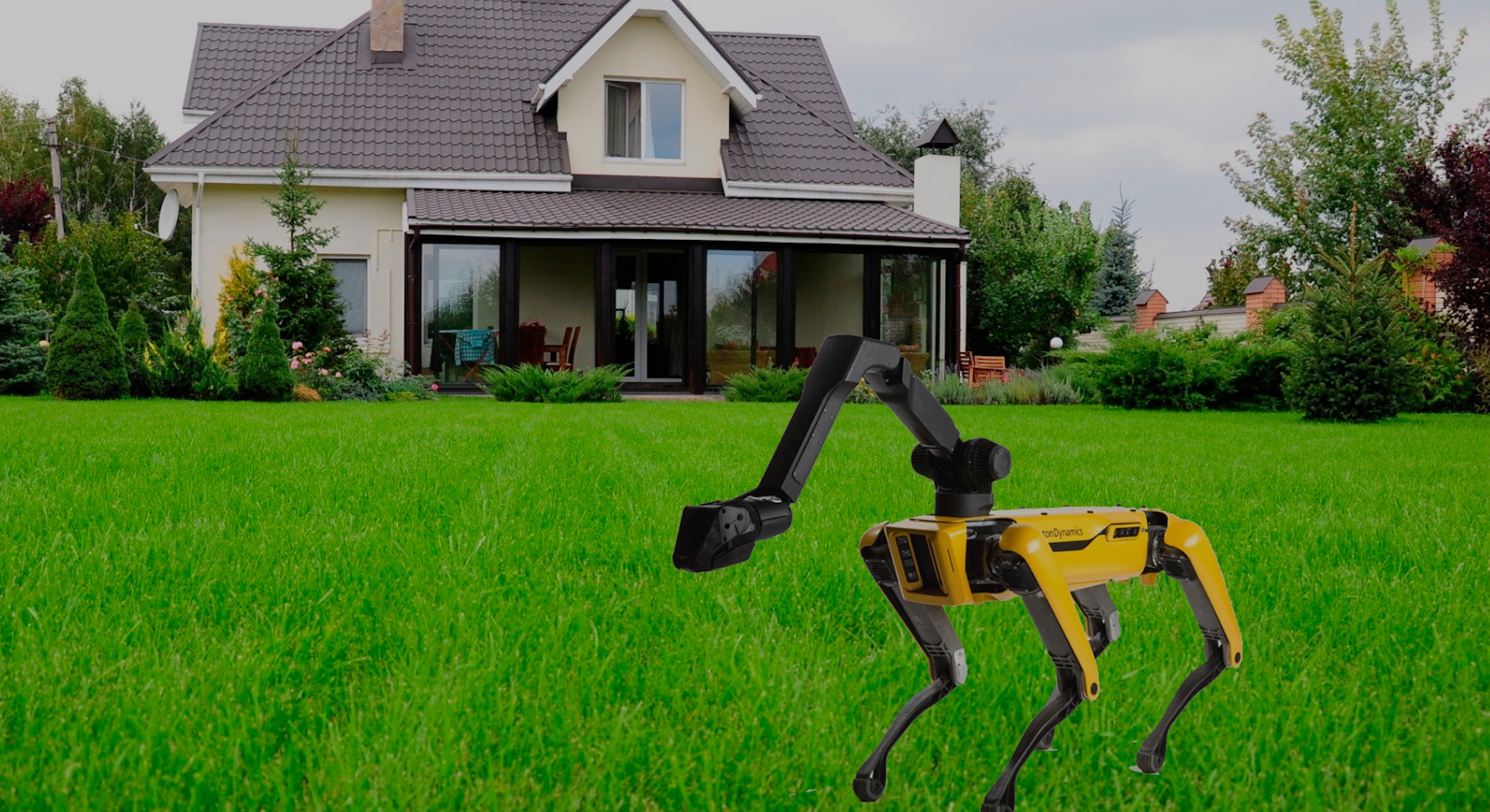 A sense of humor is important if you’re Marc Raibert.

He’s the founder of Boston Dynamics, the robotics company that creates walking metal machines that look like they belong on the set of the Terminator reboot.

When his remarkably agile robots are knocked down, they get up and keep marching. They can take a beating from hockey stick-wielding humans. Some are very tall. They are heavy. They metal. They are “nightmare-inducing,” Raibert said during a conference last year. That’s how he described Handle, which resembles a horse standing on its hind legs, if its hind legs had rubber tires instead of hooves. Handle is truly terrifying.

Stirring warmer feelings is SpotMini: The four-legged bot stands 2 feet, 9 inches and looks only slightly post-apocalyptic. If one puts a cardboard delivery box on its back, the machine with 17 joints and 3D vision could be called a very good doggo.

Boston Dynamics has plans to take its robotic helpers mainstream next year: By July 2019, it will be on pace to produce 1,000 SpotMini robots annually. The overarching goal for the 26-year-old company is to become the what Android operating system is for phones: a versatile foundation for limitless applications. That’s the plan, anyway.

The nightmarish vision that is Handle, which Raibert unveiled in January 2017, was the latest in a line of robots that began at the Leg Lab, at Carnegie Mellon University in 1980. The lab moved with Raibert to MIT in ‘86. He started Boston Dynamics in 1992, and in 1998, there came the RHex robot program, resulting in an oversized insect-like robot. Then came an intimidating robot named BigDog in 2007; then Atlas marched onto the scene. Afterward came Spot, a smaller dog robot. SpotMini is the smallest of the robot menagerie but has the biggest future.

Of the four areas where SpotMini could become a player, delivery seems to be the one where it has the most competition. Drone delivery efforts — Amazon’s Prime Air Service among them — would use large quad-copters to deliver packages, but they still faces regulatory hurdles (though some are hopeful they’ll be delivering soon. A walking delivery drone wouldn’t have to deal with no-fly zones or line-of-sight stipulations like quadcopters.

Boston Dynamics hasn’t had to think much about consumer-facing markets in its history. Early on, it contracted projects for the military’s Defense Advanced Research Projects Agency and later, it was acquired by Google’s X division, a semi-secret division for advanced projects.

“These videos, even though they’re very viral, you can always tell that somebody’s tele operating for these videos,” said Bloomberg News reporter Brad Stone when commenting on Google’s decision to sell off Boston Dynamics in the summer of 2016.

It was damning criticism and not entirely fair: That the robots were nothing more than mechanical puppets wasn’t exactly true, but later reports on the issue pointed out a bigger problem. There didn’t seem to be a feasible plan to make enough money off them.

The company that spun out of the Massachusetts Institute of Technology in 1992 and later landed lucrative military contracts hadn’t to think about mass production or selling directly to civilian companies before, but it soon would: Softbank Robotics, the Japan-based megafirm, bought Boston Dynamics from Google in June 2017.

“Smart robotics are going to be a key driver of the next stage of the information revolution, and Marc (Raibert) and his team at Boston Dynamics are the clear technology leaders in advanced dynamic robots,” SoftBank Group Chairman Masayoshi Son said in a statement released with news of the sale.

A year after his company was sold by Google to Softbank, Raibert was in Germany to break big news: Relatively large-scale production would start in 2019. The goal of making Boston Dynamics the Android operating system for robots was still in tact.

“We’ve built ten by hand, we’re building 100 with manufacturers at the end of this year, and at the end of 2019, we’re going to begin production at the rate of about 1,000 a year,” he said of SpotMini, a prototype of which sat the stage at his feet.

“We designed this robot to be small enough so that it could fit inside of an office or a factory or a warehouse, or even home,” Raibert has said of SpotMini.

A Robot Dog at home — The list of robot dogs in cartoons is long and esteemed, but Boston Dynamics wants to make that a reality with SpotMini.

Although home is not where Boston Dynamics will begin its next chapter as a more publicly visible company, it is where the company may end up: So-called elder care robots are predicted to be big business in the next 20 years.

Rodney Brooks, the Australian robotics pioneer, maker of the Baxter industrial robot, predicted as much during a panel at South By Southwest in 2016, saying:“If you want ten- twenty-year financial [gains], hit elder-care robots,” Brooks said. In Japan, the elderly are preparing for robots to care for them, and face a predicted “shortfall of 370,000 caregivers by 2025,” reports The Guardian.

Because Spot Mini is just under three feet tall, it’s objectively less-scary and might even appear cute if it were to take care of your aging grandmother — fetching drinks and medicine and opening doors for her.

If Boston Dynamics can win over a skeptical public with SpotMini, 2019 might very well be the year of the robot dog.

Now watch this: “Why We Sympathize with Robots”