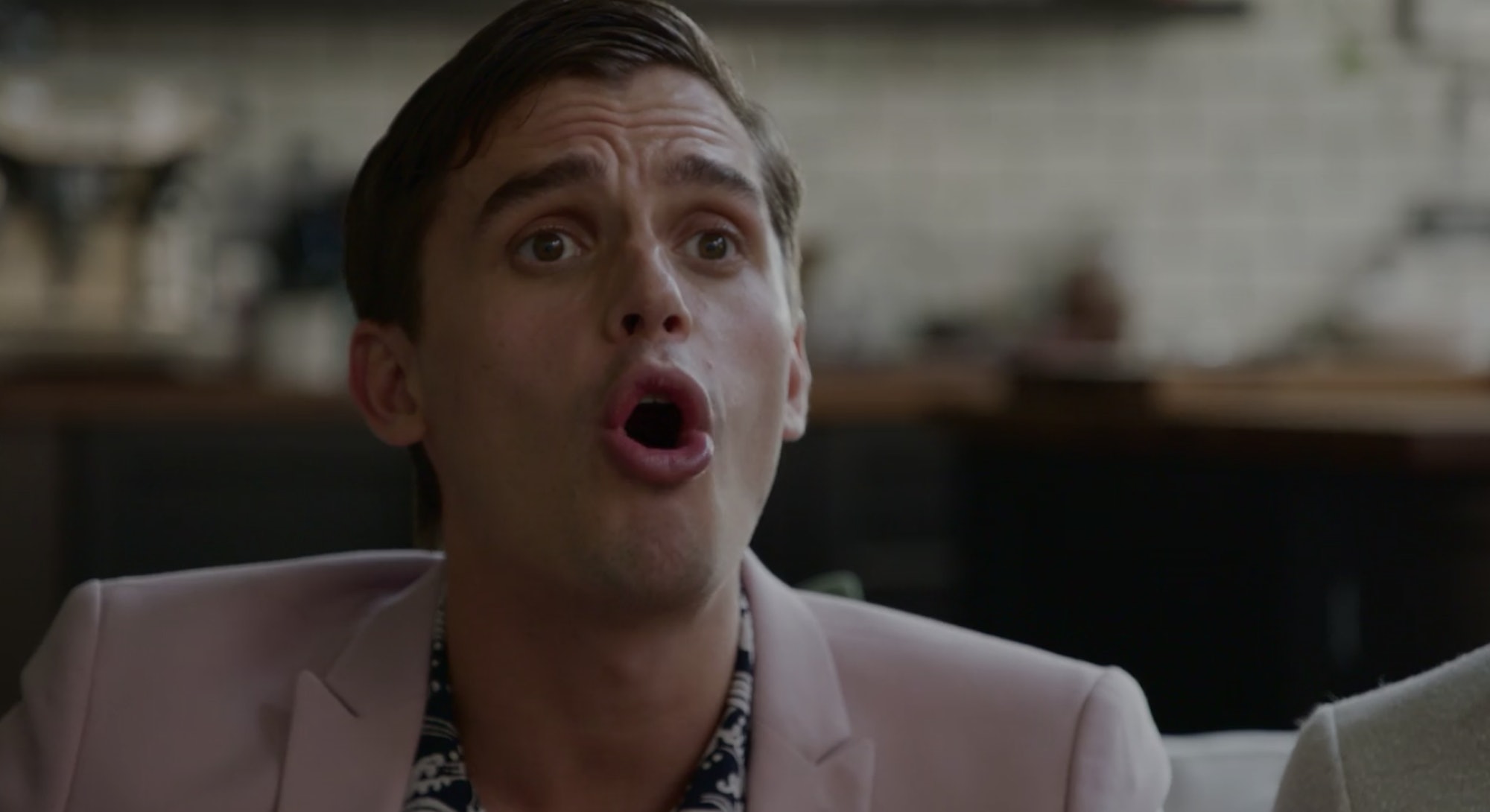 Antoni Porowski is best known for “cooking” up minimalistic meals, such as grapefruit and avocado salad, for makeover recipients on Netflix’s hit show Queer Eye. But now, a series of social posts by the star indicates that he may be trying to break into a much more controversial space.

In an Instagram Story over the weekend, Porowski waded into the murky world of alternative treatment options for the neurodegenerative disease Multiple Sclerosis, which can lead to difficulties moving, tremors, fatigue, and pain.

In the post, Porowski announced that he will attend The Wahls Protocol Seminar & Retreat in August, a conference devoted to Dr. Terry Wahls’ claim that a Paleo diet, which is supposedly similar to that of our ancestors, can help reverse MS symptoms. Porowski writes that he’s attending “to support pioneer Dr. Wahls in teaching dietary and lifestyle change for those with autoimmune-related illness.”

Dr. Wahls tells Inverse that Porowski was introduced to the Wahls protocol through his sister, who has MS, and that she has “implemented the concept and found it to be quite helpful.” Porowski didn’t respond to requests for comment from Inverse.

According to Wahls, Porowski will attend the conference and a fundraiser for her research. “My impression is that he’s really coming to learn more deeply about what we are doing,” Wahls says.

Porowski‘s participation has angered some online, who have accused him of using his platform of 1.9 million Instagram followers to push pseudoscience, but has validated others, who claim to have had positive experiences with the diet.

Despite Porowski‘s outspoken support, Wahls’ theories have little basis in peer-reviewed clinical research and have been spread mostly through alternative medicine blogs, and a TEDx talk given by Dr. Wahls, who is a professor of clinical medicine at the University of Iowa.

In her talk, Wahls tells her own story of battling degenerative MS. As she slowly declined, being reduced to a reclining wheelchair, she says she developed a specific diet similar to the Paleo diet to match the needs of her cells. “Using the internet, I was able to develop a food plan specifically for my brain and for my mitochondria,” says Wahls. She goes on to describe a miraculous recovery, saying “I became a modern-day hunter-gatherer,” claiming to have gone from almost complete immobility to riding horses and biking over 10 miles in under a year.

The video, which now has over 3 million views on YouTube, comes with a disclaimer, saying that it “falls outside TEDx’s curatorial guidelines,” despite the fact that TEDx is still hosting the video. It illustrates the controversy that has accompanied Wahls’ claims.

Wahls’ advocacy is primarily disputed because there is little peer-reviewed, scientific evidence to support her theory outside of a small clinical trial conducted by her own team, and stories like her own.

Dr. Kathryn Fitzgerald, a research fellow in the Department of Neurology at Johns Hopkins Medical Institute tells Inverse that more study is needed.

“I think much of the evidence evaluating these diets is from anecdotal evidence, and well-designed studies are really needed to evaluate whether they impact the MS course,” she says.

Virtually the only scientific evidence supporting Wahls’ claims is her own clinical trial, which she conducted after her seemingly miraculous experience. The study found that trial participants, all living with MS, who adopted a Paleo diet experienced less self-reported fatigue, and performed better in certain measurements of mobility than control subjects. The only problem is, the study only tracked 17 individuals — certainly not enough people to establish scientific fact.

The randomized study was built upon a body of nutrition research that with a few logical leaps could suggest Paleo would be an optimal diet for MS patients. Gluten sensitivity has been observed at higher rates in MS patients, and low-carb diets have been shown to reduce inflammation (which damages nerves in those with MS) in type-2 diabetes patients. Some fruits and vegetables have also been shown to reduce inflammation generally, but results have been mixed.

While these findings informed Wahls’ experimentation, which supposedly contributed to her personal results with the diet, the evidence is a far cry from scientific proof that a Paleo diet has the power to reverse MS symptoms as Wahls’ purports.

Talking to Dr. Wahls on the phone, it appeared as if she herself doesn’t see her protocol as a panacea, saying that she’s been careful “to not tell MS patients to stop their drugs,” acknowledging that “of course, nothing is 100 percent effective.”

The problem is, much of her public-facing materials don’t come off so nuanced.

“DO YOU SUFFER FROM MULTIPLE SCLEROSIS, AUTOIMMUINE DISORDERS, NEUROLOGICAL PROBLEMS, MENTAL HEALTH PROBLEMS, OR OTHER CHRONIC HEALTH PROBLEMS? DO YOU HAVE CHRONIC PAIN, FATIGUE, OR BRAIN FOG?” the Wahls’ seminar page asks. “Break through the barriers that are limiting the quality of life you desire!” it continues.

Even more, the website promises: “This event will transform your life. You will gain the tools to understand why you became unwell and how to begin repairing your cells and restoring your health.”

The claims, like Wahls’ TEDx video, don’t leave much wiggle room for interpretation or acknowledge that maybe this program won’t work for everyone.

This has been a core frustration for critics with MS. On the subreddit r/MultipleSclerosis, u/mmm3433 explains their frustration, writing: “If one more person asks me if I have tried the Wahls protocol I’m going to punch them. I eat healthy AF and still have MS.”

Others say that Wahls’ misdeeds go beyond overpromising unproven outcomes — suggesting that her work outside of traditional medicine is a simple cash grab. A pass to all three days of Wahls’ workshop will set participants back $1,897. If you want a “Wahls Health Professional Certification,” you can pay an extra $697.

On Twitter, Porowski responded to criticism by claiming that he and Wahls were promoting, “a holistic approach in dealing with symptomatology by eating cleaner, healthier foods.”

“I am certainly not knocking a pharmacological approach, but instead promoting better eating habits as a supplement,” he clarified.

For Queer Eye’s cooking and health expert, the response was very on brand, promoting the benefits of nutrition for everyone.

But, as neurologist Dr. Kathryn Fitzgerald warns, even that may have consequences for MS patients: “There are a lot of aspects of these diets that are common to a generally healthy diet (like high intakes of fruits and vegetables, low intake of processed food), so it may be that these aspects of diet are the critical component rather than adhering to stricter dietary protocol.”

For now, Fitzgerald believes doctors limit dietary advice for MS patients: “I think perhaps we should not recommend MS-specific types of diets without actually evaluating their efficacy in well-designed studies.”