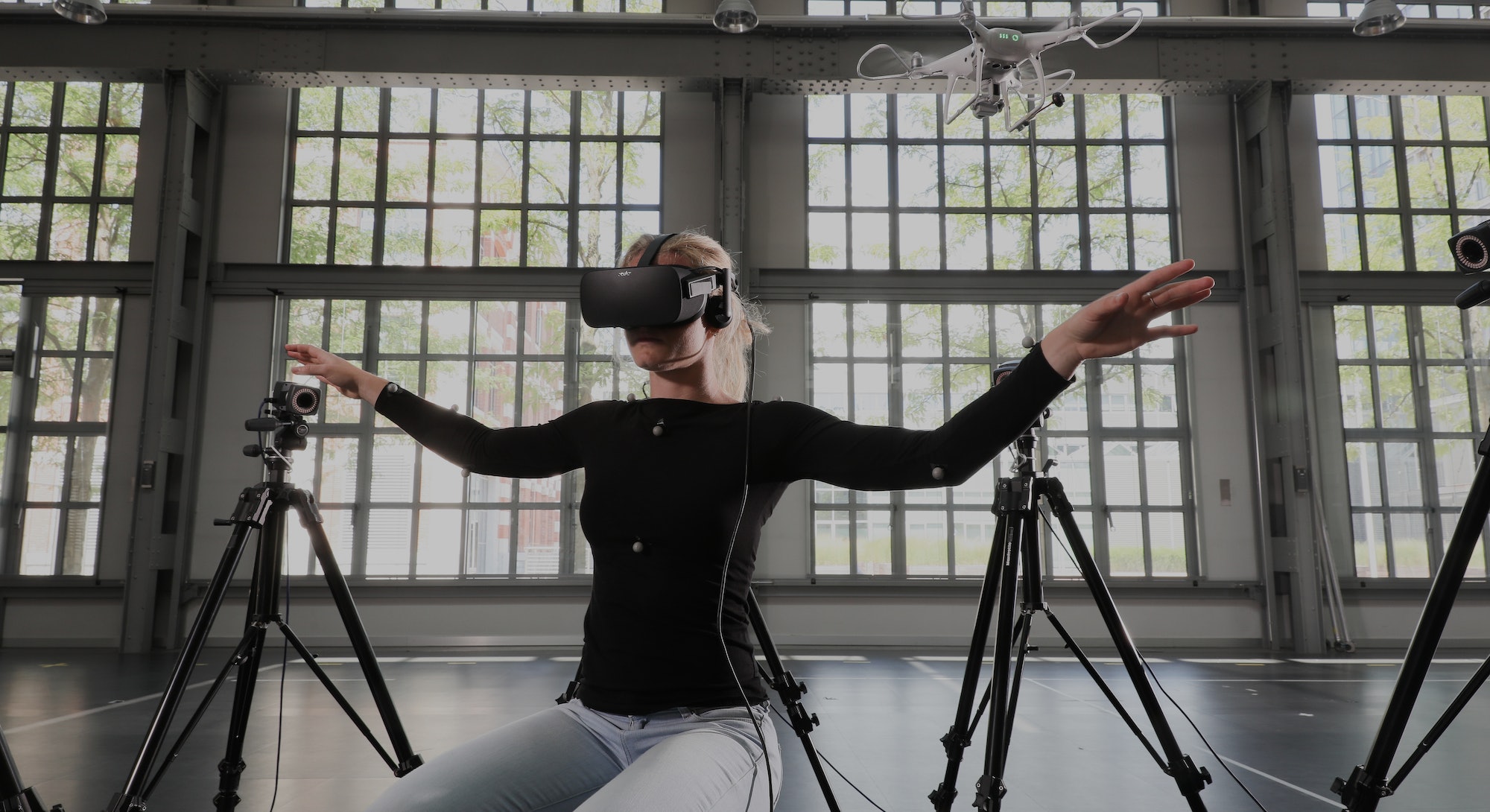 First-person-view goggles have already given drone pilots the ability to soar through fireworks and hover over active volcanoes as if they were quadcopters themselves. But now, a team of researchers at the Swiss Federal Institute of Technology in Lausanne (EPFL) are giving enthusiasts the ability to spread their wings and fly — literally — by developing drones that can be directed by moving your torso.

In a paper published Monday in the journal Proceedings of the National Academy of Sciences, the group proposes ditching joysticks and letting would-be pilots use their bodies as controllers. First-author Jenifer Miehlbradt tells Inverse that this method of flying quads is more intuitive than its video-game inspired counterpart, freeing a pilot’s mental energy to focus on more on their surroundings. This genius new method could replace joysticks for certain tasks within “a few years.”

“We wanted to find an alternative to joysticks to control drones because the link between the movement you’re doing with your hand and the movement of the drone is sometimes difficult to grasp,” she explains. “Our idea was to have your body become what you want to control.”

The team decided to adopt its approach after asking 17 individuals to imagine they were flying, as they watched pre-recorded drone footage with a pair of VR goggles. Miehlbradt observed the motions and muscle activity of her subjects using 19 infrared, motion-capture markers in a lab to identify recurring patterns.

While one person posed like Superman during their fake flight, the majority slightly moved their torsos right or left — a lot like the banking turns airplanes make. Miehlbradt’s team figured out that they could track this simple motion using only four torso markers. This discovery then allowed another team of EPFL researchers — lead by co-author Dario Floreano — to design a wearable suit with built-in accelerometers to take this research out of the lab.

Miehlbradt believes this controlling technique and motion sensing chestplate have the potential to one day be used for scouting out certain areas or enabling drone tours of inaccessible regions.

“Our idea for implementation is more if you want to use a drone to map a scene where there has been an earthquake to search for victims or specific investigational tasks,” says Miehlbradt. “These tasks require you to control the drone and analyze the environment simultaneously, so the cognitive load is much higher. I think having control over the drone with your body will allow you to focus more on what’s around you.”

So in a couple of years, instead of using an RC-controller for your drone you could simply don a suit and some FPV goggles to start soaring, allowing you to better enjoy the sights. Just resist the urge to flap your arms.