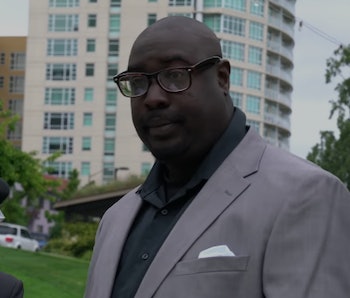 Kenzie Smith, one of the black men who had the police called on him by a white woman now infamously known as BBQ Becky, is running for a City Council seat in Oakland, California. He tells Inverse in an email that he decided to run “to inspire the young people who need to look at voting as a good thing and not a bad thing.”

Smith was nominated to a position on Oakland’s Park and Recreation Advisory Committee. He has reportedly already filed the paperwork to run for the position and has started collecting the signatures he needs to accept campaign donations and build a campaign staff, according to Mother Jones on Wednesday.

Smith faces incumbent Abel Guillén and housing activist Nikki Bas Fortunato in the race for Oakland’s District 2 City Council, the East Bay Express reported last week. Smith told reporters his campaign platform will focus on homelessness and renters’ rights, youth employment, and education. He also told Inverse that keeping spaces available for artists who are being pushed out of Oakland is another main focus of his campaign.

Smith has strong local connections to the community, which makes him a great candidate for a local political council. He and his wife, Michelle Snider, are the co-founders and co-owners of Dope Era Magazine, a local music and culture magazine, Mother Jones reported.

Mother Jones spoke with Smith about his campaign and its goals, and he said he has also helped organize other local initiatives in the past, including resource drives for the homeless and backpack drives for Oakland school children. That sort of experience lends itself well to a campaign focused on issues like homelessness and youth engagement.

Smith rose to national attention when he and another man identified as Onsayo Abram gathered for a small barbecue on the east side of Lake Merritt in Oakland on April 29. Taking issue with their decision to barbecue on a charcoal grill in a non-designated charcoal barbecue area, a white woman called 911 to report them. She was later dubbed BBQ Becky, with memes of the incident going viral and even landing the woman in a parody sketch on SNL.

But Smith clearly wants to be known for more than just a viral internet meme. He and Abram also plan to launch a nonprofit with a focus on youth job and leadership training, in addition to the change he’s trying to foster with his city council campaign — whether he wins the council seat or not. Smith told Inverse that through his campaign, he hopes to “unify our diverse community and bring understanding to all of our needs,” and if he does win, he wants to “create policies and vote policies in that support my campaign platform.”

“Win, lose, or draw, it doesn’t really matter. That’s not what it’s about,” Smith told Mother Jones. “What it’s about is trying to get these young voters to vote, to actually have their voice heard, and also to continue to inspire the younger generation to say, ‘If he can do it, then I can do it, too.”

Ultimately, Smith told Inverse he wants people interested in his campaign to know: “No matter who you are, no matter where you are, just remember, it’s important to get involved in your community and to vote.”

This story has been updated with quotes from Kenzie Smith.

More like this
Culture
Jan. 16, 2023
Nearly 20 years later, a Will Smith sci-fi movie feels like a warning
By Eric Francisco
Innovation
Jan. 19, 2023
A robot choreographer reveals why M3GAN — and all robots — should dance
By Molly Glick
Innovation
Jan. 21, 2023
The 6 best running headphones for small ears
By Megan Gray
LEARN SOMETHING NEW EVERY DAY.
Related Tags
Share: